One DNA, a gender-neutral clothing store, opened their store in the City of Ypsilanti last September.

One DNA, a clothing store in Ypsilanti, prides themselves in offering gender-neutral clothing.

One DNA, a clothing store in the City of Ypsilanti, prides itself on being gender-neutral as it offers all inclusive items for its customers.

One DNA, at 216 W. Michigan Ave., was initially co-established in New York City, by life partners Simon Black and Travis Weaber about five years ago. Weaber, an Ypsilanti native, decided during the COVID-19 pandemic to move himself and Black, as well as the company, back to his hometown to be closer to relatives.

“We lived in New York for about 10 years,” Black said. “We funded the business ourselves, started it ourselves and had no outside help, it’s just the two of us.”

They brought their store to Ypsilanti last September, bringing with them a brand that anyone could wear, no matter what they identify as.

“Every piece we’ve ever made is gender neutral,“ Black said. “Dresses, shirts, and pants. Outerwear is what you’d summarize it as."

“The people in the industry, sewers and pattenmakers, at the time when we first started didn’t know what gender neutral was. People asked, 'well what does that mean?' We responded with 'it’s not mens, and it’s not women's. It’s for anybody that identifies how they want.'”

Black and Weaber design and make all their clothes themselves, making sure each piece is able to fit anyone who wants it.

“When we design shirts, we make sure the shoulders fit, for various body types,” Black said.

Their original concept and design is “Women Are Powerful” as seen on various items, such as hats and sweatshirts throughout their store. Different companies buy One DNA’s clothes and sell them at their stores as well, creating more exposure for their brand.

“You can get it on our website, as well as Pacsun and Urban Outfitters. They buy the tops from us,” Black said.

The store is temporarily closed due to renovations. The owners stated that One DNA is due to open back up around the weekend of Friday, Oct. 15.

Those interested in seeing what One DNA has to offer, can check out their items at their website: onedna.earth. 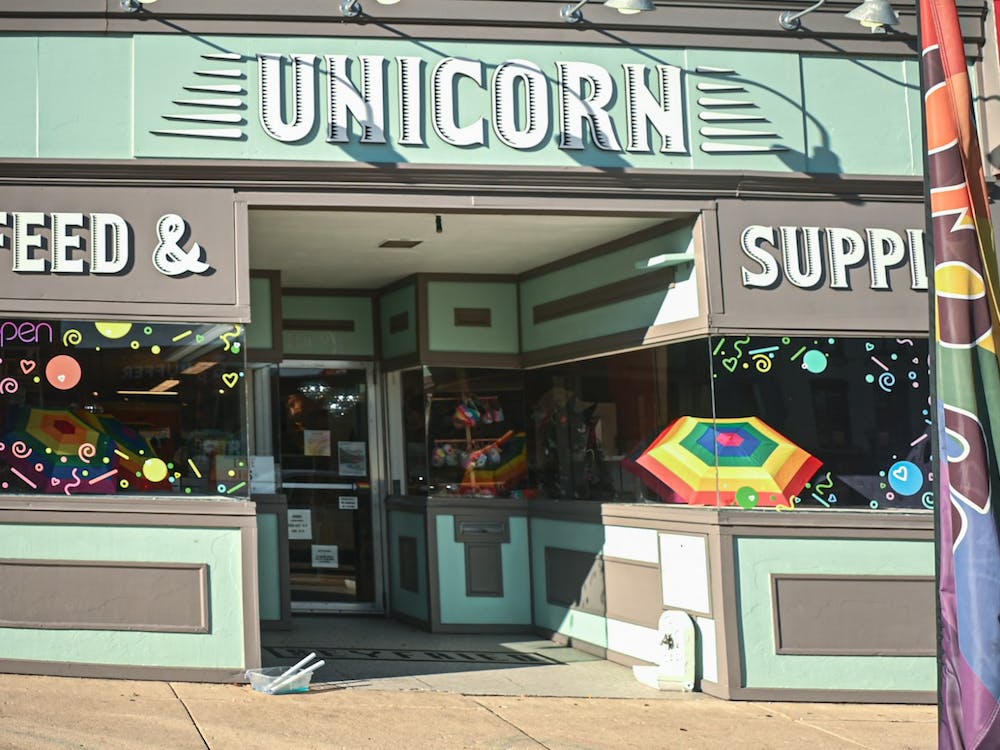