By Blake McQueary
Adam Karr and Adam Karr
Eastern Michigan sprinter Aaliyah McKinney competes in the 60m dash during a triangular meet against Central Michigan and Oakland in Ypsilanti, 23 Jan.

The Eastern Michigan University mens’ track and field team won its second consecutive Mid-American Conference Indoor Championship on Saturday, Feb. 26, inside the Kent State Field House. EMU would total a score of 166 and edge the University of Akron, who finished in second place with a score of 156, to hoist the trophy.

EMU womens’ track and field finished in second place over the weekend with a total of 84.5 points, trailing only Akron who finished with 117.5.

The two-day event began on Friday, Feb. 25, followed by the second day of meets on Saturday, Feb. 26.

Transitioning to the other side of the track, the Eagles found themselves in a great position with sprints and hurdles.

The womens’ team was led by junior Alysse Wade, earning a season-best time of 8.51 in the 60m hurdles prelims to advance. Angel Gazaway earned an 8.75 time, and Breanna Cavanaugh earned an 8.64 time, earning advancements for both teammates.

Senior Kadian Clarke dominated the weight throw, garnering gold in her first career MAC title. Clarke threw a 20.33m and was the only thrower to reach the 20-meter plateau.

In the men's heptathlon, senior Skyler Lester finished top three in each event, placing first in the 60m dash and high jump.

After five events, Eastern Michigan University led the mens’ competition with 52 points, followed by Akron with 47.

A dominant showing from the men's distance runners opened the second day of the MAC Indoor Championships. Magnusson won the mile with a 4:07.00 time, as wells as the 3000m with an 8:20.72 time. On top of his first place finishes, Magnusson claimed third place in the 800m race.

Magnusson’s electric performance resulted in 36 points for EMU and the MVP award.

Almighty Williams of the womens’ track team was crowned champion of the 60m hurdles after timing at 7.93. Junior Alysse Wade finished third with a career-best time of 8.38 in the 60m hurdles.

In the field, Chukwusome Enekwechi finished second in the shot put with a mark of 17.41m. Classmate Baboucar Sallah-Mohammed notched a leap of 15.62m, placing third in the triple jump. Senior Quintella Johnson placed second in the high jump with a clearance of 1.75m.

Skyler Lester finished third overall in the heptathlon with 5265. Lester’s performance is recorded as the third-best heptathlon point total in EMU history.

The final mens’ team standings from the event concluded; EMU finishing in first place with 166, Akron in second with 156, Kent State in third with 134, and Buffalo in fourth with 64.

The final women’s team standings from the event concluded; Akron finishing in first place with 117.5, EMU in second place with 84.5, Northern Illinois in third place with 70, and Kent State in fourth place with 68.

As Magnusson brought home the MVP, he wasn’t the only Eagle who earned an accolade. Director and Head Coach, Sue Parks, was named men’s Coach of the Year in the MAC.

Up next, the Eagles will see if any marks qualify individuals for the NCAA Indoor Championships on March 11-12. 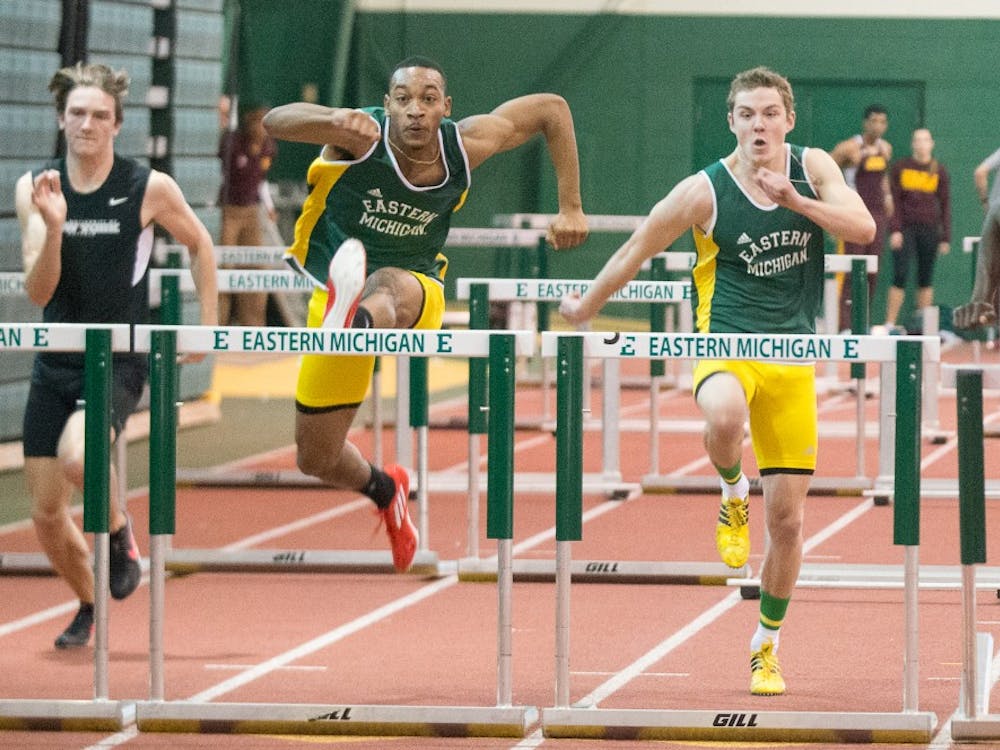 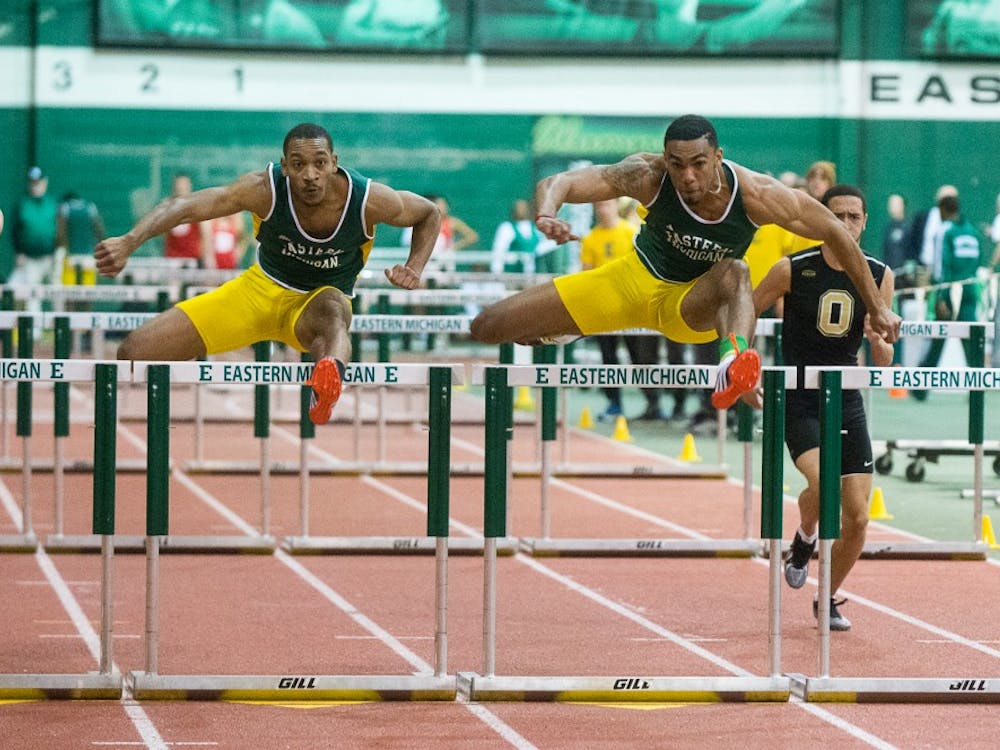