Ongoing peace negotiations between Russia and Ukraine are met with little success as the conflict between the two escalate.

Over five weeks after Russia invaded Ukraine, the U.S. continues to lend support to Ukraine and stresses the importance of international cooperation to repel Russian aggression amid several key events on Friday, April 1.

Casualties have been reported on both sides since the Ukraine-Russia war started on Feb. 24 after Putin announced Russia’s plan to launch strategic missile strikes that would target multiple key cities in Ukraine.

Renewed efforts to evacuate residents of Mariupol, a city in southeast Ukraine close to the Russian border and the separatist-controlled area, are underway this weekend with the help of the International Committee of the Red Cross after the failed attempt on Friday.

“The United States will continue to utilize all available tools to support Ukraine’s Armed Forces in the face of Russian aggression,” Pentagon Press Secretary John F. Kirby said in the announcement.

In addition to this announcement, the U.S. has also recently released a joint statement with the European Union, in which they condemn the actions of the Russian government against Ukraine, call out the Belarus government for enabling Russian forces, and reiterate their joint efforts to implement sanctions on Russia.

Shortly after these statements were released, the Russian Federation accused Ukraine of allegedly escalating the war after a fuel depot in Belgorod, Russia, was hit. This marks the first attack on Russian soil since the conflict began in late February.

After the fuel depot attack in Belgorod, the Ukrainian government did take notice of reports of Russia’s expansion for their spring military draft campaign.

“We note, that against the background of the ongoing war with Ukraine, Russia has increased the number of people who will be drafted within the spring conscription campaign,” the Ministry of Foreign Affairs of Ukraine said in a recent statement.

“We stress that the international humanitarian law prohibits forcing of protected persons to serve in the armed or auxiliary forces of the Occupying Power,” the MFA of Ukraine said. “It is also forbidden to exercise pressure and propagate in favor of voluntary military recruitment.”

Peace talks will continue throughout the next week with the discussions between Russia and Ukraine continuing to be held in Turkey.

Head of the Servant of the People faction and Head of the Ukrainian delegation, David Arakhamia, announced on March 29 that the Ukrainian party has produced an outline of its proposals for the peace talks. 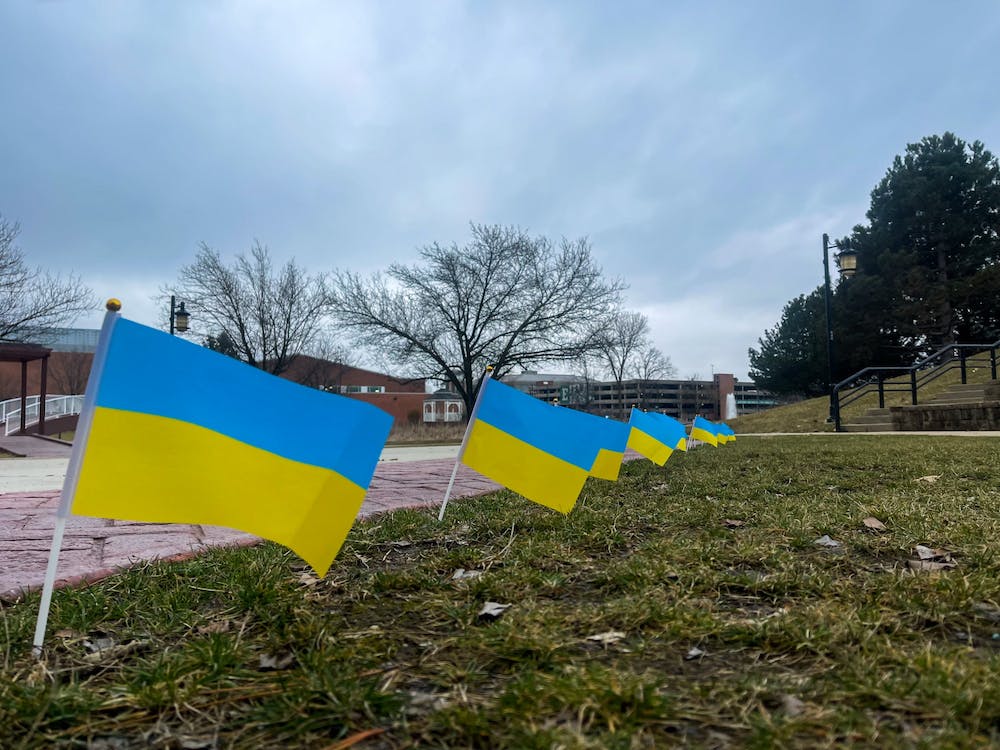 'The world will hold Russia accountable.' Biden and world leaders respond to Russia's attack on Ukraine