The Eastern Michigan University women’s basketball team (4-0, 0-0 MAC) hosted the Indiana University – Purdue University Indianapolis (IUPUI) Jaguars (3-3, 0-0 Horizon) inside the George Gervin GameAbove Center on Wednesday, Nov. 23. The Eagles’ defense was a problem for the Jaguars as the Eagles forced 17 turnovers and outrebounded the Jaguars 45-31 to soar to a 71-49 win.

In the second quarter, EMU continued to expand their lead as they jumped out to a 27-9 lead after going on a 7-2 run. The Eagles would continue that advantage as they went into halftime up 35-19, after attacking the paint again, scoring 10 of its 16 second-quarter points in the box.

EMU would continue its in-the-paint dominance in the third quarter as they scored half of their points, eight of 14, in the paint to extend their lead to 49-34, entering the fourth quarter.

The Eagles expanded their lead to 58-40 before going on another 5-0 run, finished off by sophomore Lachelle Austin's three, to grow the lead to 63-40 with 4:10 left to play. The Jaguars cut their deficit somewhat before the game was over, but the Eagles still cruised the rest of the way for the 71-49 win.

Sophomore Lachelle Austin was one of the three Eagles that scored in double figures as she finished with 19 points, seven rebounds, and two steals.

EMU's 4-0 start is the first for seventh-year Head Coach Fred Castro and marks the best start of a season during his tenure, topping the team's consecutive 2-0 starts in the 2017-18 and 2018-19 seasons.

The Eagles will continue their home stretch on Thursday, Dec. 1, when they host the North Dakota State University Bison inside the George Gervin GameAbove Center. That game is scheduled to tip off at 7 p.m. and will be streamed on ESPN+.

For more information and to stay up-to-date with all things EMU women's basketball, you can visit EMUEagles.com. 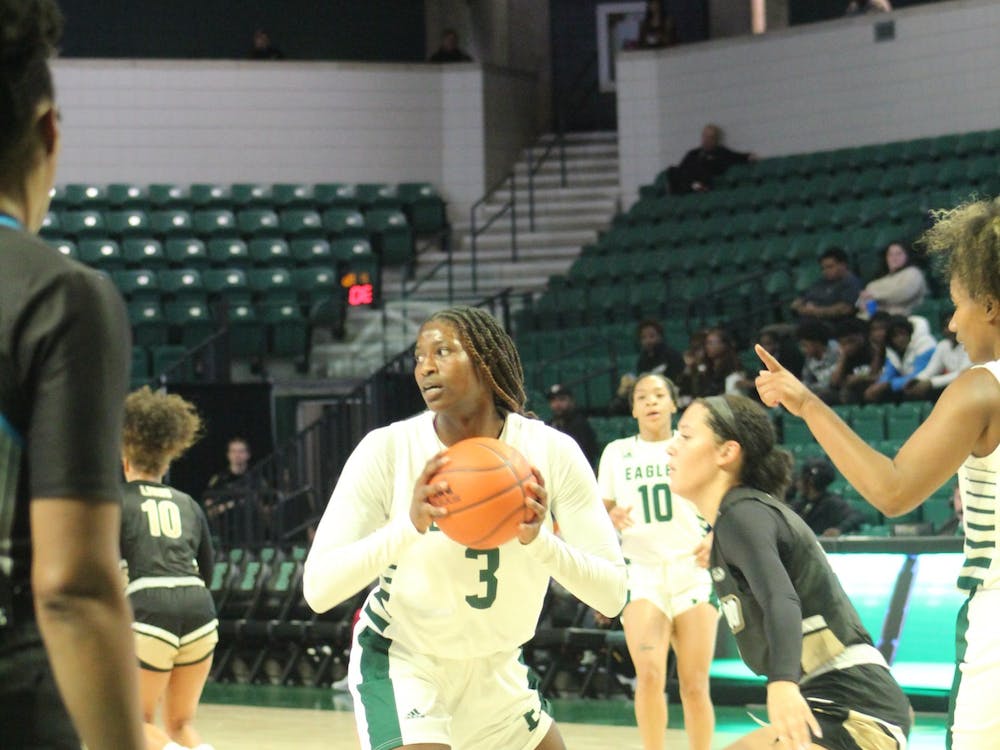