Students have complained about parking problems relentlessly and we have the answers from administrators.

With only 17.5% of enrolled students living on campus, Eastern Michigan University is considered a commuter campus. Majority of the 14,048 students enrolled in classes drive—and park—on-campus on a daily basis.

On Sept. 25, the university closed one of the most popular places to park, the only multi-level parking structure on campus, which had 784 spots and is in a central location to many classroom buildings. The closure sent many commuters on the hunt for new parking, including chemistry major Holly Stefanek.

“The parking passes have increased in price drastically since my freshman year and the extreme lack of lots, especially with the now closed parking structure has made parking on campus very difficult,“ Stefanek said.

University administrators reported that 79.2% of EMU’s students attend class on campus at some point during the week. A few others, about 20%, attend online only.

A parking lot map created by the private company that manages campus parking shows 21 commuter lots on campus. However, one of those is the closed parking structure. Another one is the business school in downtown Ypsilanti, which the university sold in June.

Additionally, seven of those lots prohibit daytime parking by commuters, allowing access only after 5 p.m. Several of those lots are for commuters and university staff. Some also are available to those living on campus.

The most popular commuter lots are Mark Jefferson (or Science Complex lot) on the southwest corner of campus, Oakwood on the west side, and Pease to the south, near the main entrance off of West Cross Street. Mark Jefferson has 433 spaces. Oakwood has 106. Pease has 112. Those lots are the closest to the majority of classroom buildings, fueling the competition for those spots.

University administrators acknowledged the inconvenience caused by the structure closure, and said ample permitted parking is still available, just not as close to the classroom buildings as students might desire.

“The parking system has been the same for many, many years and tends to be on the outside of the campus area, as is the case at many universities,” Melissa Thrasher, director of media relations at EMU, said in a written statement. “The supply and demand of the parking system is still significantly in favor of supply, which anyone can witness any day during the peak times around campus—namely in the North Lot and Green lots.”

In 2017, EMU privatized parking under a 35-year agreement with LAZ Parking, a company that handles university and government parking systems. Park EMU is the name of the operation that runs EMU’s parking system, including enforcement, customer service, and assistance under the LAZ Parking management.

“I have a hard time believing that I should have to walk across campus to my classes when I paid so much money to park closer to my class buildings,” Taylor Harris, a biology student at EMU, said in a written statement. “In addition to the paid lots, why should I have to pay so much per hour to park near my class buildings when I’m paying so much money to even park.”

Five pay lots are also available on campus for a cost of $2 an hour with a max price of $14 a day.

“The pay lots on campus are generally situated around areas where guests will most likely be coming to campus for events, not where academic buildings are,” Thrasher said.

She also said the pay lots are designated mostly for non-students coming to EMU for special occasions, but the location of the lots could make parking more accessible to students. However, students with parking passes are not able to park in the lots without paying the fee.

According to a chart provided by EMU administrators, the likelihood of finding a spot in a desired space after 9 a.m. is slim, so arriving on campus early is the best bet for getting a close parking space. Other than that, available permitted parking can be found in the North and Green lots which are about an eight to 10 minute walk to Mark Jefferson.

“The winter weather is an unfortunate part of living in Michigan," Thrasher said. “However, there is ample available parking on campus at all times every day—and within a reasonably short walk (8-10 minutes).”

Students who talked to The Echo about their parking experience said it is less than optimal at EMU, feeling heavily affected by the price of a permit and availability of parking. Students also have been critical of the parking situation on the EMU Engage app and the social media site Reddit.

Thrasher said the price increases reflect the costs of repairs and maintaining the lots. She also said the ability to park close to academic buildings is a problem on many college campuses.

“We don't want anyone to feel slighted by the parking experience on campus,” Thrasher said. “Parking is a necessary aspect of being a commuter on any college campus.”

While administrators maintain the position that ample permitted parking is available for students on campus, students overall seem to disagree.

“I’m not going to use the paid lots to park near my class buildings when I’m paying nearly $200 per semester,” Harris said. “It sounds like a broken record but Eastern needs to do better.” 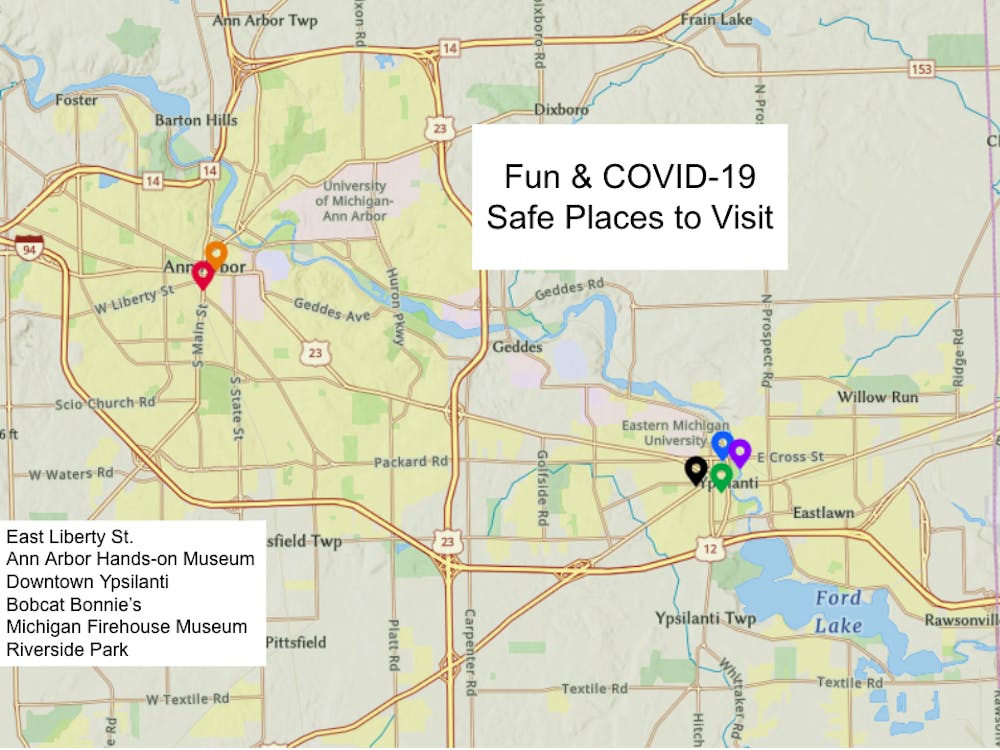