The Eastern Michigan University women’s basketball team was in Kent, OH on Wednesday, Jan 18 where the Eagles fell to Kent State 79-66 inside of the M.A.C Center, despite senior Irekpitan Ozzy-Momodu leading all scorers with 22 points which is a new high at EMU for the center.

Ozzy-Momodu shot an efficient 78.6 percent on 11 for 14 from the floor while also grabbing six rebounds off the glass and recording two steals.

Sophomore guard Lachelle Austin was the other Eagle to score in the double-digits with 10 points while collecting five rebounds of her own and grabbing three steals.

Finally, the versatile junior Ce’Nara Skanes put her imprint in the game with seven points, a game-high eight boards, and dished out five assists.

A slow start and four turnovers in the first quarter of play set the Eagles behind by a margin of 14 points until freshmen Olivia Smith converted, the and-one, three-point play on a lay-up and the free throw to bring EMU within 11 and the score to 24-13.

The Eagles played much better defensively in the second quarter and held the Golden Flashes to just 14 points compared to the 24 in the first quarter. EMU even worked the deficit down to just six points until Kent State’s leading scorer freshman Corynne Hauser hit a buzzer-beating three to end the first half and extend the Golden Flashes’ lead to 38-29.

Coming out of the break the momentum would stay with Kent State as the team would stretch the lead to 15 early in the third quarter of play. EMU would buckle down on defense at this point and the Eagles prevented the Golden Flashes from scoring for nearly three minutes of gameplay and chipped away offensively until the game was with five points and EMU only trailed 46-41. Kent State would cancel out this effort and rebuild the team’s double-digit lead as the game progressed into the final quarter.

In the fourth, the Eagles would face their largest deficit of the evening as Kent State enjoyed a 19-point lead with 7:15 left on the game clock. EMU and specifically Ozzy-Momudu wouldn’t go away silently as the games leading scorer scored eight consecutive points for the Eagles which would help the team experience a 6-0 run and cut Kent State's advantage to 11. That’s about as close as EMU could get before ultimately falling to Kent State 79-66.

Next up the Eagles come home to host a doubleheader with the men’s team inside the George Gervin Game Above Center against NIU. The women will tip off at 1:00 p.m. on Saturday, Jan. 21. and the men will play thirty minutes after the conclusion of the women’s post-game show. Coverage of the games can be found on ESPN3 and ESPN+.

For more information on the Eastern Michigan women’s basketball team, you can listen to "TheBlockE Podcast" weekly for in-depth analysis and stats. 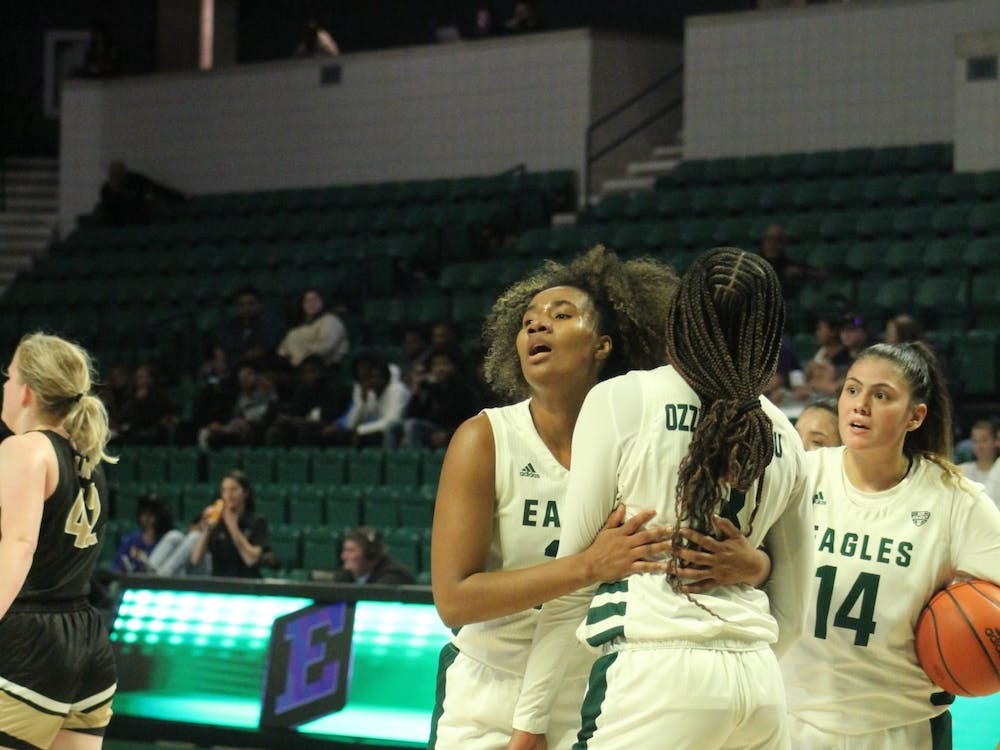