It’s that time of year again when Americans are reminded of how far this country has come in terms of facing adversity and restoring equality. Even with reminders like Martin Luther King Day, we often don’t realize how many hardships and struggles have been left out of our history books.

This weekend, Eastern Michigan University students will get the chance to see a part of American history that many have not heard about: The staged reading of “Shaking Earth” will show a glimpse of American life in the late 1930s during sharecropper protests in the Bootheel of Southeast Missouri.

The sharecropper’s protests were a precursor to the nonviolent protest movement, and one of the few protests of its time that included black and white sharecroppers, who came together to fight for their rights.

The show features a fictional account of two 11-year-old girls, one white and one black, living in a time when they weren’t allowed to be friends. The show focuses on the families’ relationships during a troubling time in history.

This is a staged reading, which means there will be no set, no costumes and the actors will have their scripts on stage with them. Afterward, audience members will get a chance to discuss their feelings about the show and any suggestions they might have.

Director and EMU lecturer Meriah Sage said above all else the event will offer entertainment.

“This show is not only about actors and playwright but also about the audience,” she said.

The actors involved are also very excited about putting on this show. Freshman Elizabeth Wentzel, who plays Mally, said, “I wasn’t expecting the role I got and it’s really fascinating to be part of the rewrites throughout the process. I’ve never done a play where there is audience discussion.”

Be a part of the creative process for a show featuring important events in American history. Shows will be on Jan. 25 and 26 at 7 p.m., and Jan. 27 at 2 p.m. at the Sponberg Theatre in the Quirk Theatre Arts Building. Tickets are $7 and the show is a Learning Beyond the Classroom approved event. The show is recommended for ages 11 and up. 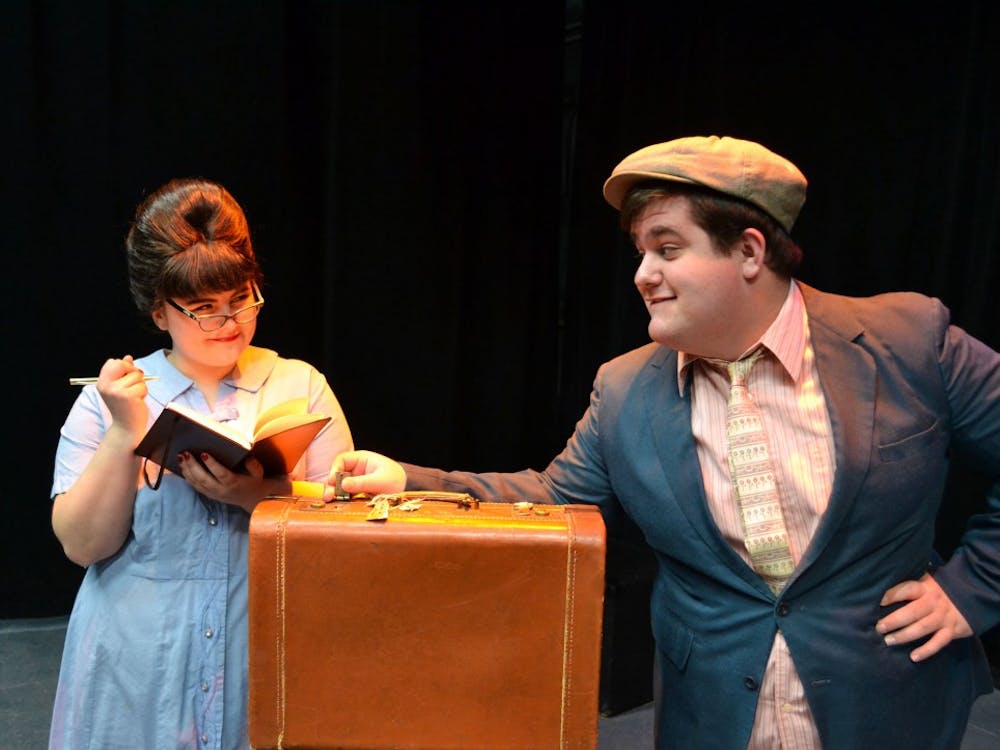