Ethan Smith, student body vice-president, and Hajer Abuzir, honors programming fellow, are running to be the next president and vice president of the student body at Eastern Michigan University.

YPSILANTI -- Ethan Smith was the first to announce his candidacy for student body president and hopes his voice will speak volumes to the administration.

“It’s not about just saying why we’re good,” Smith said in an interview with the Echo. “We have to support the students that are here, we have to meet their needs depending on who those students are.”

Smith, currently vice-president of the student body, is running with Hajer Abuzir, an honors program fellow.

If elected, Smith and Abuzir would urge the university to conduct a comprehensive food study that would find whether the students are getting enough food options to meet their nutrition or fit their religious diet.

“If the numbers come out and the students are angry about it, which they should be, they’ll be forced to take action,” Abuzir said.

Smith hopes that institutional reform to decrease student’s food insecurity would be an issue EMU can lead on.

“We say we’re a university of opportunity,” Smith said. “This is a way for us to show that.”

Smith and Abuzir hope to improve the communication between organizations that help aid international students on campus. By bringing them to one location, instead of being scattered across campus, they’d hope to unify them so they can share resources with one another.

Improving housing for international students and low-income students is another point their campaign has raised. They want to urge the university to provide the option for on-campus housing over breaks for students who wouldn’t have anywhere to go. They’re also calling for a campus-wide housing study and hold the university to Student Government’s four demands when it comes to privatizing housing.

Smith was appointed vice-president in early October after Caity Steur, former vice-president, resigned. He was a senator for the two years prior and has been involved in Model United Nations, Alternative Spring Break and the Vision Volunteer Center. He also served as president of the Economics Club.

“I really try to keep busy and engaged in the community, but Student Government has always been my thing,” Smith said.

Abuzir, Smith’s running mate, is a programming fellow at the honors college and has worked there for three years. Some events Abuzir is involved in planning include the Arab Heritage Festival, bi-weekly coffee hours, as well as numerous other events for the college. She also founded Eastern’s only running club. She doesn’t have experience with Student Government but hopes to bring a new perspective to the table.

Smith and Abuzir, both juniors, were the first to announce they’d be running for student body president and vice-president, filing their campaign packet and 300 required signatures.

Voting for student body president will take place March 27 - 28. Election results will be released Thursday at 7 p.m. on the Student Government Facebook page. You can vote online at my.emich.edu. 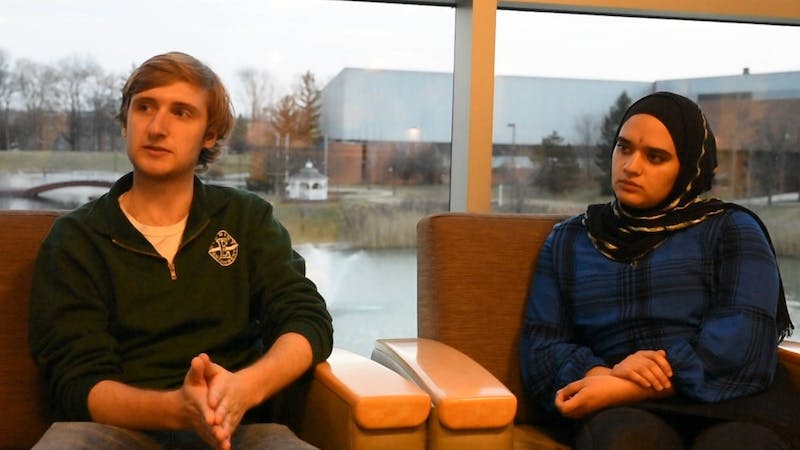 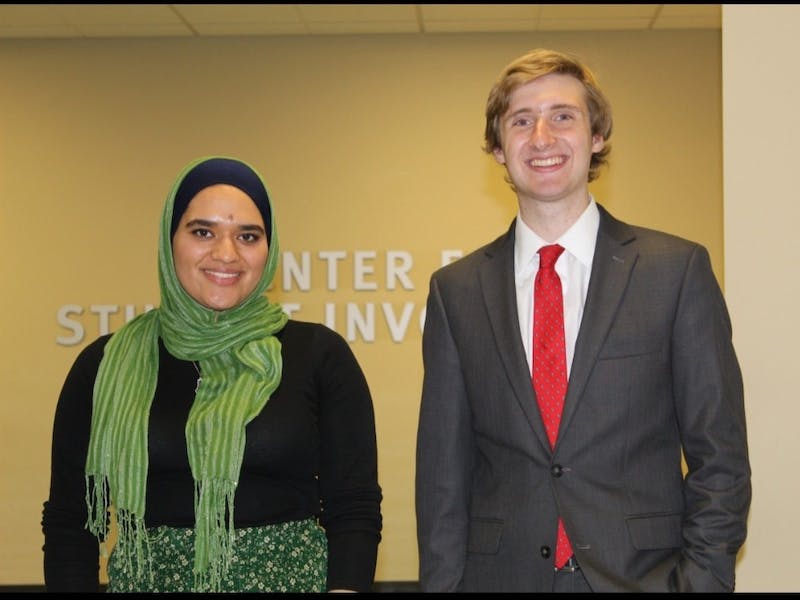