Former Eastern Michigan defensive lineman Maxx Crosby was drafted on Saturday by the Oakland Raiders with the 106th overall pick. The 6-foot-5, 255 pound prospect is second in EMU history in sacks (20) and tackles for loss (41). The pick on the television broadcast was made from the new Raiders stadium location in Las Vegas, where the team sets to move to in 2020.

Crosby’s career playing for the Eagles was stacked with honors. He was named first team All-MAC the last two years, the third defensive player drafted in EMU history to do so. In 2017, Crosby earned the Eagles’ team MVP. The edge-rushing specialist is from Colleyville, Texas. Before Texas, Crosby grew up in Michigan until he was 11-years-old. He was a two-star recruit coming out of Heritage High School in 2015.

“We were the only team that offered him a scholarship. He was a big and long, tight end, defensive end basketball player with huge hands,” Eastern Michigan head coach Chris Creighton said. “He came in and weighed about 217 pounds. He shrunk and lost all this weight, but then from that point on, he started gaining good weight.”

Raider’s coach Jon Gruden and general manager Mike Mayock picked Crosby in the fourth round, the team’s fifth pick of the draft. They had the most picks set this year out of any NFL team, after a 4-12 record in 2018. Here are the previous players selected by Oakland before Crosby.

Oakland acquired All-Pro wide receiver Antonio Brown in March, as well as linebacker Vontaze Burfict and safety Lamarcus Joyner. Crosby will have competition to play in a starting position in 2019. The defense is a focused part of the rebuild for the team, in addition to surrounding quarterback Derek Carr with offensive weapons.

Eastern Michigan had two alumni on active rosters in 2018. T.J Lang recently retired on March 29. After two seasons on the Detroit Lions. The offensive lineman had two Pro-Bowl years with the Green Bay Packers, who drafted him in the fourth round in 2009. Running back Darius Jackson was drafted by the Dallas Cowboys in 2016 and was moved around the league, until returning to Dallas in October on the practice squad.

“As a freshman, Crosby was redshirted and was our scout team player of the year in his first year here. He was that next in line guy and he got better every year,” Creighton said. “He has that it-factor that you look for.”

Here are some other EMU players drafted in the NFL over the past two decades: 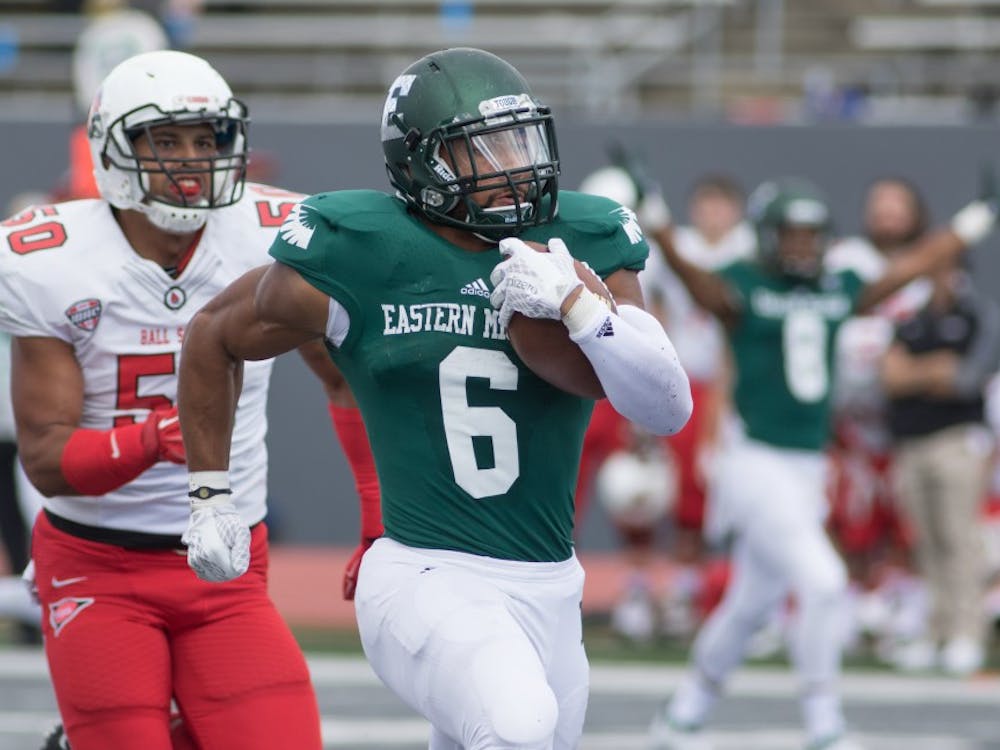