Major League Baseball is 40+ games into its regular season, and these are stories to know going forward.

For the first six weeks of the 2019 MLB season, some things have gone unexpected. Other players and teams around the league are living up to the hype which was surrounding them in the early months of preseason. Here is a recap of what has happened in the MLB so far this year.

Teams that fell short or have exceeded expectations:

The 2018 World Series champion Boston Red Sox went into this season having personnel to light up the box scores and pitch well on the mound. They started out with a 6-13 record by April 17 and the pitching rotation had an earned run average of more than seven. It was a historically bad start for them, but they’re currently 22-20 record four weeks later.

Bryce Harper’s departure from the Washington Nationals was a milestone for the outfield slugger as he signed a $330 million contract with the Philadelphia Phillies. Washington retained All-Star pitchers for this season but have fell short of a .500 record. Harper isn’t putting up MVP numbers right now for the Phillies, but his team is first place in the NL East.

The New York Mets are right around .500 and have beaten solid teams like the Milwaukee Brewers and the Minnesota Twins. They are without All-Star outfielder Yoenis Cespedes, who had double heel surgery last year and is still in recovery. A return later this season has potential for the Mets to rise over the .500 record mark as they sit at 20-21 for now.

Players on the big stage:

Chicago White Sox shortstop Tim Anderson is a league topic of discussion as of late. He is hitting better than .300 and is at the top of the stolen base leaderboards. It was one play in April that made his name trending, though. Anderson hit a long home run that gave the White Sox the lead over the Kansas City Royals. Controversy ensued in a later inning because Anderson forcibly pushed his bat to his dugout in response to his home run.

He led off the sixth inning when pitcher Brad Keller hurled a fastball near him. Heated arguments started and the benches cleared on both sides to go break up the action. Anderson’s bat flip created hysteria on the field and on social media. The play put the action of bat-flipping into question, if it is disrespectful to the game. Anderson was suspended one game and Keller was suspended five for their actions.

Elsewhere in the league, some young stars are continuing to build their reputation in the MLB. Names including Christian Yelich from the Brewers, Vladimir Guerrero Jr. from the Toronto Blue Jays and Casey Mize from the Detroit Tigers. Yelich is slugging in Milwaukee with a tie for the league lead in home runs. Guerrero Jr. is making his mark on the league after getting called up, while Mize is showing off in the Tigers’ farm system on the mound with a 0.60 ERA and 4-0 record.

Summer will be a long stretch that usually separates the contenders from the pretenders. Teams like the Los Angeles Dodgers and Houston Astros have put together summer win streaks in the last few years, so they possibly could heat up again. One team already on the rise as of late is the Chicago Cubs. 2018 was a difficult season for the Cubbies, but they are at the top of the NL Central. Surprises are always in store the MLB, so we’ll have to wait and see who steps up!

EMU Baseball Swept Over the Weekend 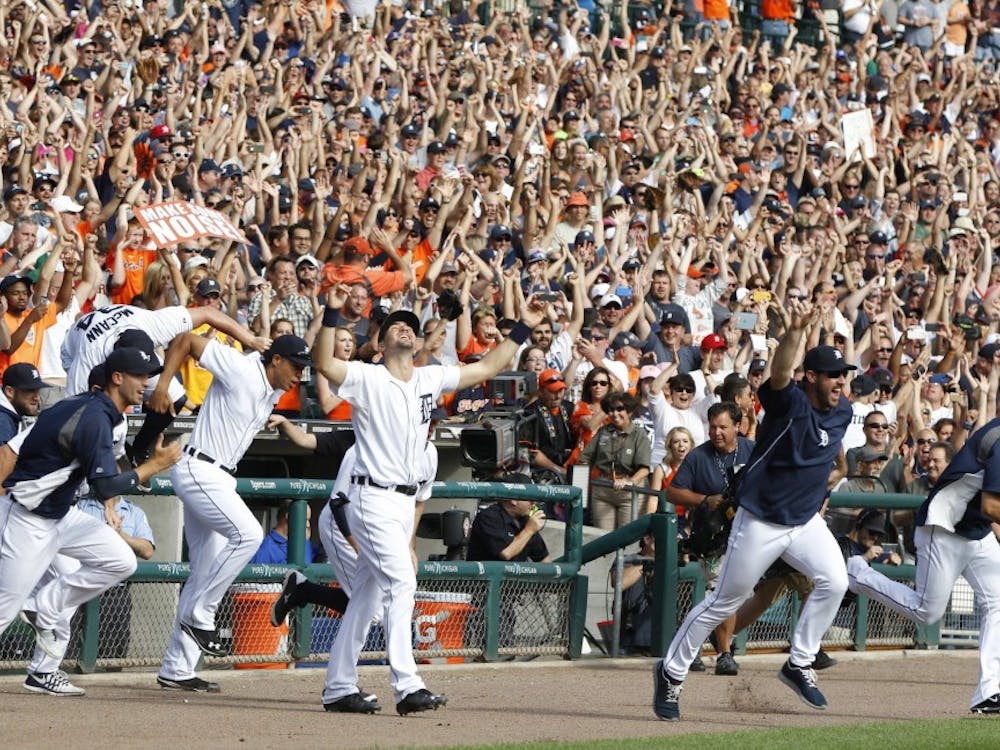 COLUMN: This is the year for the Tigers