If you follow high school sports in Downriver Michigan, you most likely know the name Frank Wladyslawski. He is a multimedia sports journalist that reports for the News-Herald and Dearborn Press & Guide. His section for the News-Herald is called the “MI

If you follow high school sports in Downriver Michigan, you most likely know the name Frank Wladyslawski. He is a multimedia sports journalist that reports for the News-Herald and Dearborn Press & Guide. His section for the News-Herald is called the “MIprepzone," where he and his team of freelance reporters get the latest games and tournaments covered for the Downriver and Huron leagues.

“It is time-consuming, but it is worth it.”

He recalled when he was just starting for the paper.

“While I was there freelancing, within a few months a full-time job opened up. I’ve been there ever since.”

He manages a team of freelance journalists that cover anywhere from hockey, to wrestling, to competitive cheer. Since he does have flexibility with schedules, he gives assignments for his team to get coverage on the high schools in the area.

“For the most part, I’ve been working by myself at the News-Herald, that is since around 2016,” Wladyslawski said. He doesn’t need to go to the offices much, as digital journalism is his focus for working at the News-Herald.

Daily routines with the job are “editing stories, checking names on players, going through photos, and uploading to the web.” He says he works from home during most of his work week. “I get out to cover games for maybe about 10 hours a week.”

Before Wladyslawski started covering sports, he was regularly attending city council meetings. He worked for Patch.com for two years, where he found his way back into being a journalist. It was one day that he had a different assignment other than city politics.

“My boss asked me to cover a baseball game. I said, ‘Baseball?’ I hadn’t done any sports yet. So, I went and that is when I started getting experience with what I do.”

Wladyslawski grew up in the Downriver area in Lincoln Park. He attended Saint Frances Cabrini High School, a catholic co-ed institution in Allen Park. There he played sports like football and basketball, but was struggling through his academics. “I didn’t have the best GPA, I was sitting at around a 1.7,” Wladyslawski said. It was around his freshman year when he improved in the classroom.

“I had an English teacher that really pushed me I high school. I feel that is when I realized that if I put forth the effort, that nothing was that difficult. He made writing fun, too. I always liked to write, and my skills got better after taking his class.”

Wladyslawski graduated from Eastern Michigan University in 2001 with a double major in journalism and geography. He was involved with the Eastern Echo, and enjoyed classes like ‘News Writing and Reporting’. “I wish I got even more involved with the Echo, I could have developed some skills earlier,” he said.

Now 44 and living in Wyandotte, Wladyslawski plans on heading for vacation next month to Florida. “I always enjoyed traveling. I traveled after college and got some cool experiences.” He says he will meet a friend or two when he is down in central Florida to catch a few Detroit Tigers spring training games. On the topic of Florida, he talked about that weather compared to Michigan. Hurricanes and storms were not part of his interest when saying if he would move there.

For now, he plans on working with sports journalism. In the future, he mentioned starting his own consulting practice. “I feel schools and businesses could use someone to help with media,” Wladyslawski said. “I notice some right now that aren’t promoting themselves enough and could benefit from social media consulting.” 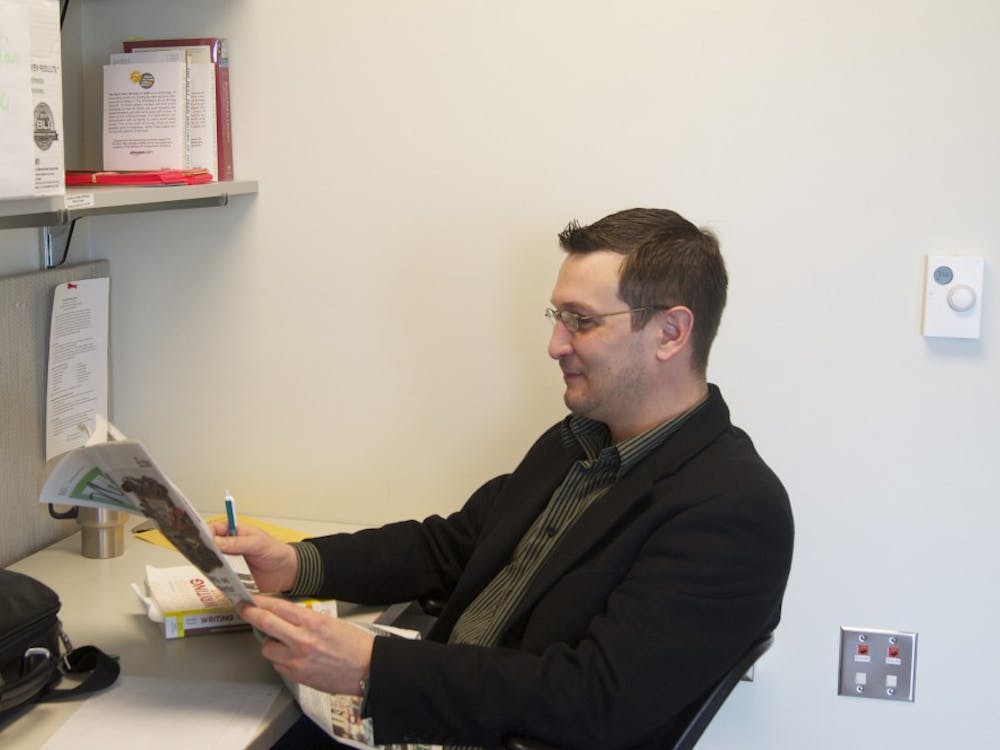