One of the campaign issues that has distinguished Buttigieg from his 23 other competitors is the issue of democratic reform. This includes reforming the Supreme Court, ending the corrupt influence of money in politics and ending gerrymandering, among othe

By Austin Elliott
Marc Nozell on Flickr | Pete Buttigieg talks to voters on the campaign trail.

It’s time for the next generation of leadership to step up. We can define the next era, but only if we work together and only if we start now. Are you with us?

Pete Buttigieg was a relatively unknown mayor of a medium-sized city in the Midwest just a few months ago. Now, he is a rising star in the Democratic presidential primary.

Buttigieg commands the attention of Democrats all over the country, having solidified his position in the top tier of candidates as he polls nationally in third or fourth place.

Democratic reform is one of the campaign issues that has distinguished Buttigieg from his 23 other competitors. This includes reforming the Supreme Court, ending the corrupt influence of money in politics and ending gerrymandering, among other proposals.

“Too many communities have been denied their voice in the political process while our democracy has been captured by special interests and those with the greatest economic power,” according to Buttigieg’s website.

It’s true that the U.S. is starting to feel more like an oligarchy than a democracy. For years now, the American public has overwhelmingly wanted money out of politics. A CBS News poll from 2015 found that 84% of Americans think money has too much influence in our elections and 85% think that either fundamental changes are needed to election financing or that the system needs to be completely rebuilt.

In a time when money in politics has such a dramatic impact on our elections, Buttigieg is advocating for a small-donor matching system for federal elections, in which elections will be publicly financed with small donations being matched. This allows for ordinary people to run for office without needing huge networks of donors.

Buttigieg also wants to see Citizens United overturned. The disastrous 2010 Supreme Court case gave corporations first amendment rights as if they are citizens. Corporations can no longer be prohibited from spending money on political causes. How can the American public compete with the billions and billions of dollars amassed by international corporations?

Every other issue that Americans care about is affected by money in politics. We can’t trust our elected officials to make decisions that benefit Americans when corporations are throwing money at them to influence their votes.

In a 2017 interview, Sen. Sheldon Whitehouse, D-R.I., said, “I got elected in 2007, and for all of that year and 2008 and 2009, there was a constant steady heartbeat of Republican climate change activity in the Senate ... Then comes January 2010 and the Citizens United decision, which the fossil fuel industry asked for and expected and took instant advantage of. And from that moment forward, no piece of carbon dioxide regulation legislation has managed to get a single Republican co-sponsor in the Senate.”

Buttigieg also wants to create independent state-wide redistricting commissions to tackle the issue of gerrymandering. Gerrymandering has long drowned out the voices of certain voters, Republicans and Democrats alike.

In states like Michigan and Virginia, lawmakers have drawn congressional maps to either “pack” Democratic voters into certain districts or “cracking” them into many districts so as to not allow these districts to get a Democratic majority vote. But the same is happening in Massachusetts, where Republican voters face the same gerrymandered fate.

The fact that legislative maps are controlled by the political party in power means that gerrymandering is easy to pull off. We desperately need to let independent commissions decide our districts so that voters choose politicians, not the other way around.

Buttigieg is also proposing an overhaul of the Supreme Court. He wants to depoliticize our judicial system by increasing the number of Justices to 15, with 10 being appointed in the usual way -- with the President nominating the Justice and the Senate confirming them -- and the other five being promoted from lower courts by a unanimous vote from the other 10 Justices.

By depoliticizing the Supreme Court, we can restore faith in our judicial system and let the court return to it’s true purpose: to determine the constitutionality of laws. This should be done objectively, not with the political spin that the court has now.

Buttigieg is also advocating for a host of other changes to our democracy, such as abolishing the electoral college, introducing automatic voter registration, expanding early voting, re-enfranchising previously incarcerated people, making election day a national holiday and ensuring a depoliticized Census count. These proposals are desperately needed to restore the health of our democracy.

These changes are vital to our democracy because they affect every single other issue that we care about. Without restoring power to the people, we can’t expect our government to make the fundamental changes that our society needs. If the voice of voters is drowned out by lobbyists, large donors or gerrymandering, government will not work for the benefit of the people. 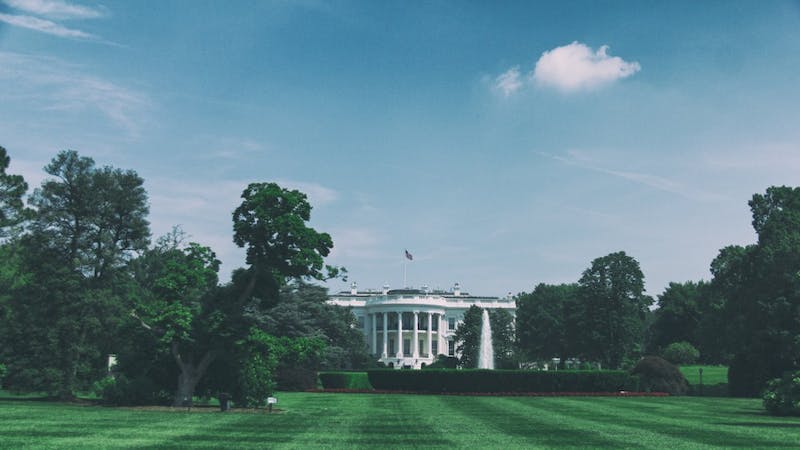 Money in Politics is the Most Important Issue Facing America