David Carter Jr., a 3-star recruit according to 247 Sports, announced his commitment to play for Eastern Michigan on June 12, 2019 via Twitter. Carter is heading into his senior year at River Rouge High School. He is a 6’0” cornerback who weighs approximately 170 pounds.

“I chose Eastern Michigan because the coaches and players treated me like family, my family will be able to see me play and I have a chance to play early,” Carter said. “No need to bring up academics because I already know that Eastern Michigan is a great place to get a degree.”

Carter is one of the top recruits in the Eagles’ class and is the 44th ranked player in the state of Michigan.

“I’ve just been working a lot, I didn’t know I was a 3-star until I looked,” he said. “Stars don’t matter to me. One thing that separates me from other players is that I’m very smart on the field. Right now, I’m trying to get my weight up and lift heavier weights, so when I get to Eastern Michigan lifting weights will be a cake walk.”

For a lot of prospects, the recruiting process can be a trying time.

“The recruiting process was great for me, but it got hard when it came down to a decision,” he said. “Honestly, I wouldn’t have done anything differently.”

The Eagles’ first game of the year will come on August 31, 2019 against Coastal Carolina at Brooks Stadium. Eastern Michigan’s first three games are on the road as they’ll face Kentucky and Illinois following the opener. EMU will have their home opener on September 21, 2019 versus Central Connecticut State at Rynearson Stadium in Ypsilanti.

“While I’m at Eastern I want to make lifetime connections with people, get a degree in business and make a name for myself,” Carter said. 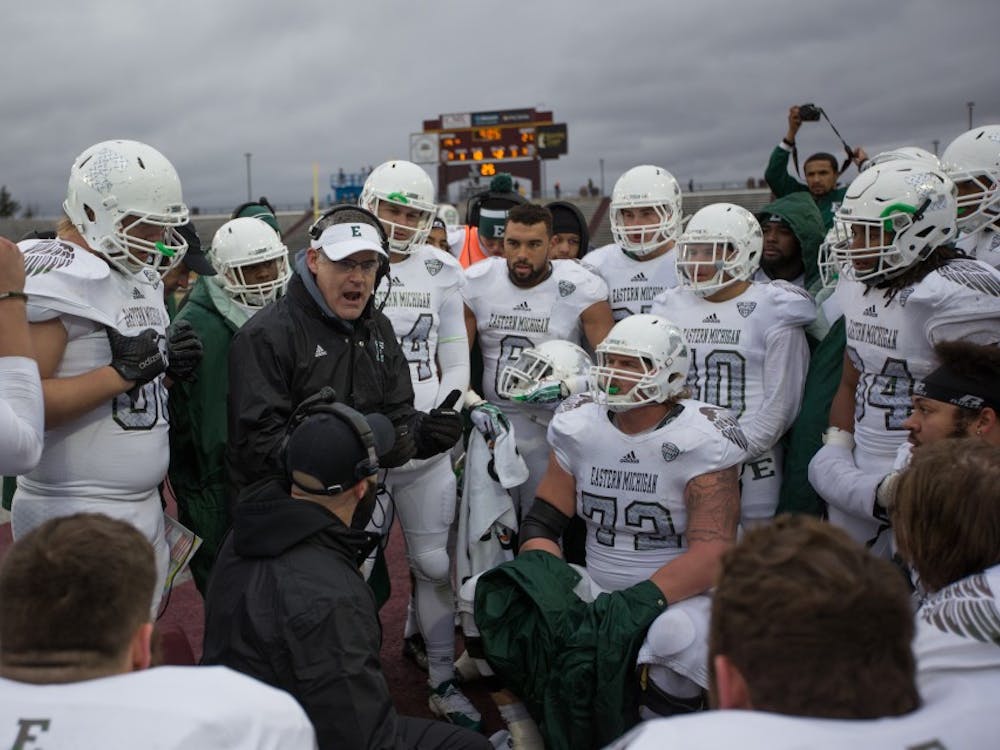