The Eastern Michigan University’s women’s volleyball team qualified for the MAC tournament following a streak of four wins straight that started on senior weekend against Western Michigan and Northern Illinois.

The EMU volleyball team is entering the 2019 season as defending MAC Champions and seeking to repeat with a promoted Darcy Dorton as head coach. The upcoming schedule is now complete for the team, which lost three senior players but now returns four seniors and two juniors. This will be the 43rd season program history.

Starting off the season will be the Utah State Tournament on Aug. 30-31 in Logan, UT. They are scheduled to play Utah State, Southern Utah and Xavier. The Eagles play the next weekend on Sept. 6-7 in the Sawyer Camillo Memorial Tournament in Lafayette, Louisiana. Eastern Michigan is set to play Florida A&M, Louisiana and McNeese State.

The 2019 Michigan Challenge puts EMU into the mix this year, hosted by the University of Michigan. Navy and Purdue of Fort Wayne will also compete that week from Sept. 14-17. EMU will have its last non-conference tournament this season at Purdue from Sept. 20-21. Matches against Murray State and Texas A&M Corpus Christi are scheduled with Purdue.

Conference play for the Eagles will start Sept. 27 against rival Western Michigan in Kalamazoo and will end Nov. 16 at Toledo. The MAC tournament is scheduled for Nov. 21-24. The Eagles had a 21-14 overall record and a 9-7 record in conference play for 2018.

Two defining wins were in the MAC Tournament against the No. 1 seed Bowling Green and in the championship round against No. 2 seed Miami (OH). The championship secured EMU a spot in the NCAA Tournament. The team lost in the first round to the University of Illinois, who eventually moved on to the Final Four in the bracket.

Former head coach Kimi Olson announced her departure in January of 2019, and has since been named the Associate Head Coach for Michigan State. Dorton takes over as a first time head coach and as the ninth head coach in the program's history. She is a former player under Olson at the College of Charleston. Dorton transferred there before the 2012 season after she was Big Ten Freshmen of the Year for Penn State in 2009, also winning a national championship in the same year.

Eastern Michigan will play 10 home games this season at the Convocation Center. 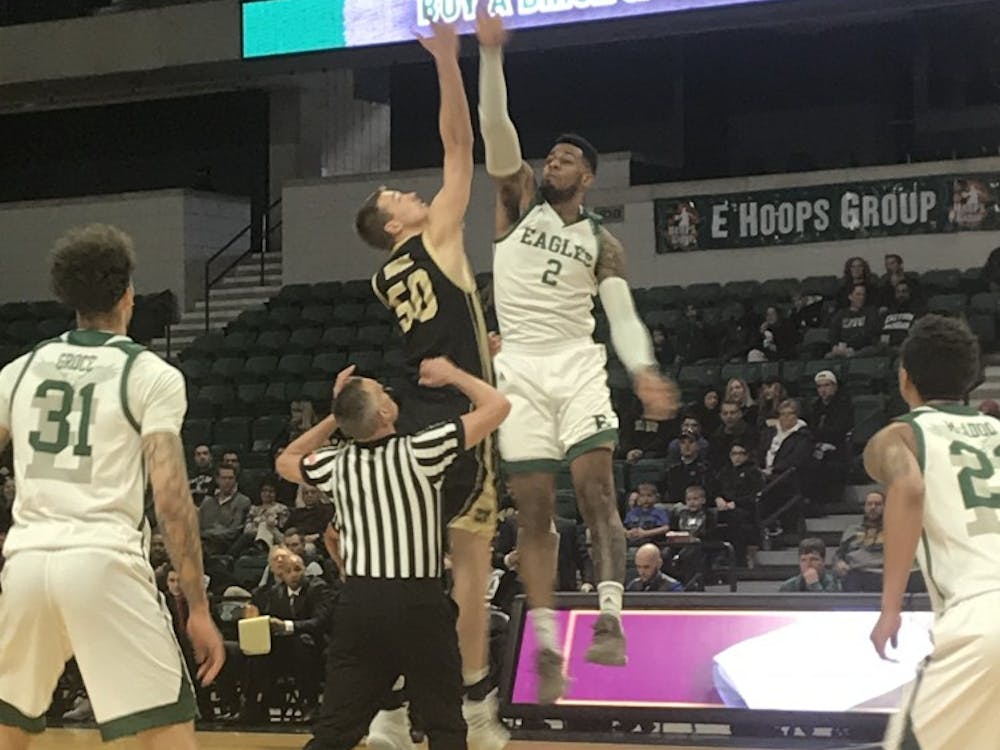