Opinion: College is not your only option to be successful

There is a lot of pressure on kids after high school to continue their education when there are more opportunities that don’t involve a degree.

Photo by Kinga Cichewicz on Unsplash.

We are told to start thinking of going to college from the time we are old enough to think of our future in greater depths than becoming an astronaut or a ballerina. It sticks with us and the idea alone drives us to get our high school diploma.

Work hard in school, get good grades, develop good study habits, join Honor Societies and clubs. It’s all for the same purpose: to get into a good college. The constant push is what puts kids in college when they don’t feel financially, academically or mentally prepared.

Less than two-thirds of Americans attending a four-year university will actually make it to graduation and 30% of college freshman drop out before they finish their second semester. We are told there is only one way to make something out of ourselves, so we just do it whether we feel it’s where we belong or not.

One of the biggest opportunities that I think gets dismissed to students or not given a fair chance is joining a trade. Male or female, trades jobs allow people the flexibility to grow and advance through time and experience rather than their academic resume.

Trades are also typically in higher demand, don’t always require college or high school degree and offer jobs to kids fresh out of high school. The trades can be a great place for some high school graduates to build to build a career.

You can also simply join the workforce and advance your way up the ladder. Whether it be becoming a manager at a company or finding an office job, there are so many jobs that offer livable salaries that don’t require any schooling beyond a high school degree.

Unfortunately, something that I notice is people seem to get shamed for choosing a different direction than college. Whether they couldn’t afford it or didn’t feel like it suited them, people who choose to not go seem to have a stigma following them that they weren’t smart enough or will never amount to anything.

Recognizing that school isn’t for you or you don’t want to go to a four-year university prior to enrolling is one of the best things you can do, it prevents racking up debt or wasting time in a field you don’t want to continue. Joining the trades, workforce, military, career school or any other path that doesn’t require a degree can be just as successful as attending college.

College is pushed on us heavily, it’s integrated in all of our curriculum and manifested in our minds as our only way to become something meaningful. But the truth is everyone is different. School is a great route to take, but it’s not your only option, especially if it doesn’t make you happy. Success isn’t measured by the amount of money you make, it’s by how happy you are with the life you built, and college doesn’t have to be in the blueprints to achieve that.

Opinion: Students are cheating themselves by not leaving their hometown behind 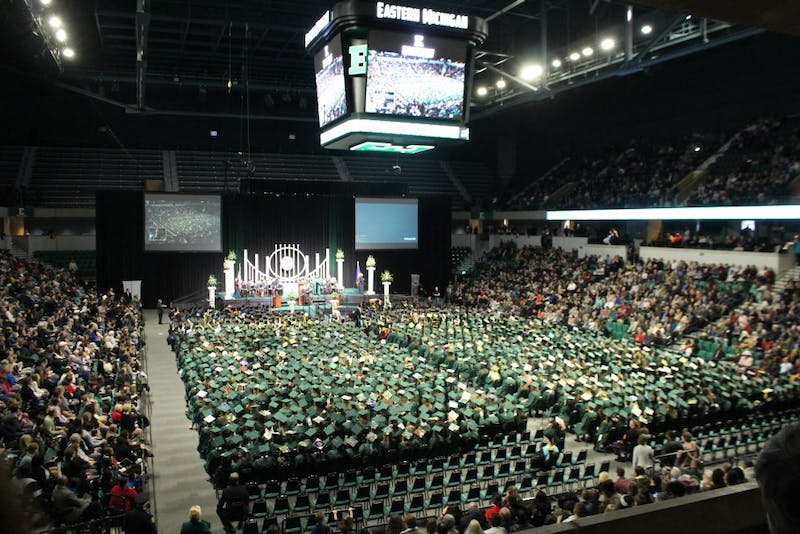