Students and university play a key role in the President's address.

The event, with very minimal prior announcement, occurred on campus at 4:00 p.m. in the Student Center auditorium. Through the course of his public address, President Smith outlined the financial and administrative faults of the university as well as how the university administration and community, as a whole, had made substantial progress thus far. Smith also discussed what was planned for the future success of the university.

The President’s address began with both the strengths and weaknesses of the university.

"When I arrived at EMU in 2016 I found the institution with...many deep strengths upon which to build...a legacy of 170 years of existence…and a passionate alumni base, [of] over 100,000 [alumni who] live in a five county southeast Michigan region...[but] I also discovered [the] university had financial challenges,” Smith said.

Such challenges included a cut in state funding by $11 million dollars in 2012 which had not been mediated within the years prior to Smith’s arrival in 2016. In the same period of time, despite decreases in both enrollment and thus tuition, as well as state aid, the university did not sufficiently decrease its staffing, according to Smith, to mediate these changes.

The result of this overspending was seven consecutive university operating deficits. Between the 2011 fiscal year and the 2017 fiscal year the university incurred nearly $60 million in budget deficits.

When it came to administrative changes, President Smith said, “It was clear that action could not be in a five year span or a ten year span. We had to quickly take action. So we began what, I think, is best described as a multiyear turnaround plan. We took difficult steps, including reducing our staffing to reflect the smaller institution more inline with our revenues. We reduced expenses. For all of our campus, we shared in a painful but necessary experience.”

On a similar note, the university was able to reduce staffing through its "voluntary employee retirement incentive program,” also known as VRIP. Smith emphasized that VRIP was not "just about saving us money, instead it was about giving us flexibility to reorganize and look at ways we were doing business.”

According to President Smith, the university invested in "strategic campus infrastructure” including the 2017 “Loop One Project” as well as a campus cogeneration facility, with a turbine that has 93% of campus electrical needs as well as 98% of campus thermal needs built into its system. This facility has reduced campus carbon dioxide emissions by 21,000 tonnes and provides the university with an annual net savings of over $2.8 million dollars.

The President went on to note that ongoing renovations are occurring at the REC-IM, Strong Hall and Sill Hall, stating that these renovations were geared to the benefits of both students and faculty.

Much of this success, according to Smith, followed the campuses’ strategic plan which holds the priorities of promoting student success and engagement, delivering high quality academic programs and research and engaging and serving EMU and its regional communities. Additionally, an overarching university commitment to diversity, equity and inclusion has been woven into all of these priorities.

At his address, the President announced of a university Strategic Investment Fund, stating committing $250,000 designed into next year's budget to support new campus initiatives that support and enhance campus institutional priorities. Proposals to access the fund can include faculty initiatives, student retention, community engagement, as well as other endeavors in a similar vein. Requests to access funds will come through an annual budget process and campus feedback to refine what proposals will be accepted.

In his address, President Smith outlined the three primary institutional priorities for the coming year as promoting student success and engagement, delivering high quality academic programs and quality research, and lastly, engaging and serving EMU and the regional communities.

Smith identified the success within the student body by exemplifying the increase in the six-year graduation rate across the entire student population but even more significantly those who receive the Education First Opportunity Scholarship as well as student athletes. He noted that Eastern will have its first successful graduate of the newly formed Eagle Engage Corps, a program developed by the university to retain and allow re-admission to students who left EMU due to financial strains. The program incorporates community service and debt forgiveness to allow students to continue their studies at Eastern. He also identified how the university was expanding its offered programs and degrees, as well as the necessity of increasing the number of online offerings.

Among the different pathways for the university’s outreach to the surrounding communities, the president stressed the importance of the “Collaboration for Change” a partnership EMU launched this past summer with Washtenaw County educators, specifically Ypsilanti Community Schools, to promote student success in the community by fortifying and creating new relationships between the university and future students. The partnership will support existing programs such as Bright Futures as well Pathways for Future Educators, aimed to support students who are striving to become future teachers. 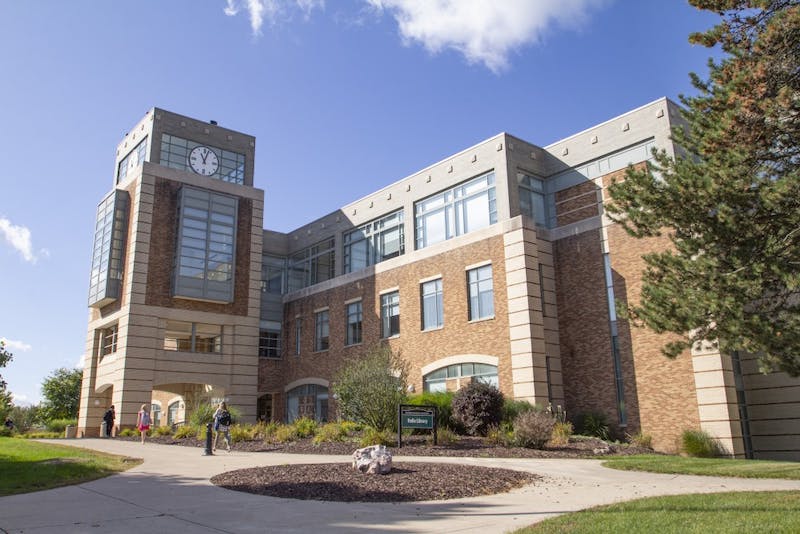 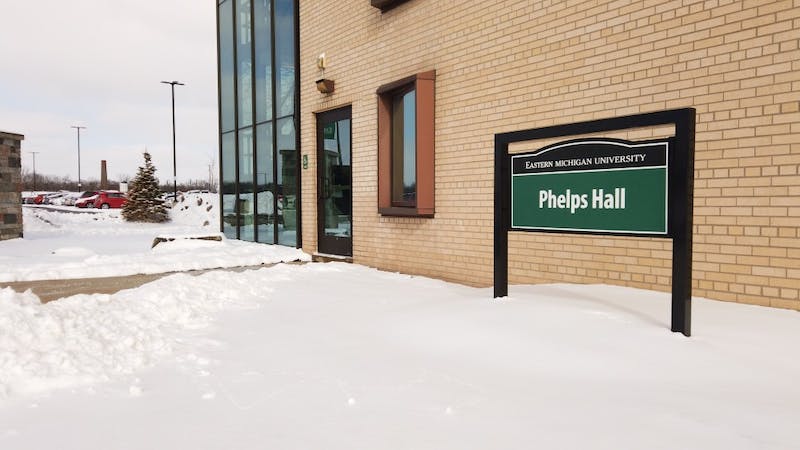