Preston Hutchinson's heroic performance in his first career start gave the Eagles their first win over Western Michigan in six seasons on Saturday, Oct. 19 by a score of 34-27. Hutchinson stepped in for an injured Mike Glass III and threw for 357 yards while completing 84% of his passes and accounting for four touchdowns.

"I have a 1-0 mentality, it is not about me individually and my stats. I am just trying to get a W in the win loss column," Hutchinson said on his performance. "I think they all do a great job running the exact depth of routes and they're just very disciplined with their route running. I expect the same thing from every receiver, no matter who it is."

Head coach Chris Creighton earned his first victory over Western Michigan in his tenure as the head coach of Eastern Michigan, but was very quick to direct praise to other members of his staff: "Coach Keen did a really good job with the offensive staff, spending a little extra time focusing. We put a lot of work into it. Our guys put a lot of work into it. Coach Keen did a great job of being the aggressor."

Creighton also touched on his sophomore quarterback Hutchinson's debut: "It couldn't have been a better human being, that guy has spent so much time getting himself ready. It has been years that he has not been at the top of the depth chart. I have so much respect for him and the person is, and the belief he has in himself. He executed the gameplan and did a really good job. Those are wild numbers. What an awesome job Preston did."

With the performance Hutchinson had tonight, some people might speculate that there will be a quarterback controversy brewing in Ypsilanti but Creighton was quick to shoot that down: "I haven't even thought about that. I mean Preston had a fantastic game, there's no doubt. But we absolutely want Mike to get healthy."

In the absence of Glass, Shaq Vann made his first start back from injury. Creighton spoke very highly of Vann and what he brought to the offense: "I thought Shaq played well. Offensively it was a good plan on how we attacked them. We want to be balanced in the run and pass, I think good offenses are. I think we showed that tonight and Shaq was a big part of it."

Although the offense stole the show with the highlight plays and scores, the Eastern Michigan defense allowed only 27 points, staying below their season average and key plays to get off of the field on third down. Creighton said he thought the defense made some really key stops and continued to get stops even when the offense wasn't able to respond. 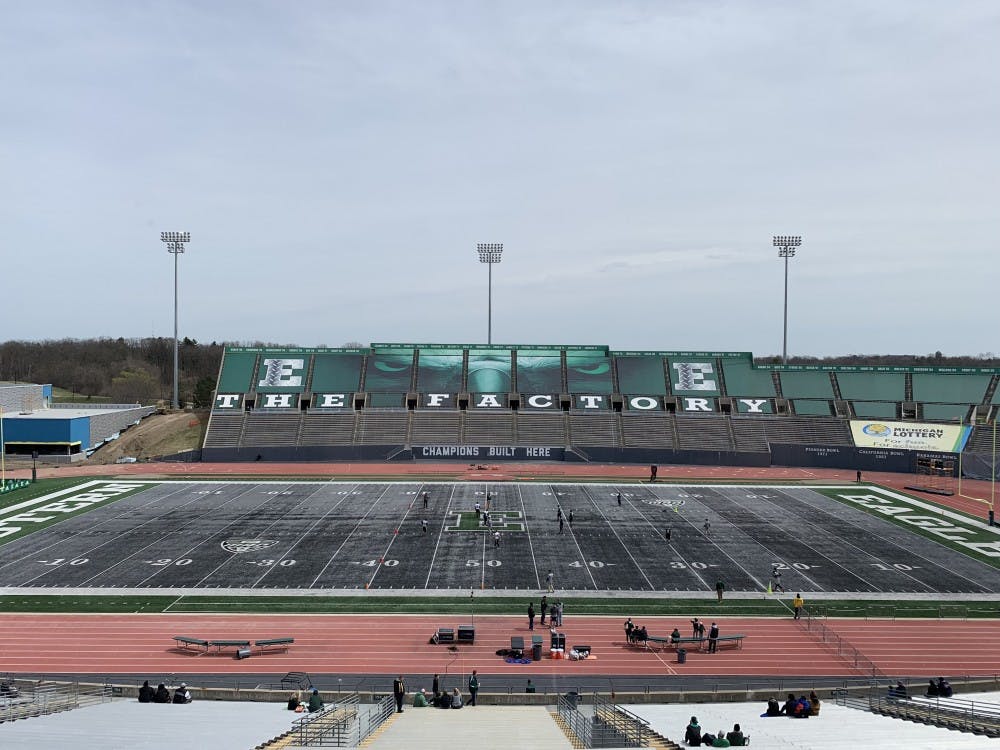