After a disappointing loss, EMU turns their attention to homecoming weekend.

Chris Creighton watching the team warm up on Oct. 5 in Mt. Pleasant.

Eastern Michigan dropped their first conference game of the season at Central Michigan by a score of 42-16. In the loss, Mike Glass III threw for 193 yards, one touchdown and one interception. The Eagles leading rusher was Willie Parker, who finished the game with just 43 yards on eight carries. Central Michigan's leading rusher, Jonathan Ward, totaled 132 yards and two touchdowns on 12 carries. Despite the loss, the Eagles remain positive.

"The good news is, it's nothing what the other team did. It's just on us, missed assignments and a lack of effort. We had a lot of plays that we left on the field," Hassan Beydoun said. "We just weren't capitalizing on opportunities. That is easily fixable, we just need to attack preparation with good energy. We're on to Ball State."

Head coach Chris Creighton commented on what he thought was the main antagonist for his team against Central Michigan: "Missed assignments and getting beat. When someone is doing something different and being deceptive, there is a reason for it."

Luckily for Beydoun and Creighton, the Eagles will get right back at it this Saturday, Oct. 12 at home against Ball State University for homecoming weekend. Last year, Eastern Michigan went to Ball State and won going away by a score of 42-20. Line Latu led the Eagles in receiving that day with three catches for 86 yards and one touchdown.

"Super excited to be back home. Homecoming is a big deal here and being at home is a big deal to us so we are super excited about Saturday," Creighton said. "Our guys are very resilient. We have majored in bouncing back and having a really thick resolve. Every year, every team is a little bit different and we're going to have to show that. But, I expect nothing less than for us to really be focused."

Ball State is coming off a nail-biting 27-20 victory over conference opponent Northern Illinois in which Caleb Huntley rushed for 157 yards and two touchdowns. Stopping Huntley will be a tough test for the Eagles, who had just given up 308 yards rushing to Central Michigan in their last game.

Ball State is now 2-3 and tied for first place in the MAC West division due to being 1-0 in conference play. The Eagles look to get back to their winning ways and to capture their first conference victory of 2019. The Eagles offense has been predominantly coming from the air from Glass. Although it didn't go so well against the Chippewas, 73% of the offensive yards have came through the passing game.

It will be a battle of strength against strength between Glass and the Eagle offense against the daunting Cardinals defense, who have forced their opponents into seven interceptions in just five games. After a red-hot start to his season in which Glass had thrown only two interceptions through his first 12 quarters of play, Glass has now thrown three interceptions in his last two games.

The game will kickoff from Rynearson Stadium at 2 p.m. 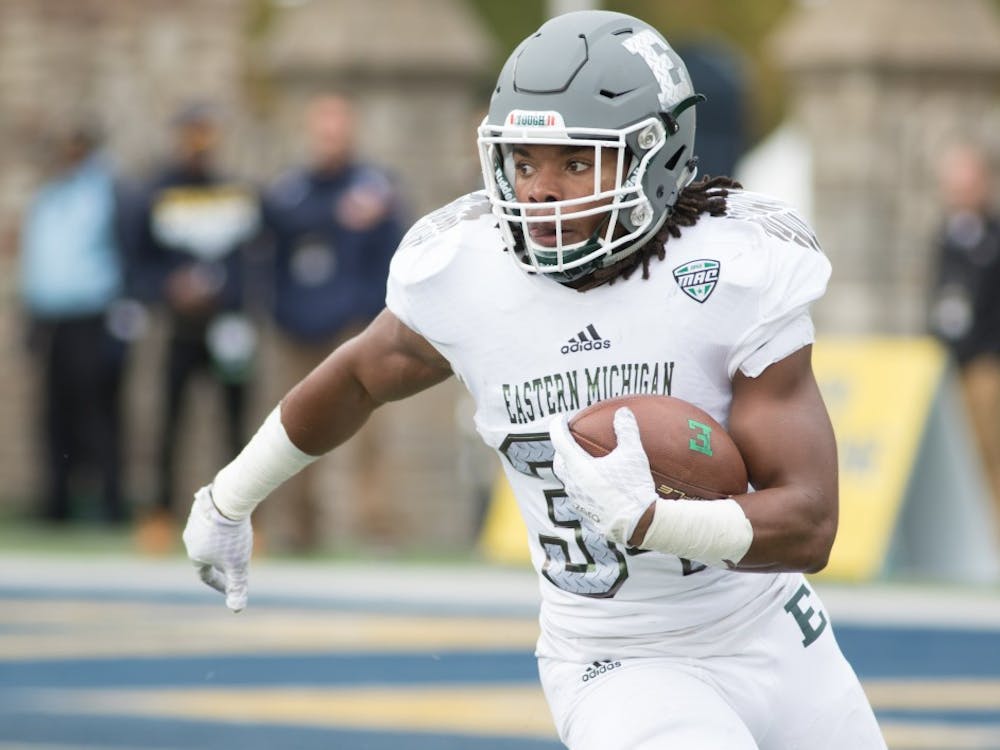