Eastern Michigan was led by Ty Groce, who finished with 23 points.

By Luke Gremban and Charles Post
Zach Sturgill
EMU guard Chris Barnes sets up for an inbound play at the Convocation Center on Nov. 14.

The Eastern Michigan Eagles (7-1) defeated the Valparaiso Crusaders, 85-79, on Tuesday, Dec. 3 at the Convocation Center. The Eagles were led by Ty Groce’s 23 points, five rebounds and two assists. Noah Morgan added 21 points as well. Javon Freeman had a game-high 28 points and five rebounds for Valparaiso in the loss.

“Really happy for these guys, we’ve had a good run now to be 7-1. Going to Texas was tough, going to Montego Bay was tough, and then flying out to California was extremely tough,” Rob Murphy said.”So to come back home and gut this game out in a really hard-fought victory it is really impressive and I’m excited for them.”

Eastern Michigan came into their game looking to improve on their 6-1 record playing Valparaiso. Eastern Michigan had a hard time scoring, shooting just 15.8 percent from three and only creating four assists. Valparaiso’s signature win was against Toledo. Their biggest loss was to Cincinnati.

The Crusaders excel in shooting from the perimeter, and their best player, Freeman, came into the game averaging 22 points per game and has 22 assists and 18 steals on the season. Despite Freeman’s scoring, EMU was able to come away with the win as outscored the Crusaders 42-32 in the first half.

“In particular Noah and Ty Groce in the last eight minutes continued to step up. Noah hit a big three to take the lead and we were able to get some stops, Ty got to the free throw line and made his free throws,” Murphy said. “Anytime you can be really good against a mid-major program like Valparaiso it’s always a good win.”

Groce led the Eagles in scoring again, as he has done for much of the season. He had 23 points in 37 minutes against Valparaiso and was named Player of the Game by EMU Athletics. Groce, who is one of just two returning starters for the Eagles, has improved his game from last year and is leading the team in points per game.

“Ty continues to get better, he remained confident, had a really good start to the game. I thought midway through the second half he had a few turnovers, but even after that he stayed confident,” Murphy said. “I challenged him again during the timeout, we can’t make excuses we can’t look at the referees and he responded and went strong to the rim and made plays.”

Murphy also discussed Groce’s play towards the end of the game: “When the game was right in the balance he had a huge weak side block and then he was able to get a few rebounds to get to the free throw line. So, continuing to see his progress is great. The maturation of him coming together as a complete player is great.”

Thomas Binelli, who played in his first game of the year, finished with 12 points and one rebound in nine minutes. He was injured for the first seven games of the season but made his debut versus Valparaiso. Binelli was one of four players who scored double digit points for the Eagles, along with Groce, Morgan and Boubacar Toure.

“No, not surprised at all. I mean, Thomas can really shoot, I mean wherever he is on the floor, it doesn’t matter how deep or how close to the 3-point line, we expect it to go in,” Murphy said. “He wasn’t in great shape, so he couldn’t play a lot of minutes, but he is a confident player, a confident shooter.”

EMU will return to action versus Detroit on Saturday, Dec. 7. 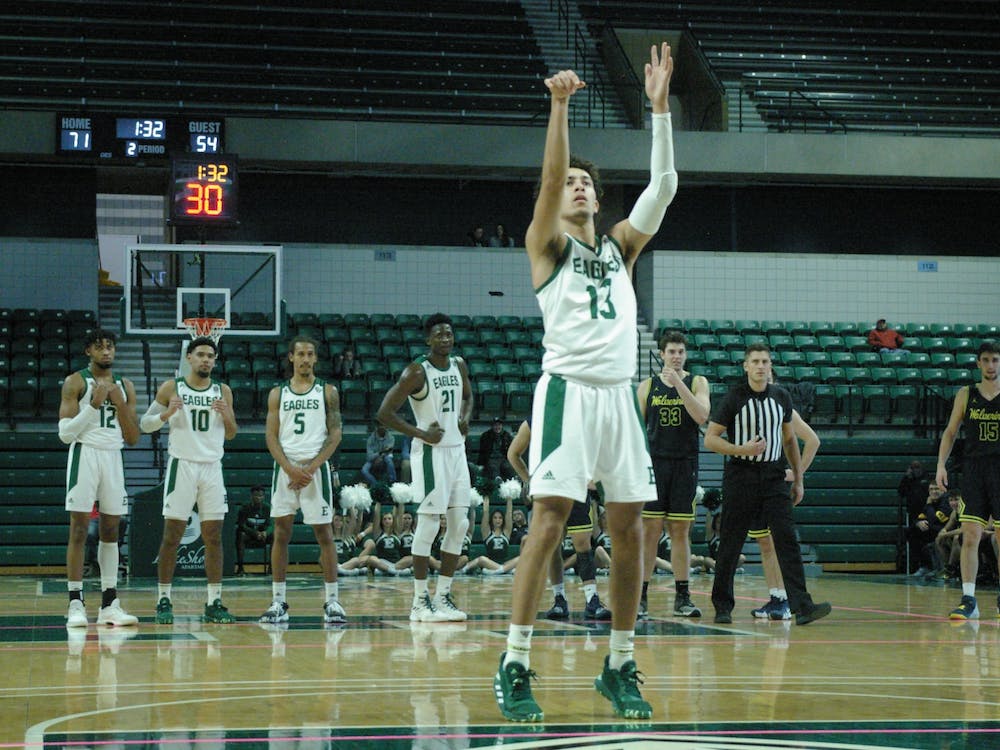 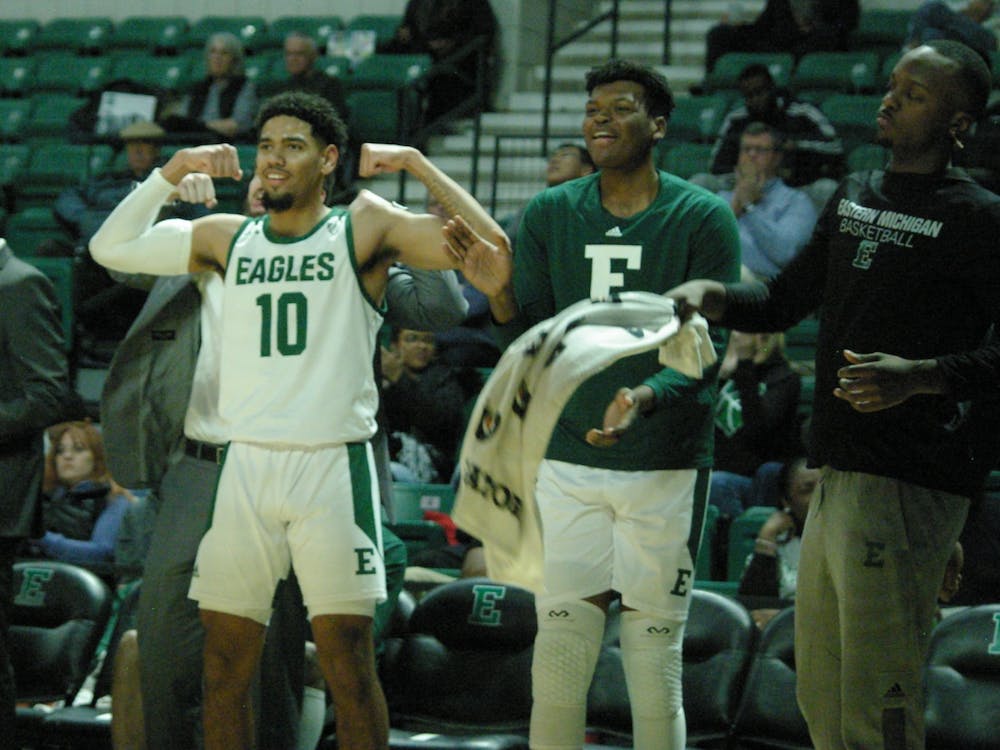