Slipknot’s new album goes back to their roots while experimenting with a new sound.

Slipknot is a groundbreaking metal band that released their sixth album, “We Are Not Your Kind,” in August 2019.

Fans of their music know that it has been quite awhile since their last album, making their new album an eagerly awaited release. This new album includes 14 tracks of the band sticking to their roots while exploring a new sound.

The band’s vocalist Corey Taylor, regarding the album’s title meaning, explained: “‘We Are Not Your Kind’ represents that gathering of people together and then turning our backs towards the rest of the world and saying, ‘We’re not going to let your illness, your hate, permeate us. We are not your kind. You will never be ours.’”

The songs on this album represent the message the band is portraying very well. The track “Red Flag” emphasizes that point with the lyrics, “You don’t own me, You can’t hold me.” This song also features a very heavy instrumental backing.

The song “Spiders” is probably the most experimental on the entire album. It has a very complex rhythm with a somewhat creepy mood.

“Spiders shows that you don’t always have to paint with the same color,” Taylor said in a Kerrang! interview. “Plus, I got to play a wacky guitar solo, which was fun.”

“A Liar’s Funeral” is one of the most important songs on the album. It is the heaviest song both lyrically and musically. In this song, the band brings attention to mental health.

“In this song, Corey seems to point his finger at the friends who looked down on him for his depression, calling them ‘liars’ and advising the listener to never trust that type of people,” according to Slipknot Wiki.

Lyrics like “When friends have all subscribed / To spitting on the ground to say my name ... Your hate is no surprise / I guess I have to die to play my part” and “Never trust the one beside you” exemplify the band bringing attention to mental health and untrustworthy friends.

My personal favorite song on the album was “Orphan.” This is a very intense and rhythmically complex song. What I found most interesting about it was the guitar and drums. They begin the song by heavily emphasizing each beat and never backing down from there.

“This is, again, a demo that came from my garage,” Slipknot’s guitar player Jim Root said about “Orphan.” “It’s a metal banger. When we first started talking about this record, there was a point where I was pretty insecure about all these arrangements, and I didn’t think we had much to work with. You get those blocks, but that’s the beauty of collaborating with people.”

The last track, “Solway Firth,” is a moderate but gritty song to end the album. This song is accompanied with heavy instrumentals. Everything about it is unique, both in sound and lyrics.

“It’s got the ambient, airy guitars, and it’s got moody drums, but it also has a thrash metal riff,” Taylor explained to Kerrang! “I feel really lucky because I’m able to bring these other influences through that aren’t really metal at all.”

I found this album to be very good. Slipknot has always been a very emotional and outspoken band, and this album still holds them up as those same people. If you’re a fan of this genre of music, or the band itself, I would highly recommend listening to “We Are Not Your Kind.”

Mister and Mississippi we only part to meet again 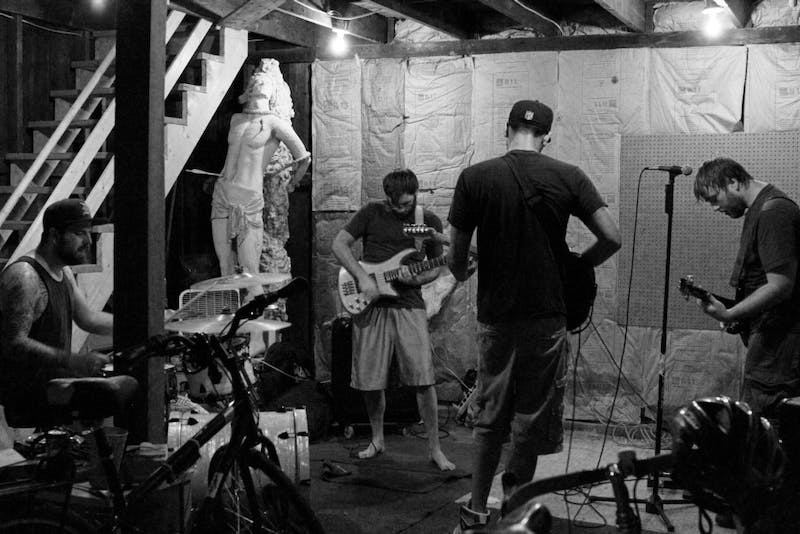