Halsey, Normani, Doja Cat, and more come together for a project filled with strong, independent women.

After watching the new Birds of Prey movie, and listening to its empowering soundtrack, I’ve been “Feeling Good,” all day. A film full of strong women and a soundtrack with even more, makes for tons of great vibes and emotion.

Birds of Prey: The Album was just released by Atlantic Records alongside its sister film this past Friday, February 7th. The soundtrack features various popular female artists such as Halsey, Doja Cat, Megan Thee Stallion, and Summer Walker, as well as some more underrated artists like CYN, K. Flay, and Charlotte Lawrence.

Four eccentric music videos for the soundtrack were also released by the label for the songs “Diamonds,” “Boss Bitch,” “Sway With Me,” and “Joke’s On You.”

Despite the fact that all 15 tracks carry the theme of being a badass independent woman, each track has its own unique feel and shows each musician's individual talent.

“Smile,” sung by Maisie Peters is all about saying “no more,” to men and their expectations of women. “(No more) Mrs Sweet and Miss Nice / (No More) Mrs F**king Polite / (Time’s Up) Mrs Taking What’s Mine / You don’t need him,” she sings.

This track, as well as many others such as “Sway With Me,” and “Danger,” include super unique production that fits perfectly with the mood of the film and the many emotions that come along the way.

The movie’s plot takes place after Harley Quinn and The Joker officially break up, so Quinn must fend for herself and fight off her enemies that are now free to go after her. While she tries her best to stay strong, she sometimes feels sad and alone when thinking about “Mr. J.”

Lauren Jauregui displays this more emotional side with softer vocals and heartfelt lyrics on the song “Invisible Chains,” which discusses finally allowing yourself to find your way out of being mentally trapped by a partner. “I’ve been trapped in a cage / Sorrow said I should stay / But I found beauty in this pain / Gave me strength to break these invisible chains,” she sings.

SWIPE TO FIND OUT WHO MANIFESTED THE HECK OUT OF BEING A PART OF THIS ICONIC FILM/ALBUM✨✨✨✨ (hint: it’s me, I’m on the album, #InvisibleChains comes out on the #BirdsOfPrey album February 7th???)

Not only is there versatility present in the soundtrack’s sound, but also in the different genres of each song and artists featured on the album. There are aspects of pop, punk, rap, hip-hop, and more included, making it great for listeners of all types.

The soundtrack ends with alternative artist ADONA singing a newer, slowed rendition of the classic song “Hit Me With Your Best Shot,” giving off nostalgic vibes and ending everything on a powerful note.

I highly recommend everyone to go check out the movie Birds of Prey in theaters as soon as possible, and also listen to its amazing soundtrack regardless. The unique sounds and variability contain something that almost anyone can enjoy. These works also send the much needed message that women don’t need men to be successful in whatever they want to accomplish.

I would give this soundtrack a 4 out of 5 Swoops. 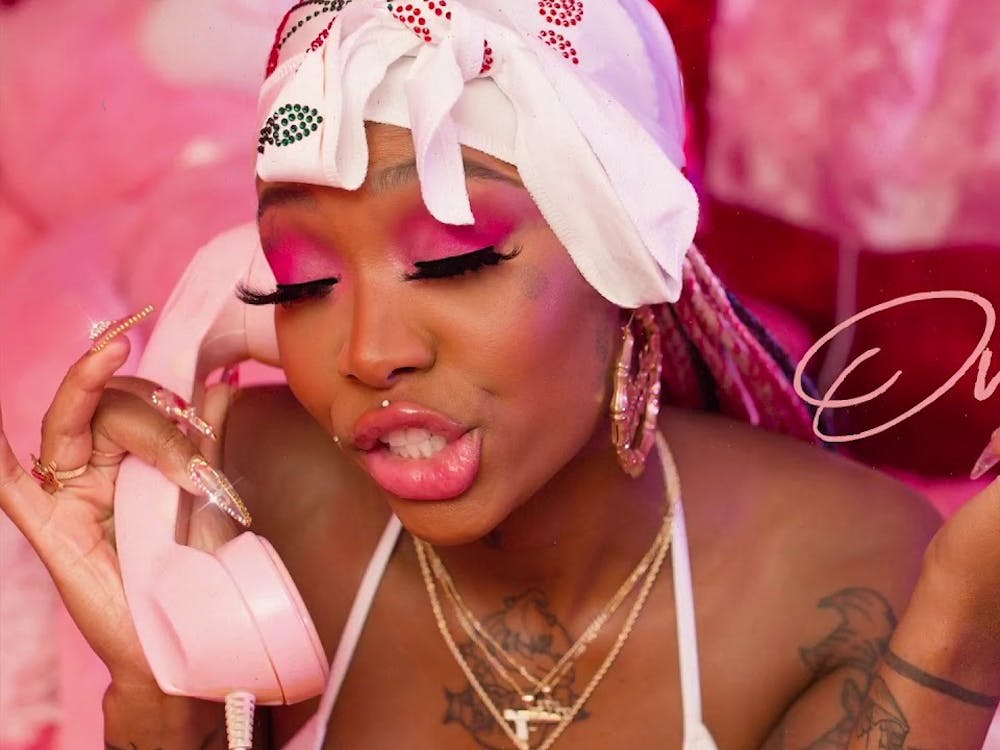