As the impeachment trial nears its end, Republican senators speak out honestly about their intentions

After nine grueling days of impeachment trial proceedings, the end may actually be in sight. Unfortunately, it's not the ending that just over half of the country was hoping for.

Thanks to efforts from Senate Majority Leader Mitch McConnell and the rest of the GOP senators, the trial is looking to end the way we always predicted: President Trump will be acquitted, the Senate will claim he's innocent, and he will get to do a "victory lap" for a few days afterwards.

It's something many of us assumed would happen, though I would be lying if I said I didn't at least hold out some hope that our elected officials would place principle over politics and vote to remove the man who has so regularly betrayed the ideals of our nation's founders.

As we near the end of their haphazardly rushed trial process, the Republican senators are beginning to drop their guards, either intentionally or accidentally, allowing us to see exactly where their loyalties lie. The following are two actual statements made by sitting members of the US Senate, outlining their opinions on the impeachment trial and the president's guilt in relation to the charges. If you are not in the mood to have your faith in democracy shattered, avert your eyes now.

Senator Marco Rubio (R-FL): "Just because actions meet a standard of impeachment does not mean it is in the best interest of the country to remove a President from office", taken from a Medium post.

Senator Lamar Alexander (R-TN): "There is no need for more evidence to conclude that the president withheld United States aid... the House managers have proved this with what they call a 'mountain of overwhelming evidence'... But the Constitution does not give the Senate the power to remove the president from office and ban him from this year's ballot simply for actions that are inappropriate", taken from his official Twitter account.

The question then is not whether the president did it, but whether the United States Senate or the American people should decide what to do about what he did. 8/15

These statements boil down to one point: the President broke the law, but they don't believe the Senate has the power to do anything about it. Setting aside partisan motivations, the GOP has just set an extremely dangerous precedent for future impeachments, should this nation ever find ourselves in this unfortunate mess again. In choosing to stand aside while the president commits heinous and illegal acts from the Oval Office, the Republican senators risk setting the precedent that the Senate should never vote to remove a sitting President based on impeachable offenses, effectively stripping them of their ability to place a check on the Executive Branch.

We are standing on the edge of history; a moment that could shape the future of American Democracy as we know it. If these Senators are not held to their Constitutional duties, we may be watching a party plant the seeds of authoritarianism, or worse.

If withholding government aid to force a foreign country to investigate a political rival doesn't qualify for removal from office, or if continuously refusing to provide evidence and intimidating potential witnesses isn't enough to justify immediate removal, then what does?

It's hard to imagine now, but in the future we may find ourselves facing off with a President worse than the one we have now, and we may be powerless to stop them. 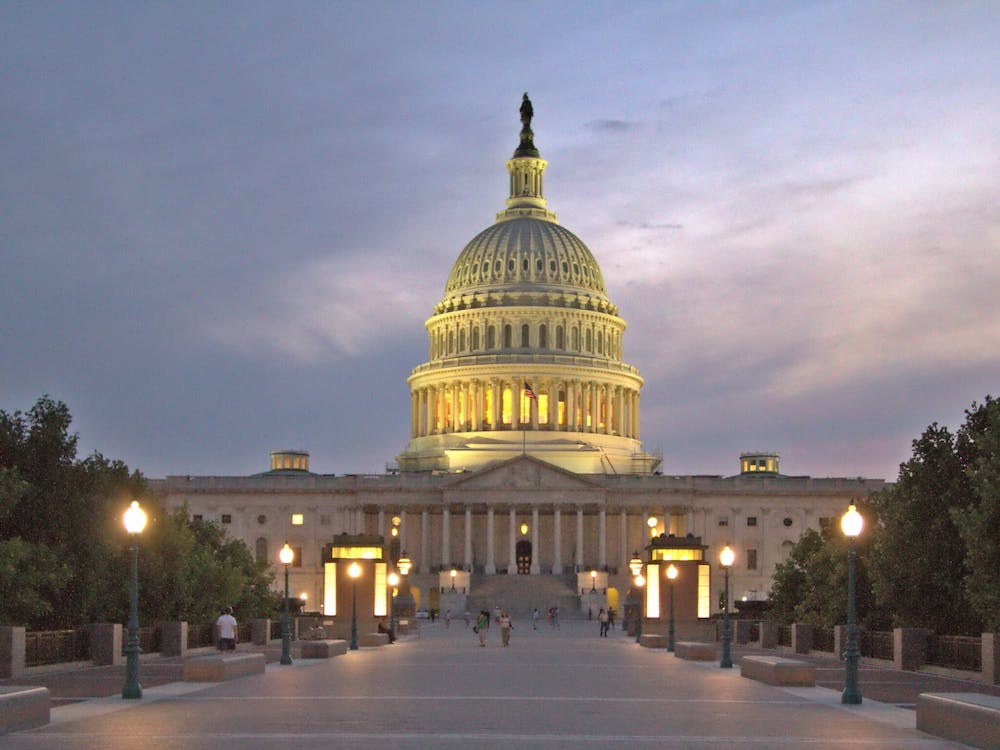