EMU president James Smith released a report May 7, that announced the beginning of planning for fall semester of 2020.

EMU president James Smith released a report on Thursday, May 7, announcing the university's plans to begin preparing for the 2020 fall semester. In the statement it was announced that EMU will begin to turn its attention to planning for the fall semester being in-person "in what can best be described as a 'new normal.'" According to Smith, the main priority for reopening is the "health, safety and well being of" of both students and staff.

Smith hopes to resume classroom instruction, housing, dining, and other on campus activities while acknowledging that many factors allowing for this to take place are outside the control of the university, citing the unknown "epidemiology and future pattern of the virus". The report states the planning process "will not make specific predictions about a single course of action" but instead will allow for "different scenarios with varying timelines and contingencies."

According to Smith, plans to reopen will be "expeditious but not rushed" and will mainly come under the guidance of existing university committees including the EMU Faculty Senate, the Educational Environment & Facilities Committee, and the University Budget Council. Ad hoc "work groups" will be created to address specific issues as they arise.

At the initial outbreak and closures due to the COVID-19 pandemic, a steering committee was formed from both university faculty and administrators and was chaired by the university president along with the university provost, Rhonda Longworth, and university chief financial officer, Michael Valdes. Moving into the future this group will "transition [their] focus away from crisis management and toward planning for the future."

In addition to the steering committee, a "Public Health Work Group" has been convened to help in what Smith calls, "the first step in the planning process." Beginning work immediately, the group will consult with campus and community experts along with adhering to government guidance in order to identify public health standards that will aid in the reopening of the university in the fall. This group is formed from leading health experts at EMU, including the Dean of the College of Health & Human Services, Murali Nair, an Michael Williams, Director of the School of Nursing as well as the Dean of Students, Ellen Gold, and Dieter Otto, Director of Custodial Services & Grounds. 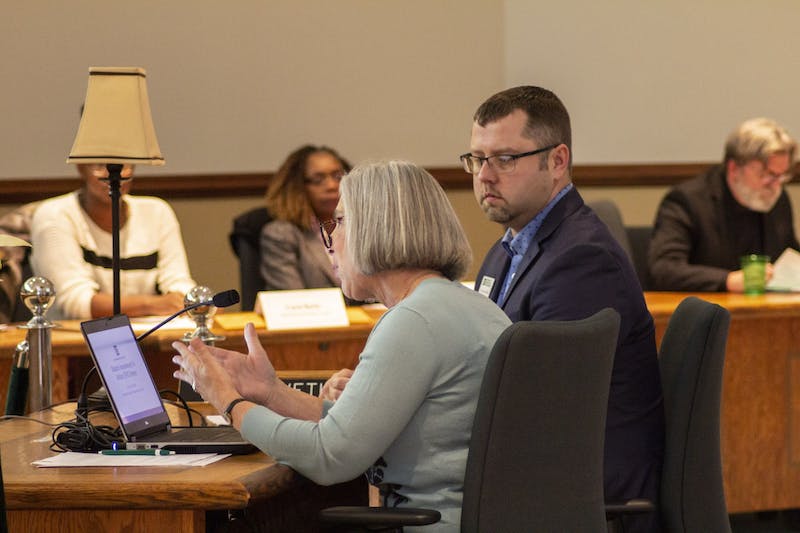