Jacob Kendrick: On this week’s episode, we’ll be discussing the latest news on the EMU buildings impacted by this past week’s heavy rainfall, as well as the Carl Parsell scholarship being awarded to an incoming freshman and local Ypsilanti music news. I’m Jacob Kendrick, and this is the Eastern Echo Podcast.

Starting with news on this past week’s heavy rainfall, at least 30 buildings have been affected by the recent downpour that hit southeastern Michigan heavily. Wise Hall, Buell Hall, Downing Hall, the Westview apartments, and the REC/IM are all among the buildings with water issues stemming from the rainfall. EMU Vice President of Communications Walter Kraft stated in an email that water entered the buildings after storm drains failed to handle the quantity of the rainfall.

Currently, the assessment of damage is underway, and it is too early to tell if some buildings will need additional repairs following the extraction of the water. EMU has contracted external damage support teams to assist in the assessment and remediation process and has numerous sump pumps operating to safely extract the water.

In other news, incoming EMU freshman McCade Campbell was recently awarded the Carl Parsell scholarship by the Michigan Association of Police (MAP) on June 10 at the annual Carl Parsell Memorial Golf Outing.

The Carl Parsell Scholarship is a tribute to former MAP Executive Director Carl Parsell. Parsell was instrumental to the foundation of MAP and was the executive director of the association until his passing in 1990. To honor him, the MAP started the Carl Parsell scholarship in 1991.

It is awarded each year at the Carl Parsell golf outing to graduating high school students, as well as members of the workforce. Campbell, a recent graduate of Woodhaven High School, will be pursuing a Bachelor of Science in Aviation Flight Technology at Eastern. Campbell became interested in the university after attending a discovery flight and being given the opportunity to meet students and faculty in the program.

He accredits his interest in aviation to a former neighbor that flew as a commercial pilot, as well as his father.

McCade Campbell: I guess you could say my dad encouraged me, really with scholarships overall.

Jacob Kendrick: Campbell’s father, who is a Woodhaven Police lieutenant and member of the MAP, was also the one who encouraged him to take advantage of the scholarship opportunities presented to him.

Campbell hopes that the upcoming semester will be a great start to helping him work toward his goals as well as the start of the invaluable experience of the education and maturation that comes with attending college.

McCade Campbell: I would just say things can happen when you definitely do put your mind to it and success is created in repetition...You just keep practicing and somewhere along the lines you’ll get it.

Jacob Kendrick: Next in local Ypsilanti Music news, Ypsilanti resident and musician John E. Lawrence is hosting a free jazz concert series. “The Ypsilanti Frog Island Jazz Series” is scheduled to be every Friday from 7 to 9 p.m. starting July 2 and continuing through the summer until Sept. 3. Originally, the concert was to take place at Frog Island Park, located in Ypsilanti’s Depot Town. Due to flooding last week though, the event will be across the street at Riverside Park until further notice.

Lawrence told the Echo: “Music is what got me through the pandemic.”

He hopes that he can reunite Ypsilanti with his jazz series following the cancellation of many events due to the COVID-19 pandemic. Lawrence encourages people to come out and visit local restaurants and historical spots before and after the event to support Ypsilanti’s Depot Town.

During the concert, attendees can bring their own lawn chair, blankets, and coolers, as well as visit the food truck vendors that will be on-site during the event. A souvenir booklet is also available for purchase at the events for $10 as well as visiting booths set up by the performers.

For more information, you can read up on the Ypsilanti Frog Island Jazz series on our website.

As always, thank you for listening, and don’t forget to tune in next Wednesday for another episode. Also, check out our new Eastern Echo Music Podcast hosted by Podcast Section Editor Layla McMurtrie, where she discusses the hottest new music releases and shares recommendations for every genre.

This episode was reported by Emma Henri, Anastasia Moutzalias, and Juliana Lumaj. This episode was scripted by Tre Briscoe and produced by Cameron Santangelo. I am your host Jacob Kendrick, and this is the Eastern Echo Podcast. 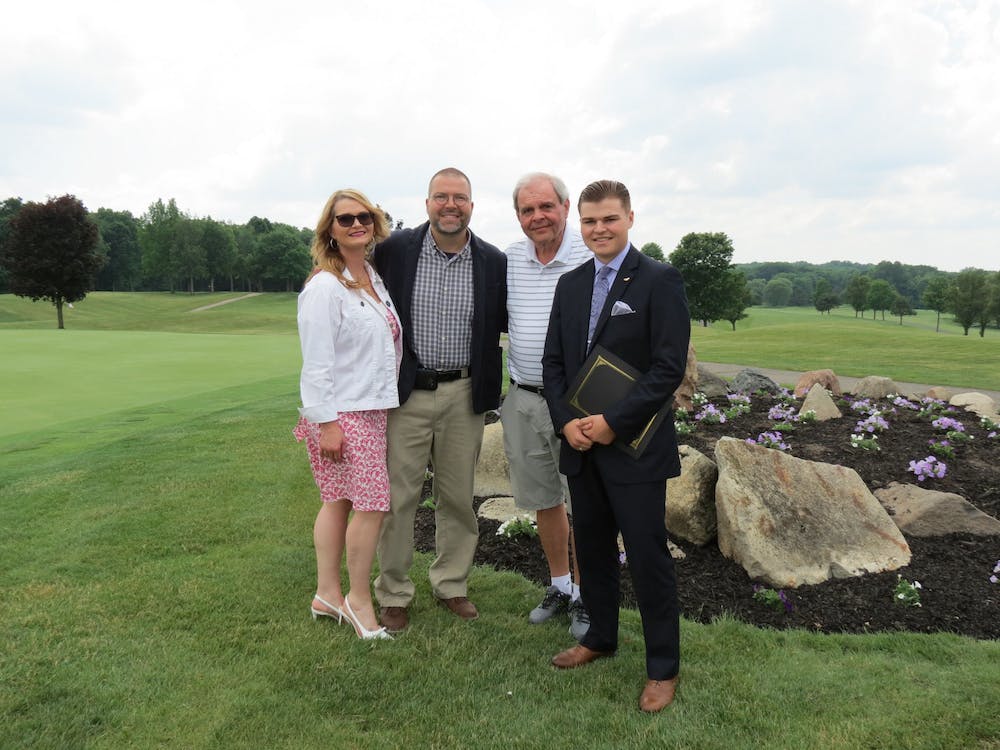