“Activated” Stroll Competition Presented by NPHC Brings Campus Together for a Night of Dancing, Strolling and Community Engagement

The show gathered campus sororities and fraternities to perform for a packed-out audience. EMU’s alumni Briana Janel and D. Wade hosted along with sounds by DJ Campus Legend.

The Stroll-Off Competition found teams presenting full dance and formation performances to entertain attendees. Janel and Wade made a great hosting duo as they kept their energy high and directed the show well.

NPHC’s event was worth catching as it provided a night of free entertainment and an engaging experience. Attendees, who were mainly EMU students, appeared to have a great time intermingling with each other and reacting to the thrilling talents on stage.

Walking into the auditorium to see all of the fraternities and sororities stepping and dancing in formation to their own routines all at once was exciting to watch. Everywhere you looked, from the stage to the aisleways, the auditorium was full of enthusiastic members. The performers were very dynamic as the synchronization of each team showcased their individuality and dedication to their organization. Energy is definitely transferable as the performers’ high energy throughout the night prompted the audience to stay in tune with the show, sing karaoke-style to the music and even get up to dance in the aisleways alongside the performers.

Throughout the night, R&B and Soul hits of the past and present were echoing throughout the auditorium. Another electric part of the event was the unity of the audience in dancing and singing to classic records from Pretty Ricky, Trey Songz, Chris Brown and more of our favorite urban contemporary artists. With Valentine’s Day falling just a couple days prior to the night, the music was a perfect complement to the show, which may have been the reason why the energy of the audience was so high at the show.

This event attracts EMU students as well as visitors from a variety of communities that appreciate the art presented by campus sororities and fraternities. Paris Knox, a student at Bowling Green State University, was excited to gather with friends to attend the show while being home for the weekend.

“The Stroll Competition on our campus is really interesting and fun to attend,” Knox said. “When my friend invited me up to Eastern for the show, I was all for it. I’m excited to see what the vibe is like tonight.”

At the end of the night, Zeta Phi Beta Sorority Inc. and Alpha Phi Alpha Fraternity Inc. walked away as the 2019 Stroll-Off Competition champions, bringing home the winning trophies. Although two teams were selected as champions, this year’s show featured an intense and competitive lineup of performances that were all deserving of nothing but praise.

The Stroll-Off Competition is another stellar event executed by NPHC on campus. NPHC continues to carry on the legacy that fraternities and sororities have built at Eastern by providing the Eagles with performances that feature authentic college step and dance routines. 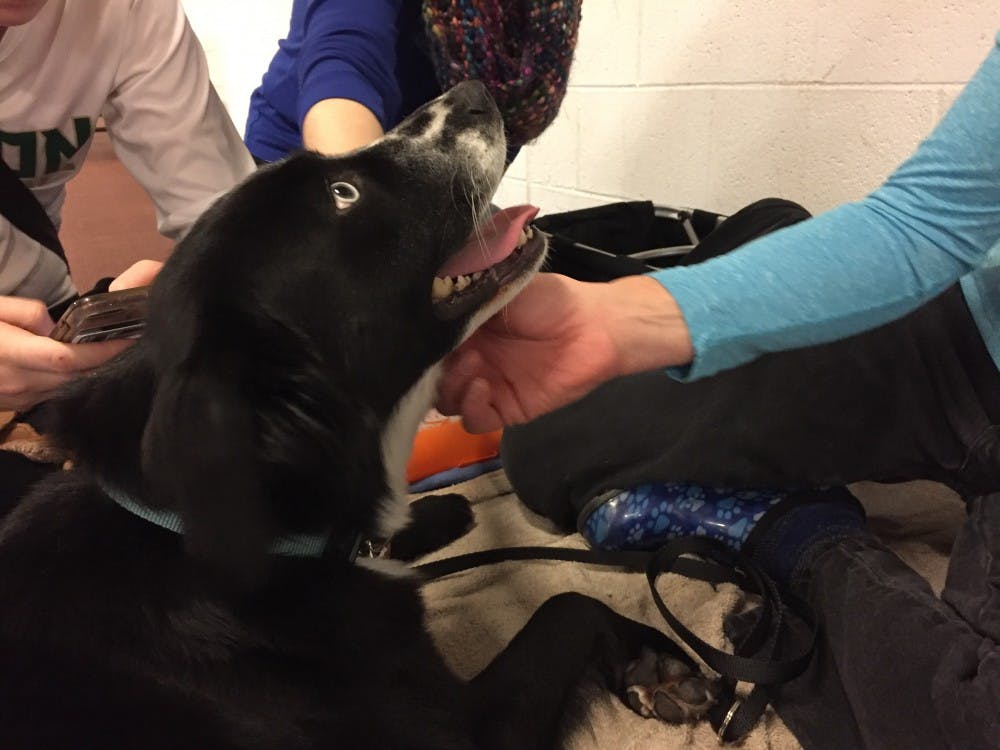