President Candice Crutcher presents an executive order that suspended Black Student Union from receiving funds from Student Government until they pay back over $1000.

By Dominic Sevilla
Pamela Mohar
Student Body President Candice Crutcher talking with the Student Senate at the last meeting of the 105th Senate on Tuesday, April 9 at the Student Center.

YPSILANTI, Mich. – Eastern Michigan University’s Student Body President Candice Crutcher signed an executive order suspending the Black Student Union (BSU) from receiving funding from Student Government until they pay back over $1,000 that was loaned to them at the beginning of August 2018.

Crutcher presented the order at the Student Senate meeting on Tuesday, April 9. This comes after a review of the Student Government’s most recent audit of the president’s discretionary fund that found a total of $1,151.89 that was never paid back.

“I was caught off guard when I found out about the money because I had thought they had paid it,” Crutcher said.

The events in question were from Black Welcome Week. BSU had agreed to pay the discretionary fund back at a set allocation meeting. The executive order explains that BSU had failed to show up to the allocation meeting, which was set for Sept. 18 but did attend a meeting on Oct. 2 for a different reason.

“On Oct. 22 I emailed the President, Treasurer and Adviser of BSU that they still had neglected to pay back their debt with and explanation of the consequences of their inaction,” reads the executive order. “They, in turn, showed up to the next allocation meeting on Oct. 30 without filling out the appropriate paperwork which led to an explanation of what their next steps need to be from the Director of Business Finance.”

According to Crutcher, there were other times throughout the year where BSU had borrowed money and paid it back. The executive order mentions a time where it had received $50 for a monitor.

“I didn’t make this decision lightly. I made sure that when I signed it, it was the right thing to do,” Crutcher said. “The people who were in charge at the time were seasoned leaders of the organization and knew what they needed to do when they received the money.”

The order was presented at the last meeting of EMU’s 105th Student Senate with the newly elected senators present as well. Crutcher mentioned the future Senate and the next student president could overturn the executive order but urged them not too.

Candice said at the meeting: “It was my decision to give them the money. I went out on a limb to be a good person to help a student org. and essentially screwed me over. It hurts because it is from your own community. That’s when it hurts the most.”

Sen. Balaal Hollings spoke up at the meeting after Crutcher and was in full support of her decision.

“Like you said, it hurts when it is your own community,” Sen. Hollings said. “I just want to commend you for doing this. You have been called a fearless leader here a number of times, and as a Black student and a member of Student Government, I stand behind you.”

The Eastern Echo tried to reach out to BSU prior to publication but was unable to contact anyone for a comment. 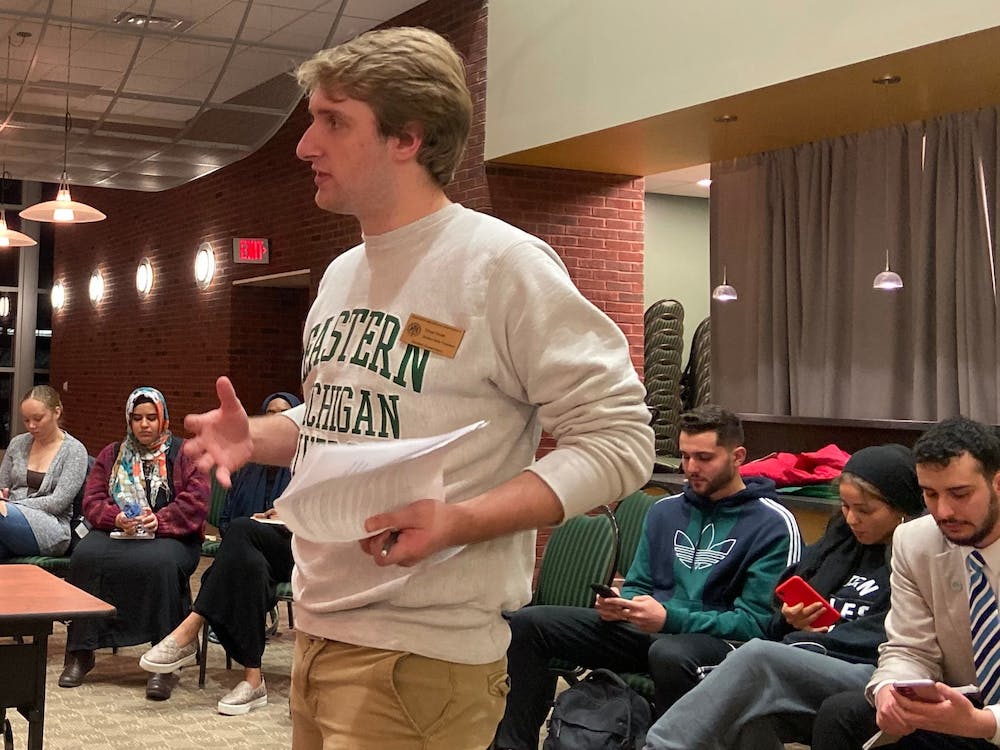