Inside the 100-year-old building that houses the Riverside Arts Center, the staccato tapping of typewriter keys rang out against the tiled floor and wood-trimmed walls. Along the wall of the studio sat the “futurologists,” each with a typewriter positioned in front of them. Rolls of paper flowed from the typewriters, creeping across the floor toward the audience. On either side of the instrumentalists were Eastern Michigan University Professor Carla Harryman and University of Michigan Professor Petra Kuppers. Together, their combined voices and typewriter sounds created a symphony of words and noises. This is Hannah Cut In, an original piece created by Professor Harryman and originally performed for the Poets Theater 2017 conference at UC Berkeley.

This ensemble was one of the many talented performance artists on hand for the opening reception of Glyph: The Diversity, Complexity, and Aesthetics of Language art exhibit. Acting at times as a chorus, the futurologists (or instrumentalists) consisted of a diverse group of artists: Audra Kubat, folk singer from Detroit; Billy Mark, performance artist and poet from Detroit; Ben Willis, musician and composer from Detroit; and Stephanie Heit, poet and movement artist from Ypsilanti. The futurologists spoke in conjunction with Harryman, “playing” their typewriters as instruments while their voices cascaded around the studio, overlapping crescendos that exploded into song. The soothing pseudo voice of Petra Kuppers acted as the barrier between these voices and the harsh rhythm of the typing keys.

The story of Hannah Cut In is inspired by the memories and recollections of Harryman. The character Marion is a representation of Harryman’s mother, while Hannah is that of Hannah Arendt (1906-1975), a political philosopher and writer. Arendt is well known for her coverage of Adolph Eichmann’s trial in the early 1960’s. Hannah Cut In recounts the memory of a young Harryman watching the televised trial with her mother.

“I realized my interest at one point had to do with this book [Arendt] wrote called ‘The Banality of Evil' and it’s about the Eichmann trials,” reflected Harryman on the writing process. “She had a couple controversial ideas in her journalism and one of the ideas was connected to the banality of evil; evil wasn’t sensationalistic in the modern period but it’s basically about people complying in stupid, nonreflective ways to the demands of a murderous state. So that’s where she got this idea that a lot of these evil people were basically just complying to agendas in an unreflective fashion.”

The story unfolds in Hannah Cut In as an opera may unfold on stage. The elevated pitch of voices, cut by the staccato typing of the keys, a burst of song, a lull of silence. The texture of the sounds create an ambience that sets the scene; the audience feels separated from the performers. As the spoken words become faster and more deliberate, the audience knows when it is meant for them and when they are simply spectators of a private conversation. Often this conversation is musings by a single character, delivered in overlapping voices. Mixed into this symphony one can make out concepts and theories that bend through the overarching story line.

“There’s this context that I think had so much to do with my own memories of watching the Eichmann trial, because my mother was watching. My mother was this very modest, thoughtful person, we lived in this little stucco house in Southern California and she had a very modest unassuming life. But she was so deeply curious about these kinds of issues that Arendt had a big voice in. And so these memories started to work together,” Harryman said.

Despite being written decades ago, many of Arendt’s ideas have conceptualized in today’s world. Her interest around international justice based on the genocide proceedings following WWII was a catalyst to the formation of the United Nations. The idea of the “futurologists” was around a group of people who base decisions entirely on data collection and analysis, which has become a reality in our digital world today. Another concept has to do with natality.

Harryman is hoping to perform again soon in the area. In the meantime, catch the Glyph art exhibit. Admission is free and it will be available at the Riverside Arts Center through May. 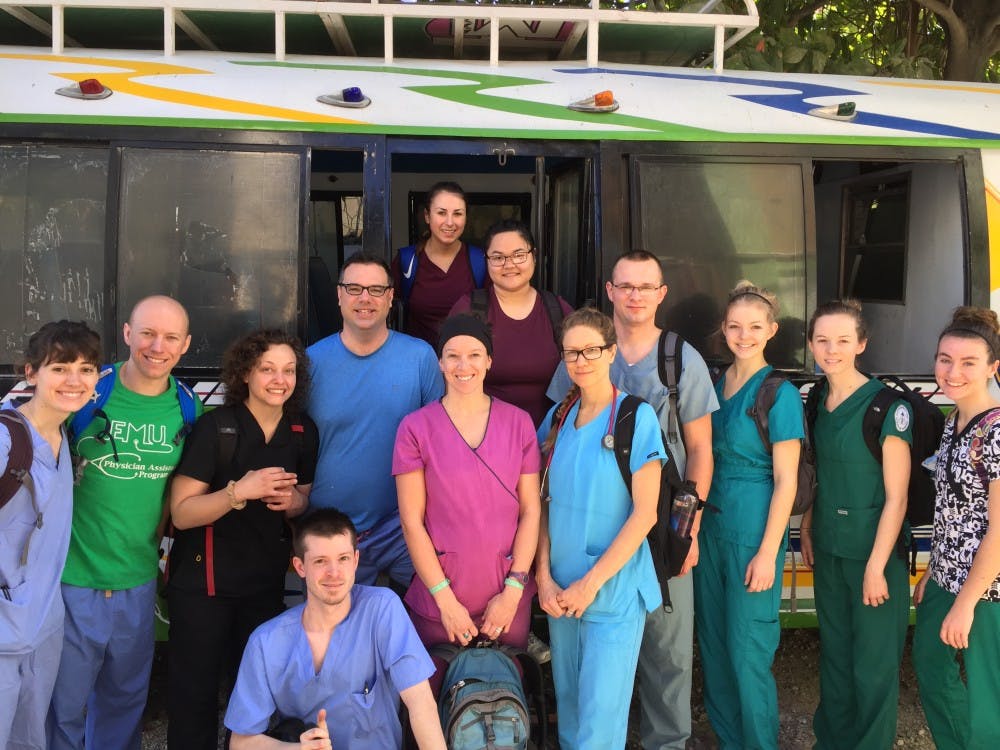