State of Michigan Senate Fiscal Agency has recommended a tuition restraint cap of 4.4%. This puts the undergraduate tuition increase at the state maximum.

Board of Regents discuss tuition increase at the June 13th meeting.

The Eastern Michigan University (EMU) Board of Regents recommended and approved a 4.4% increase of undergraduate tuition for the 2019-20 school year. This is accompanied by an increase of 5% for graduate and doctoral student tuition.

The figure calculated for the tuition and fee rate for a resident undergraduate at EMU during the 2019-20 academic year is predicted to be $13,658, an increase of $575 from the previous term and fees average of $13,083.

According to the EMU Chief Finance Officer Michael Valdes, this tuition increase translates to "just over 8 million dollars in terms of total revenue impact (for the university)."

The increase is the highest percentage increase in tuition permitted by the state without penalty to the university. The increase puts EMU's average annual tuition and fee increase at 3.87 over the past decade.

The tuition and fee increases were incorporated in the 2019-20 General Fund Revenue Budget for the university, which was approved during the June 13 regents meeting. The board approved a budget of $293.6 million.

The Board of Regents predicted that approximately 400,000 student credit hours will account for the $210.3 million in student tuition and fees necessary for the General Fund Budget for the 2019-20 academic year. This equates to a credit hour being valued at roughly $525.75.

When voting on the motion to approve the tuition increase, Regent Rich Baird stood out as the most vocal opponent of the increase, although he did vote in favor of it.

"I do not have confidence that this EMU budget presented is viable or sustainable," Baird said. "I believe it may be off by as much as $17 million in cuts that have to be made and we don't know where we will be making them from. And unless the current operating structure changes dramatically, EMU would still need to get an additional $8 to $900 per student in order to cover its costs. That's about a 12 to 13% tuition increase, which is simply not going to happen."

Enrollment was viewed as a contentious topic during the Board of Regents meeting, as many in attendance viewed EMU's enrollment as a primary cause for increasing tuition.

In interview with Jorge Avellan of WEMU 89.1, EMU's NPR affiliate radio station, the university president, James Smith, stated that the university intends to approach its lacking enrollment numbers by targeting high school populations that are growing in number, rather than declining by expanding the communities which EMU involves itself with as well as increasing online course offerings for students. Smith stated, "I believe (our marketing budget) is appropriately designed, we just have to look at different market places. . . (enrollment) is not going to get better in the next 11 years."

When asked if the university increased tuition due to a lack of funding as a result of lower enrollment, President Smith stated, "They (the Board of Regents) would be much more comfortable, given the status of the student's financial wherewithal, to have that number like 2.5 percent. . . and I think all of us think that way in our senior cabinet. What we can afford is not 2.5 or 2.6 percent , we really need to be at the state max. We will not go over the state cap. . . but we will probably go to the cap."

"What sometimes gets lost in this conversation, is the fact of the matter is, that there's been a societal shift in terms of pushing the cost of higher education at state institutions from more on the state," Valdes said. "About 75% of our funding used to come from the state .. that cost burden has been moved from the state to students. That shows up in tuition, and we have not seen an increase in our overall state support in nominal dollars compared to 2009."

Since the 2009 fiscal year, the cumulative loss of state appropriations to the university is $65 million. A general trend of university's throughout the state has required they be more tuition dependent as state funding has decreased.

When questioned on decreased enrollment in addition to a decrease to student credit hours, President Smith responded, "We are doing strategic planning work. . . There's an old line from President Porter that said that, 'The university was never healthier when we had 25,000 students taking 14 credit hours each'. . . That ship has sailed. . . I don't think we'll see that again but we certainly need to be north of where we are, and student credit hour production really is the question. We generate income based on student credit hours so we can have 19,500 students if they're all taking 16 credit hours, that would be great, that just not very common anymore."

Enrollment at EMU is currently 21,105 students according to university's Office of Admissions.

Along with tuition, a number of university auxiliary have experienced a fee increase.

Housing has experienced a 2.5 percent increase in price approved by the Board in a previous meeting. This has been coupled with a 7.4 percent decline in occupancy in EMU's housing stock. Dining, across the various plans offered by the university, has also received a 2.7 percent increase, also previously approved by the Board, this will translate to a flat revenue for dining. The Rec-IM opt-out fee will be increased from $35 dollars per semester to $40 dollars per semester, with the expected total revenue associated with this increase to be just under $1.5 million dollars. 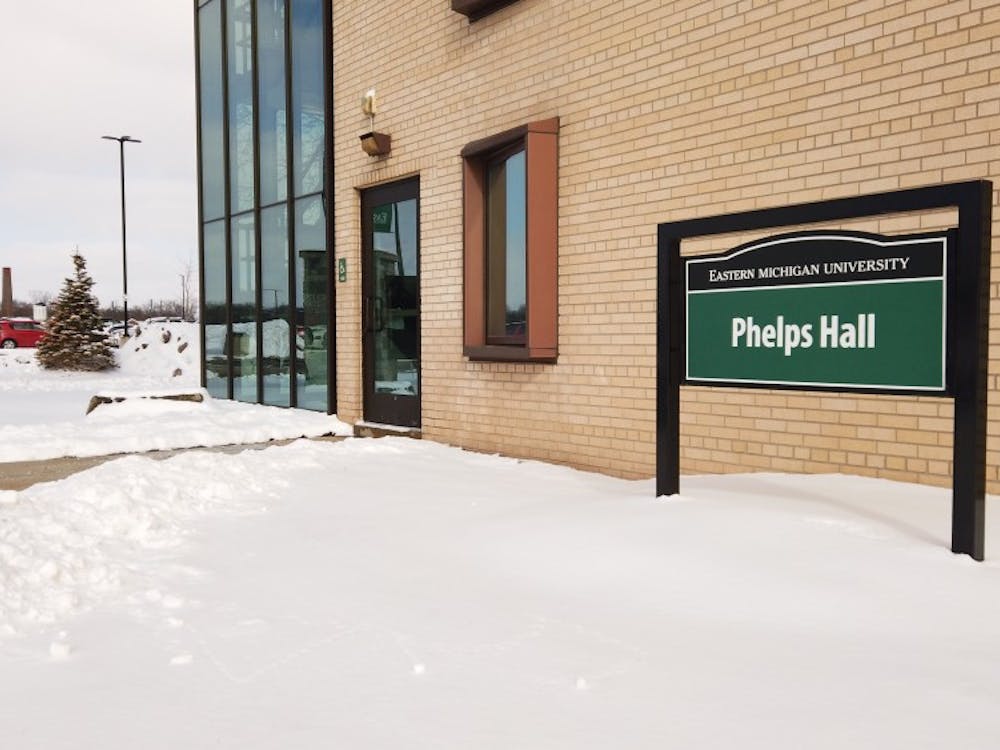