Marbles were used to damage windows of several local business on June 11.

A front window was broke at Sidetrack Bar & Grill after a subject in a Subaru was seen shooting at the business. The incident happened shortly after 5 p.m. on June 11.

The Ypsilanti Police Department has identified Matthew Haddad as the suspect involved in the incident that left multiple local businesses with broken windows June 11.

A notice for Haddad to appear at the Judicial Circuit Court in Ann Arbor was issued for June 27 and July 2.

It was determined a slingshot was used to project marbles at the windows of these businesses and broke several windows.

Following the incident, photographs from surveillance footage provided by Sidetrack Bar and Grill were posted to social media asking for the public’s assistance in tracking down the suspect. Two people came forward with tips after recognizing the suspect and vehicle (Subaru), which led police to Victory Toyota in Canton where Haddad was taken into custody on June 12.

Haddad was reportedly at the dealership to inquire about trading in the vehicle. A number of factors confirmed the vehicle from the surveillance footage, including a license plate number and a “stuffed cat” in the rear passenger window.

Haddad was taken to the Ypsilanti Police Department, where he was searched and questioned. During the search, police found a small white marble in Haddad’s pants pocket that matched a marble found at the scene of one of the incidents. Police also found a written note that appeared to be a “to-do list.” One of the items listed was “buy slingshot.”

During questioning by police, Haddad denied being involved in the incident and reportedly talked about how the police were involved in a giant conspiracy to get him because he had made “enemies” with some very powerful people in the restaurant business. Those restaurants were reportedly the targets of the attacks, including Tap Room, where Haddad was arrested by Eastern Michigan University police on June 3 for throwing glass at a bartender and resisting arrest.

Police obtained a search warrant for the vehicle and found a white marble between the driver seat and center console as well as a purse that contained a slingshot and white marbles. Police also found a notebook that matched the paper of the “to-do list” found in Haddad’s pocket.

Police moved forward to obtain a search warrant for the suspects DNA; however, Haddad refused to be fingerprinted, have DNA collected or be photographed in conjunction with the case. Haddad was then transported to St. Joseph Hospital for his blood to be drawn in order to obtain his DNA sample since he denied the swab test.

Once the blood draw was completed, Haddad was taken to the Washtenaw County Sheriff's Office.

The story will be updated with more information as it becomes available. 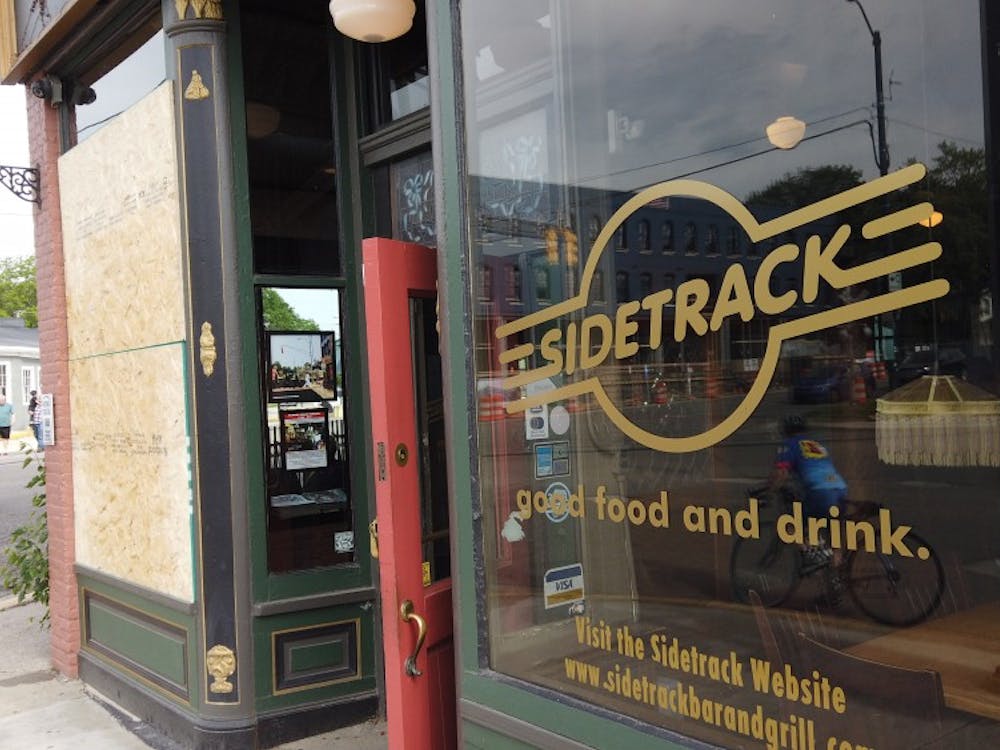