Creighton argues with line judge in loss to Michigan State in East Lansing.

Head coach Chris Creighton has helped turn the Eastern Michigan football program around in five years and has led the Eagles to a 4-3 record this year.

Creighton was hired by Eastern Michigan before the 2014 season and after Ron English was fired the year prior. English was the Eagles head coach for four years before being fired nine games into his fifth campaign. His record at EMU was 11-46 and English led them to just one six-win season. Creighton has had two six-win seasons and is on the verge of a third this year.

Creighton struggled in his first season with Eastern Michigan. He was trying to recruit the type of players that could implement his offensive and defensive schemes. The Eagles went just 3-21 in Creighton’s first two seasons. A change started to happen and Eastern Michigan became competitive in 2016.

The Eagles earned their biggest win under Creighton to that point by defeating Rutgers Sept. 9. Eastern Michigan pulled off a 16-13 upset victory and finished the season with back-to-back wins over Miami (OH) and Bowling Green. Two of the most consistent players under Creighton have been seniors Matthew Sexton and Shaq Vann.

“Matt [Sexton] has come up big,” Creighton said. “Senior leaders are always going to be asked to make plays and everybody in our program knows that Matt is capable of that. It was so good to have him [Vann] back. He just had a maturity about him during the game. He’s been there before. He not only played like it but he acted like it.”

Vann committed to EMU before 2014.

“It was just kind of like my high school,” Vann said regarding Eastern Michigan football. “My high school was at that point where we needed to get over the hump, and that was how I felt about Eastern Michigan, too. It’s kind of why I came here and chose to be here. I’m so glad I came here. My relationship with coach is great. Personally, I just want to win. That’s what it comes down to.”

Over the last year and a half, the Eagles have earned wins over Purdue, Toledo, Central Michigan, Illinois, Western Michigan and more. In that span, the team has gone 11-9 and took a trip to the Camellia Bowl.

“I think it probably proved something that we already knew, but we’re a team that is capable of winning and losing every week,” Creighton said. “When we’re playing Eastern Michigan football and everything that entails, throughout the week and on game day, then we have a chance to win. And if we don’t or aren’t, then we’re going to lose. That’s where we’re at.”

The Eagles prepare to face Toledo on Saturday, Oct. 26. 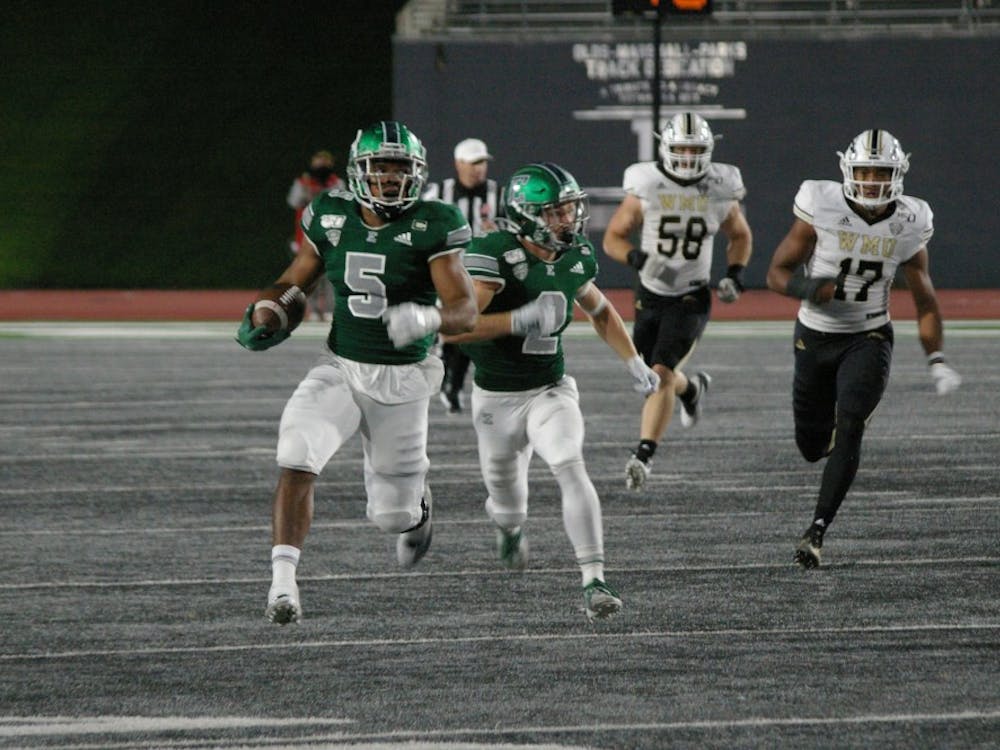