The Eastern Michigan Volleyball team tallied their first win of the season with their defeat of the Northern Illinois Huskies, three sets to one.

Senior Franki Strefling had a phenomenal game with a career-high 23 kills. This ties her for fourth all time in school history. Strefling also reached the impressive milestone of 1000 career digs, and is only the 17th Eagle to hold this accomplishment. Her intensity on offense and defense was felt all evening, as she dominated the court to lead the Eagles to victory.

The Eagles won their first set without much challenge, 25-20. However, the Huskies battled back in the second set, edging the Eagles 25-23 to even the series.

In the third set, the Eagles started on a 4-2 lead, but after a momentum shift from the Huskies, the set was tied 9-9. The Eagles then went on a 5-2, giving themselves room to breath in the battle until they finally won the set 27-25. In the fourth set, the Eagles never lost their lead after going up 13-8 and won the match with a final score of 25-21.

In Friday’s rematch, the Huskies were able to avenge their Thursday loss as they won in four sets.

Strefling had another dominant match with 19 kills. Jansky pulled through with 15 kills and Senior April Houston totaled 13 kills. However, the Huskies were too much, as four NIU players notched double-digit kills against the Eagles.

In the first set, the Huskies started out strong with a 5-1 run. However, the Eagles sparked a comeback to pull within one point. After that, Huskies never looked backed and took the first set 25-22.

The Eagles lost the second set 28-26 in heartbreaking fashion. They led the set 19-14 until the Huskies scored five unanswered points to tie and eventually complete a comeback.

In the third set, the Eagles scraped out a 31-29 victory to avoid being swept. In the final set, the Eagles once again were up late, 18-14. However, the Huskies rallied back to end the game, 26-24.

The Eagles look to get back in the win column against Kent State on the road, which is slated on Monday, February 15 at 5pm. 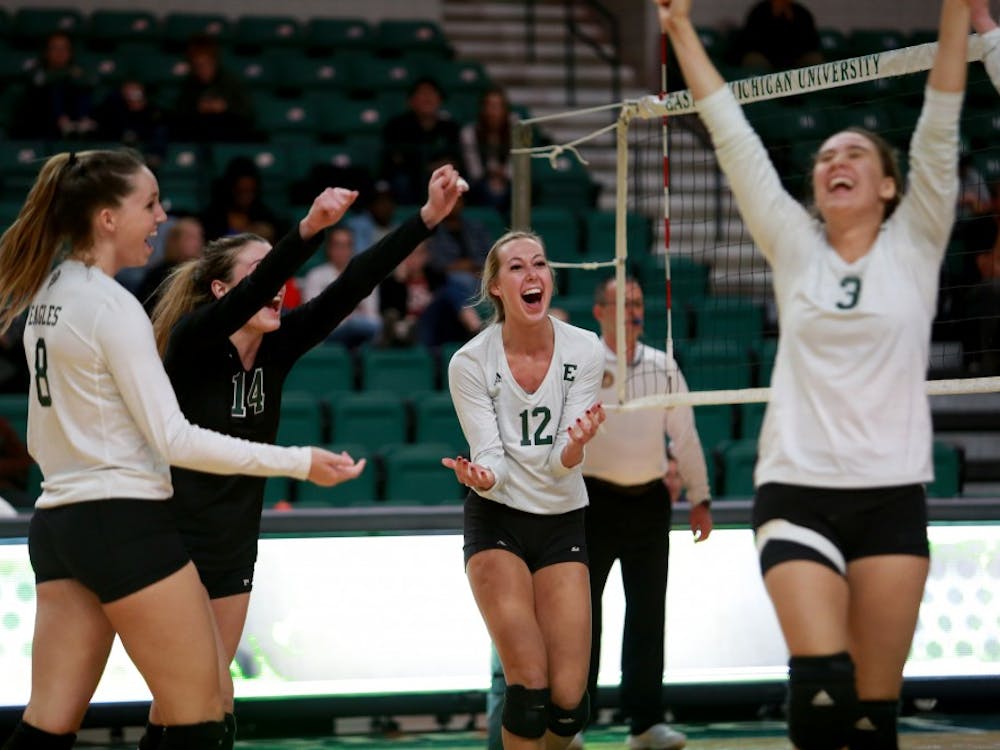