Layla McMurtrie: On this week’s episode, we’ll be talking about an EMU alumnus and his current journey running for Detroit City Council, as well as the EMU cheer team winning their first national championship. I’m Layla McMurtrie and this is The Eastern Echo Podcast.

Since graduating from EMU in 2017, Daivon Reeder has taken the skills he learned during his time here and applied them to his current run for Detroit City Council. Reeder is motivated to give back to the people that helped him while growing up in the Eastside of Detroit, evoking his desire to run for city council to help make change for the residents of District 4 and the city overall.

Reeder has always found importance in making positive change in the community, something that was always prevalent throughout his time at Eastern as well. While attending EMU for his studies, Reeder responded to declining retention among his fellow students by founding the peer-to-peer mentoring nonprofit program, The Nation, Inc., with four friends.

Reeder stated that his experiences at EMU shaped him into the person he is today, highlighting how his studies helped him learn and grow from mistakes, gave him the opportunity to meet new people, and connected him to other EMU alumni who currently make up his campaign team.

Reeder’s platform focuses on equitable housing, revitalizing the economy, enhancing the safety of neighborhoods, and environmental and climate justice. He emphasizes that he believes the presentation of culture and the voice of the people is what’s most important for the city of Detroit. His goal is to be that voice, representing the citizens of Detroit and their needs.

In an interview with The Echo, Reeder stated, “I think that we need to make sure that we are including our citizens in the decision-making process, both hearing their voices and also in planning.”

He also discussed the need for representatives of the city to keep real Detroiters in mind when advocating for Detroit’s evolution. Often, gentrification causes a cost increase that forces the people who originated in that place to find another, cheaper home.

Reeder addressed the issue in an interview, stating, “Development is great, but development is not great when it causes displacement and that’s something we need to address. We need to [think about], are we promoting a new Detroit, a better Detroit, for Detroiters.”

Another fellow alumna and a friend of Reeder, Kyra L. Mitchell, has taken the position as his campaign manager. Mitchell supports Reeder because of his platform and his emphasis on being an example for younger individuals who want to use their voice to make a change in their own communities.

Mitchell said of Reeder, “He’s not one of those people that will act because someone told him to, he’s doing what he believes is best for the district and the residents of that district and [taking into account] the changes that residents want to see.”

The primary election for Detroit City Council will be held on Aug. 3. Residents can vote with either a requested absentee ballot or in person at their local polling location.

In other university news, the EMU cheer team has recently become national champions for the first time in program history.

The team won the National Cheerleaders Association Intermediate Small Coed Division IA on April 9, defeating Coastal Carolina University and the University of Central Florida with a final score of 91.5125.

Despite many obstacles, including COVID-19 testing protocols, sanitization breaks, and several shutdowns that led to fewer practices and less time together, the athletes pulled through and greatly prospered.

The team’s head coach since 2014, Mary Spilski, said this season was about more than cheerleading.

Spilski told the Echo, “It was more about the mental health of 24 athletes. It was about their academic challenges, financial struggles, and being socially isolated. I had to back off on standards that have been set because the circumstances of their lives had changed...I think practicing was a saving grace for a lot of them, it was [their] safe space.”

Olivia Hewitt, a cheerleader and senior at EMU, talked about the fact that although the season was immensely different, the team's connection never diminished.

She told the Echo, “The pandemic brought us closer together and gave us an opportunity to bond over something teams had never bonded over before. Although being shut down was not ideal, I truly believe that we all remained focused on our goal, which was nationals. I think it turned out all right for us.”

Spilski and Hewitt said the most difficult part of this season was not performing in front of a crowd. Since last year’s competition was canceled, only seven of the team’s 24 members had previously performed at nationals.

The team reworked their previous season’s routine by adding new music and minor changes to the choreography. Within about 20 practices, the team incorporated their freshman members. However, the routine was constantly changing anyway, including right before two major performances. An injury the night before a prelimination round forced the team to spend hours changing the choreography, and it changed again when the injured cheerleader was cleared to participate. The team even adjusted their routine while walking to the stage at nationals.

Despite the challenges of a season affected by the global pandemic, the EMU cheer team won the program’s first championship title. Spilski said the team’s theme, “Build It Bigger,” reminded them to push through the unforeseen challenges they faced.

Hewitt has been a cheerleader for 15 years, and she said that winning the national title was a dream come true. She said in an interview, “Ever since I was a little girl, it was my dream to be able to cheer as long as I could. Being able to go out as a national champion is beyond a perfect ending for me.” 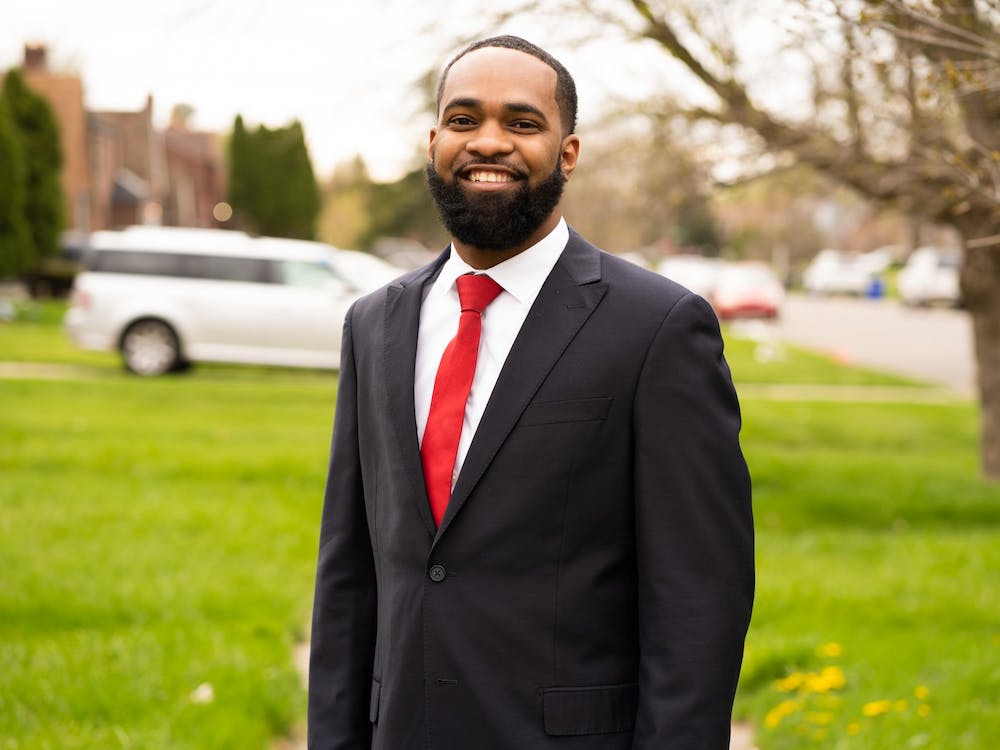