Meet EMU football player Jake Julien, The Canadian native whose first love was soccer, but one day took a risk with football that would alter his future.

Jake Julien has been Eastern Michigan University’s starting punter since his arrival in 2017.

Since his freshman year at EMU, Julien has established himself as an accomplished, high-level athlete.

“I took the risk and chose Eastern Michigan,” Julien said. “It was a chance for me to do something great and reach my potential.”

Julien is a Canadian born athlete from Barrie, Ontario. Since the third grade, Julien's only passion was soccer.

There, Julien attended North Collegiate High School, where he played rugby and performed as the goalkeeper of his high school soccer team.

“I played a lot of Rugby,” Julien said. “Much like soccer, a lot of kicking is involved with rugby, it’s a large part of the game.”

It wasn’t until the tenth grade, that he would be introduced to playing football. Julien caught the attention of the high school’s football coach during the football team's pre-practice.

“He saw me kicking during pre-practice with some of the guys,“ Julien said. “I wasn’t on the team yet, but he told me I would probably be good. I tried out football and fell in love with it.”

Julien believes that Kohl’s Professional Camps is one of the best camps out there.

“They have the highest level of competition there, and the most exposure,“ Julien said. “The guys you see at these camps are Power Five commits.”

Going through the recruitment cycle, Julien didn’t receive the attention from the United States he had anticipated. Late into the recruitment process, Eastern Michigan University made Julien an offer.

Julien had a decision to make, and it was not an easy one. Stay home in Canada to play football, or take the risk in the U.S. to compete with the best of the best.

And that, he did.

As a sophomore, Julien was selected Second Team All-MAC in 2018. Julien was also the first Eagle in EMU’s history to be honored with a MAC weekly award five times in one season, etching his name in the history books.

Julien’s accomplishments garnered himself a nomination for the 2018 Ray Guy Award, an award that is presented annually to college football’s most outstanding punter.

In 2019, Julien earned Second Team All-MAC and fourth team pre-season honors from Athlon Sports. In 2020, Julien was ranked eighth nationally, while leading the MAC in punting. Julien’s efforts in 2020 would garner Second Team All-MAC honors as well as a nomination for the 2020 Ray Guy award. 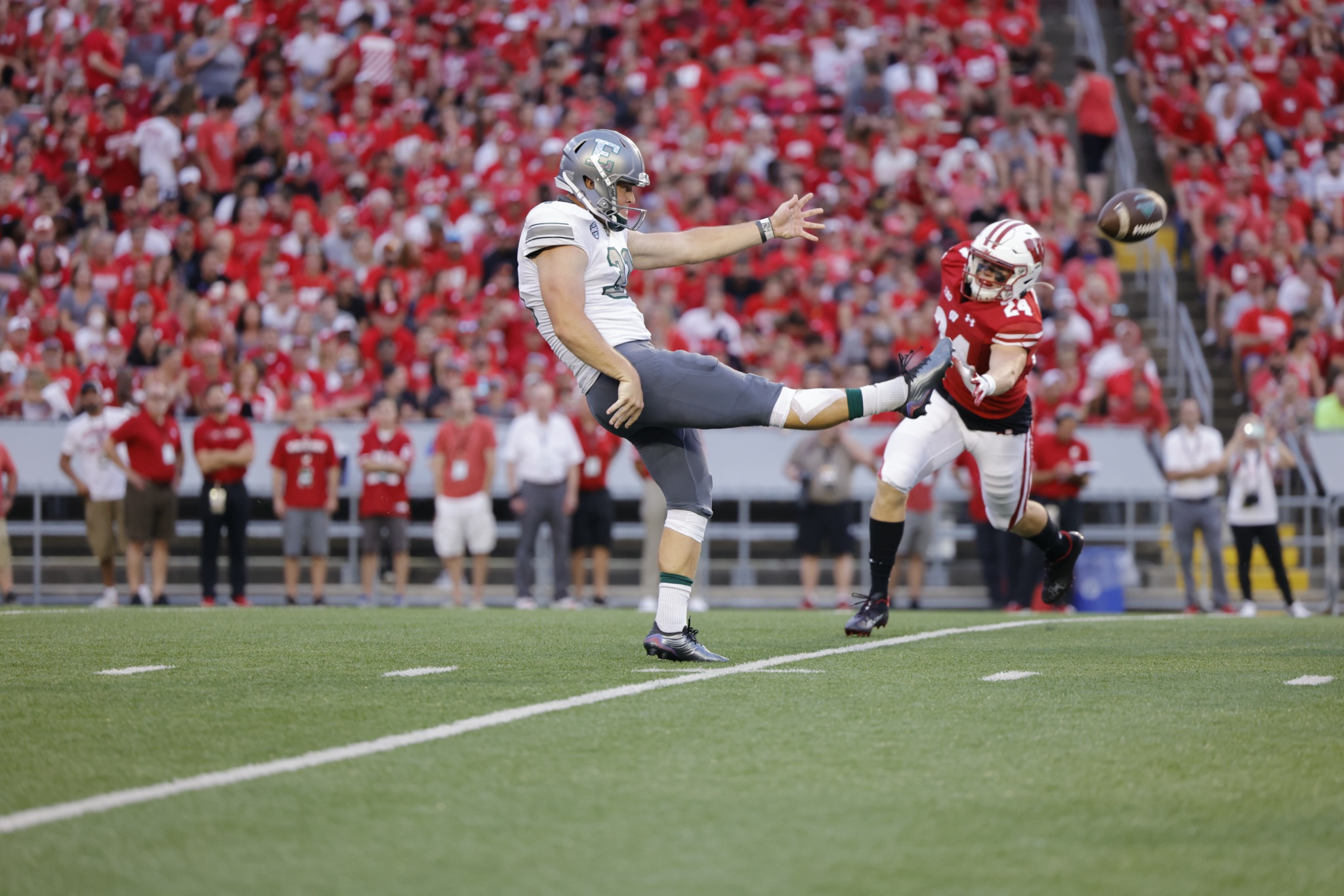 Julien’s hard work was recognized, and led to something greater.

In May, the Canadian Football League hosted their annual draft. In the fourth-round of the 2021 CFL Draft, Julien was selected 31st overall by the Ottawa Redblacks.

“It was a sweet day, I’ll never forget it”, Julien said.. “I’m really thankful the Redblacks took a chance on me.”

This season, Julien is playing in his fifth year here at EMU, due to the NCAA’s extension of eligibility as a response to the COVID-19 pandemic. But after being drafted by Ottawa, why come back?

“I wanted to give it one last go-round and see what I can do. Being one of the first Canadians to be selected as an All-American would be great, but most importantly, I want to do everything that I can to help the team win.”

Julien is expected to pursue professional opportunities as a punter following his 2021 season with the Eagles. 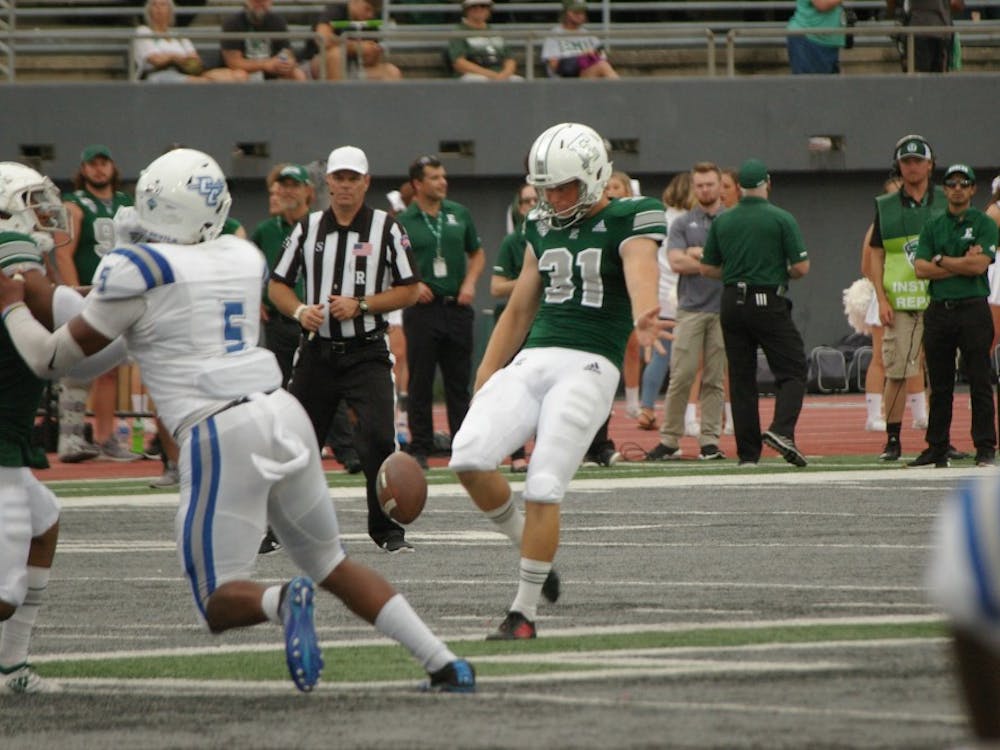