Jacob Walter Kendrick: On this week's episode, The Eastern Michigan University Board of Regents approves a $42.5 million renovation of Roosevelt hall, EMU is commiting to $52.6 million to financial aid for the 2022-23 academic year, and an Eastern Michigan University Professor receiving the highest honor from the Federal Republic of Germany. I am your host Jacob Walter Kendrick and this is the Eastern Echo Podcast.

The Eastern Michigan University Board of Regents approved a $42.5 million renovation of Roosevelt Hall as the top state capital outlay funding request on Tuesday, Oct.19.

The project represents phase two of the expansion and growth of the GameAbove College of Engineering and Technology.

The University’s Five Year Capital Outlay Plan was approved by the Board of Regents to submit Roosevelt Hall as the University’s top project request for state cost participation for the fiscal year 2023.

If approved as part of the State’s Capital Outlay Process, the University’s cost share would be $12.5 million, according to EMU. The plan’s approval will dictate the funding mix of 75% state contribution and 25% Eastern contribution, approved at $30 million.

Roosevelt Hall, home to four separate divisions within the College of Engineering and Technology, has programs in Technology & Professional Services Management School such as Aviation, Business Management and Marketing Technology, Secondary Education Business, and Paralegal.

Programs in visual and built environments present in Roosevelt hall include fashion, marketing innovation, interior design, and merchandising. Additionally, the ROTC-Military Science and K-12 STEM outreach are housed in Roosevelt, according to EMU.

Earlier this year, the University completed Phase one of the growth and expansion plan of GACETGameAbove College of Engineering and Technology. As a result, Sill Hall, which cost $40 million, became a newly expanded showcase of technology focused on engineering, cybersecurity, autonomous vehicle research, robotics, and virtual reality.

The Board of Regents at Eastern Michigan University approved plans for a $52.6 million financial aid budget for students during the 2022-23 academic year on Oct. 14.

The approved budget seeks to minimize net costs for students by offering a high level of financial support, according to EMU. The financial aid budget will fund scholarships, grants, and funds.

EMU President Dr. James Smith said in a written statement: “It is critical we continue to support the financial needs of our students in a way that supports their academic, social and career needs, while also responding to this unprecedented world health crisis,”

The general fund’s scholarships, awards, and grants request is presented to the Board of Regents every October before the next student recruitment cycle. The request assumes 2,200 new students will be admitted and undergraduate tuition and fees will increase by 3% during the 2022-23 academic year.

Melissa Thrasher, the director of media relations at EMU, said to the Echo: “We're aware that the pandemic has taken a toll on the mental health and economic well-being of many Americans. As individuals face various hardships, Eastern Michigan University is able to provide institutional financial aid funds to enable qualified students to attend and graduate from EMU." This year’s request to the board is actually a decrease of $689,375 compared to the proposed budget for the 2021-22 academic year, which was $53.3 million.

Lastly, an EMU professor receives the highest honor from the rRepublic of gGermany:

The honor was presented to professor Damiano by the Consul General of the Federal Republic of Germany, Wolfgang Moessinger, in a Ceremony of Bestowal which took place on EMU’s campus Sept. 29 at the Student Center. The Order of Merit is the German award isthat is applicable to all fields and may be given to both native Germans and foreigners for achievements in political, economic, social, or intellectual fields.

Professor Damiano said to the echo: “Back in junior high school, I decided that I wanted to be a teacher. But it wasn’t in my wildest dreams that I would teach German.”

Damiano said to the Echo: “I was a passionate basketball player in high school and in college, and I took a trip with a touring team to Europe for four weeks, two of which we spent in Germany, and when we got back I started taking German.”

Damiano said: “In life, you have encounters that influence you, and they may be things you never dreamed of doing.  They just might have never been on your radar, and then when you travel to new places and meet people, the world kind of opens up to you.” 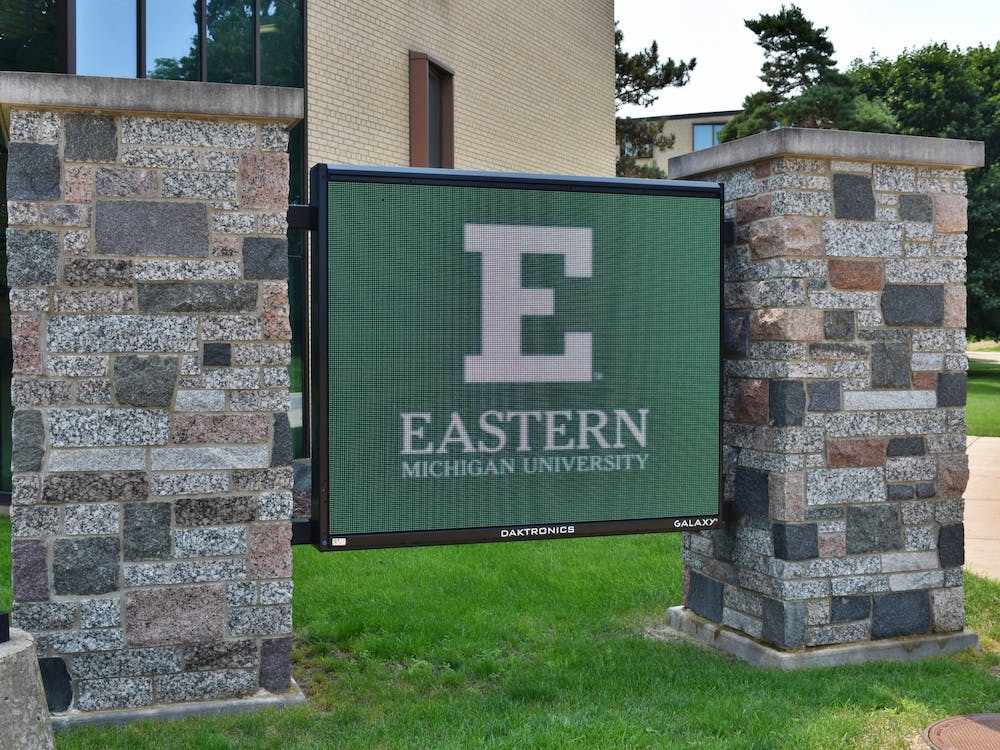