With Russia recently declaring war and invading Ukraine, this is a scary time for many. For Americans, it’s a new thing to make TikTok videos about.

Russia has recently invaded Ukraine declaring war; martial law was declared and people are being forced to flee. There are numerous civilian casualties. Russian President Vladimir Putin made threats to any other nation who attempts to intervene.

This is a very serious and scary time for people in Ukraine, and frankly, people everywhere.

One might think this is a time where the whole world mourns for Ukrainian lives, hoping and praying they will survive this and come out victorious with limited casualties and no escalation by Russia. However, many Americans are making jokes about this serious situation.

It began before the invasion of Ukraine. You could log onto Tiktok to see people making jokes about getting drafted for World War III. People shared memes about it. Social media was filled with people mockingly calling Putin “Daddy” and making strange thirst traps.

Later, when the invasion began, it picked up even more. Eastern Michigan University’s discussion app EMU Engage was filled with memes as well. People were also saying it was “exciting” to witness a historical event. The issue with saying this is that real people’s suffering should not be seen as exciting. We should be trying to avoid it at all cost.

One person even attempted to sell vinyl tee shirts they made with a glitter Ukrainian flag that said “#nowar.” After people asked if any of the proceeds would go to Ukraine or victims of the war in any way, the individual who posted it defended themselves by saying it was their way of “spreading awareness.” This post was deleted shortly after.

On TikTok, people are making edits of videos, continuing to make jokes. Actress AnnaLynne McCord received a wave of hate after she posted a video of herself reading a poem about how she wished she was Vladimir Putin's mother, so she could’ve loved him enough to stop the war.

Many people are also posting about being attracted to Ukrainian President Volodymyr Zelensky.

BREAKING: every woman in your life now has at least a small crush on Volodymyr Zelenskyy and there's absolutely nothing you can do about it

This mixture of romanticization and mockery is incredibly tone deaf. People are sexualizing and infantilizing someone who is responsible for the death of thousands of civilians. They are treating this like a TV show or a novel when in reality, these are real people’s lives. Some, as I stated before, are even trying to capitalize off of war.

To a lot of Americans, war is abstract, unfathomable. You've never seen a city in pieces. You've never feared war planes overhead. It's so surreal that perhaps you reach for a joke out of discomfort. If this is you, don't.

As Americans, we live in great privilege, as we are under very limited threat of war or invasion. When some of these people claim their humor is used to cope, many cannot help but ask, “with what?” America is, thankfully, not involved in this conflict. We are not at risk of being bombed or attacked. Our civilians are safe from tanks and guns. We are safe.

What I would urge people to do is educate yourself on the conflict in Ukraine. Really understand what is happening. Spread awareness and donate to organizations helping Ukraine, if you are able to. Those with privilege should always uplift those without. 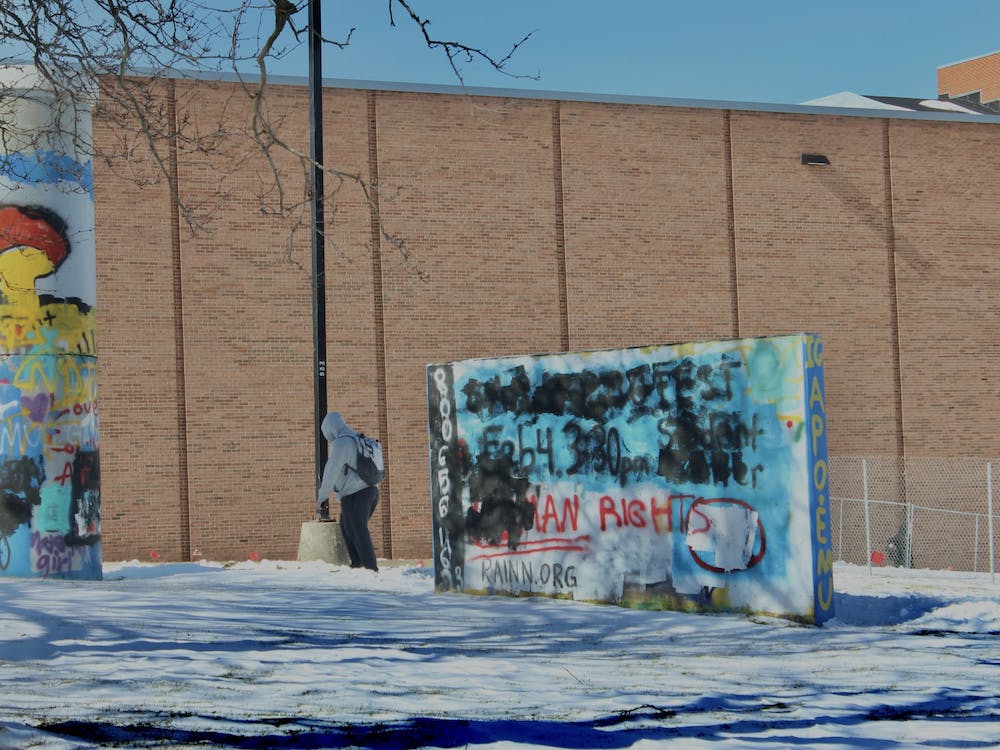