A version of this article in Japanese is available here.

The EMU Japanese Student Association (JSA) hosted a Japanese festival at Bowen Field House on Saturday, bringing Japanese culture to EMU’s campus with performances such as Kendo and Judo demonstrations, activities including origami and calligraphy, and popular Japanese dishes and snacks often served at festivals.

The goal of the festival was to spread awareness of Japanese culture and to provide an opportunity for students interested in Japan to get engaged again, JSA President Joanne Martinez explained.

Popular Japanese festival foods were served free of charge, including takoyaki, or fried octopus balls, yakitori, a type of skewered chicken, and yakisoba noodles, which are thin noodles stir-fried with cabbage, carrots, ginger, and beef, chicken or pork.

Origami, calligraphy, and DIY onigiri (rice balls), were some of the activities featured, offering festival-goers the opportunity to try different aspects of traditional Japanese culture with hands-on experiences.

“It’s really interesting to kind of live a mini part of [Japanese culture], rather than just learning about it,” Bracken said.

On top of the free food and activities, five performances took place, offering a look into both traditional and modern Japanese culture.

Audience members were then invited to participate in a Bon Odori dance, a traditional Japanese folk dance that was originally performed to welcome the spirits of ancestors.

Although Bon Odori has lost much of its religious significance, it is a popular staple of Obon, a festival held in the summer in Japan where people appreciate their ancestors by returning to their hometowns.

A Kendo demonstration followed, performed by the EMU Kendo Club, showcasing the modern Japanese martial art that descended from the samurai methods of sword fighting. Kendo was developed as a way to train with realistic combat without the risks of using real weapons.

The group, clad in the traditional armor of Kendo, showed off a number of techniques and invited audience members to join them at the end, offering them a quick lesson on Kendo fundamentals.

Japanese pop culture was also showcased at the festival, with a performance by the ChiRi Girls, a Grand Rapids-based J-Pop cover group. The duo performed covers of iconic J-Pop songs like Suki and Tapioca Milk Tea.

Finally, the festival closed out with a Judo demonstration, showcasing the skills and technique behind why Judo is called “the gentle way.” Judo is an unarmed martial art, and similar to Kendo, was developed to give students an opportunity to practice combat without the risk of injury or death.

Judo relies on upsetting the balance of your opponent, providing techniques for lifting and throwing them to the ground, where choke holds or joint locks are then applied to pin and control your opponent. 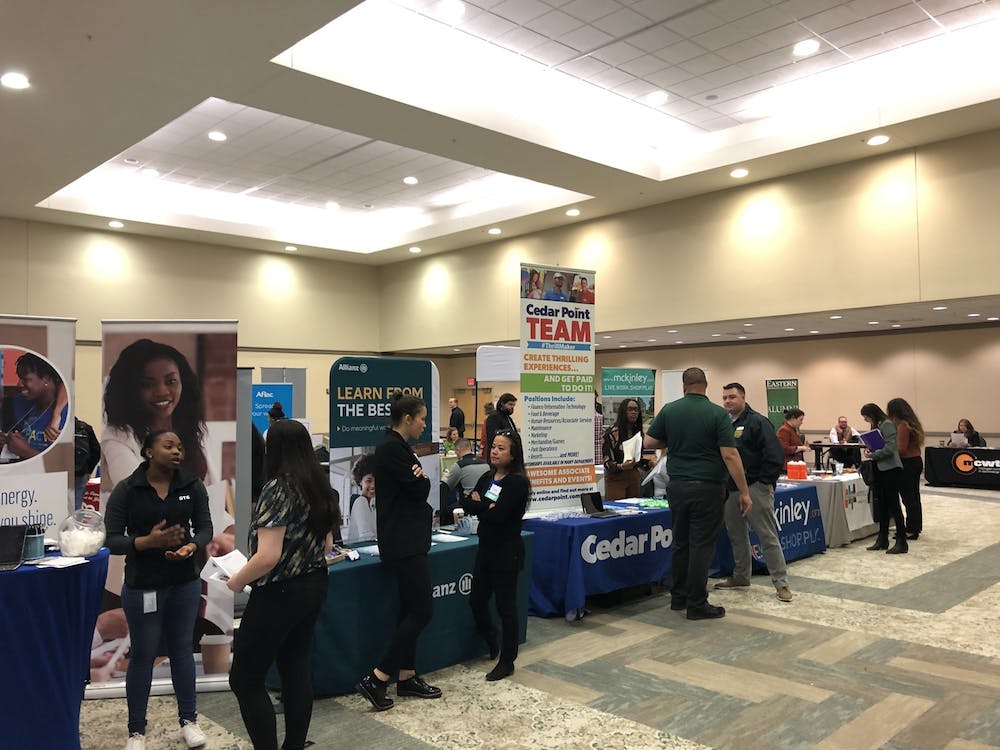