Clever and ambitious yet excruciatingly silly (unless you’re a fan of the campy sci-fi genre), filmmakers John Carpenter and future “Alien” creator Dan O’ Bannon teamed up for their first joint venture in storytelling with their 1974 cult classic, “Dark Star.”

Set in the mid-21st century, mankind has reached a point in its technological advances that enables colonization to the far reaches of the universe. Dark Star is a scout ship, traveling far in pursuit of a colony ship. Armed with exponential therostellar bombs, it prowls an unstable planetary system. A major problem arises that the crew did not count on; one of the ship’s thinking and talking bombs failed to launch and is lodged in the bay, threatening to destroy the entire ship.

What started out as a 68-minute student film actually became a stepping stone for two extremely talented visual storytellers. Personally, I’m a huge fan of Carpenter. Ever since I saw the original “Halloween” when I was 7, I was enthralled with his craft for low-budget pictures and how he produced them to make it look like he had a much larger budget. In reality, he hardly had anything to work with. I consider him to be a very skilled “campfire” director, taking the simplest urban legend and transforming it into a believable reality that we all can be afraid of. But I wasn’t really impressed with this film for a number of reasons.

I’ve been spoiled with Carpenter’s later work that leaves an imprint on the mind and keeps you wondering if the story you just witnessed could really happen. I was initially excited about viewing this first effort, and wondered what Carpenter had up his sleeve. But I very slowly became disappointed about 15 minutes into the picture.

The opening minutes set a less than stellar tone. After a couple tongue-in cheek rear-projecting images of the Dark Star voyaging through space, we’re introduced to a character named Pinback. Pinback, played by O’ Bannon, is a supporting character in the film’s storyline. When the Dark Star crew visits a new planet and captures an alien being, Pinback enters the holding cell to clean up a mess the un-earthly critter has made. While cleaning up, Pinback comes face to face with the little critter.

Knowing Carpenter from his films yet to come, like “The Thing” or “Prince of Darkness,” I was expecting to see a gruesome creature with a jagged jaw, pus-filled boils and slime oozing from its pores. Instead, we get a bouncing beach ball with feet. At this precise moment, I started laughing, and I laughed up to the point where I finally said, “This is so bad it’s not even a little bit good.” At this ridiculous moment I began to wonder if the filmmakers and the cast and crew were taking themselves seriously or if this was turning into a farce.

However, despite the horrible screenwriting, acting and creature design, there was one moment about the film that did impress me, boosting the film’s rating to its two-and-a-half stars for effort. Approaching it from a technical perspective, I found the close call situation in the elevator shaft to be a very impressive stunt for a student production.

Pinback chases the alien critter into the elevator shaft after it escapes from its holding cell. As Pinback scales the wall of the shaft, the elevator starts to descend (remember, this is a student film). From a crew standpoint, it looks like the elevator shaft was shot in a long, narrow hallway with the elevator cage on wheels. To make it look like Pinback was actually hanging from the shaft, I think a hidden harness was rigged through the actor’s clothing and a small crew hid in the ceiling to levitate Pinback’s legs to create the illusion he was hanging down an elevator shaft—quite an elaborate special effect for a film shot on a shoestring budget.

I’ve seen many campy and cult films, most of which I do not care for because of the uninspiring writing and amateur acting. But I do admire anyone who can pull off an illusion or a stunt that looks like the real thing and doesn’t cost half the film’s budget. Yet in the end, it was very simple to do and cost next to nothing.

Overall, “Dark Star” may not be on my list of “greatest movies ever made,” but that doesn’t exclude it from being up there with the “best attempts in technical filmmaking by students.” Its tongue-in-cheek approach almost creates a little charm that makes you give it respect, and maybe sheds some light on those with creative minds that hardly have anything to work with when it comes to creating some form of art. 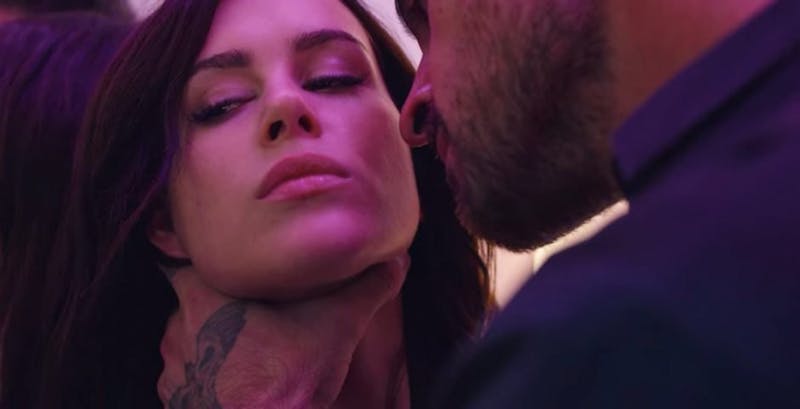