The Student Speech Space walls are a way for students at Eastern Michigan University to communicate upcoming events and express public message.

Spotted earlier today by a reporter for the Eastern Echo, one of the walls in the Free Speech Space reads “it’s okay to be white.” The message comes a week after a statement condemning anti-semitism was tampered with on the same wall.

“As soon as we saw that message, we knew it couldn’t stay up,” said Student Government Vice President Ethan Smith. “To whoever did this, I’d just say give it up. Your message is never going to take root here, and the EMU community isn’t even going to give it a chance.”

Eastern Michigan University’s Free Speech and Speaker Policy calls for the university to ensure the “safety and security” of people on and around Eastern’s campus, while allowing views to be expressed openly to allow for “critical evaluation.”

Student Government encourages students to speak up and shut down inflammatory and hateful messages when they appear on campus. The guidelines for use of the Student Speech Space, which include the kiosk and the walls, call it a creative space for students to “communicate upcoming events and other public messages.”

The slogan “it’s okay to be white” was spread last year by users on the website 4chan, an Internet discussion forum, to show that a harmless message would cause mass coverage by the media. It has since been picked up by politically organized neo-Nazi groups, including commentary website The Daily Stormer, to advocate for anti-semetic practices and white supremacy.

Richard Spencer, president of the white supremacist think tank the National Policy Institute, sparked a nationwide conversation on how free speech is regulated at college campuses when vising campuses around the country, including Michigan State University in March, spreading anti-semetic messages. The debate on whether to censor or resist free speech at public universities has been a political issue since students protested at University of California, Berkeley in the 1960s, advocating for academic freedom and a right to free speech.

The message was painted over at 6:00 p.m. by members of Student Government and the Silver Linings Fellowship Group. 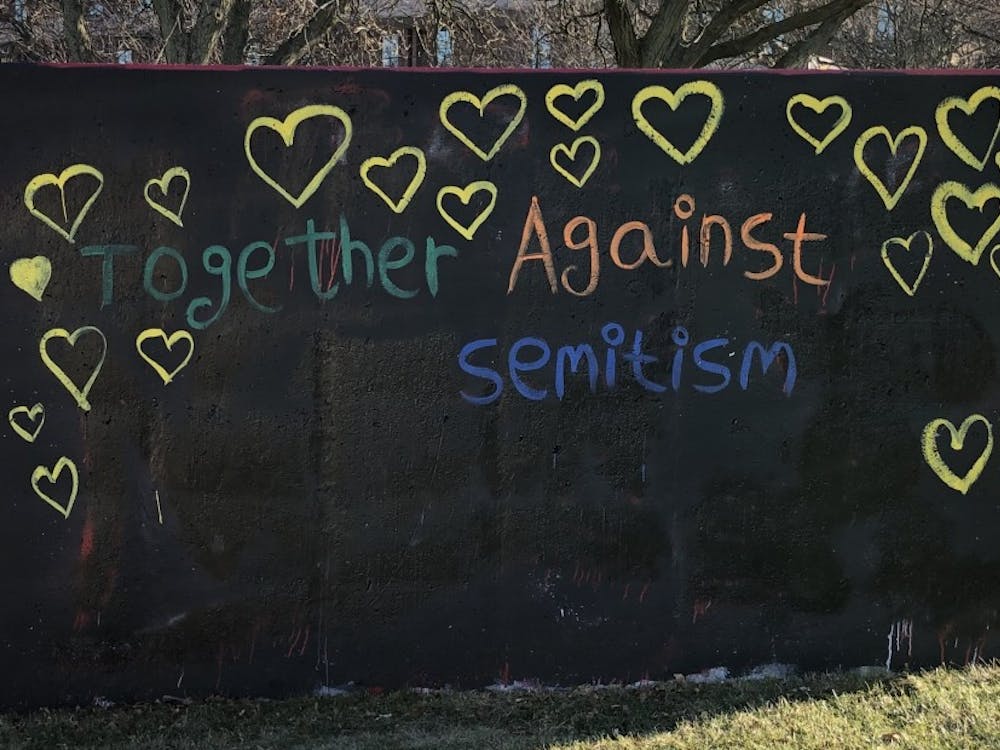