After just releasing “Sweetener” about 5 months ago, Ariana Grande is back at it with her darkest and most cohesive record to date. “thank u, next” seems to be the moodiest the artist has ever expressed.

The different attitude displayed in this record may make fans wonder, is this the Ariana Grande we know? Well yes, this is the new Ariana Grande. This album shows how major life events can make a person have a new approach to things. Multiple aspects of life could have contributed to her new sound, whether it was her breaking off the engagement with Pete Davidson, the passing of ex-boyfriend Mac Miller, and one that many people are quick to forget, the bombing of one of her shows in Manchester.

“thank u, next” seems to be Grande putting on a brave face, or just not caring what people have to say about her. This album seems to be full of pop star struggles, but at the same time, it involves average life problems that many listeners also go through. From her expressing the need to break ties with a “friend with benefits” or her being addicted to shopping, herself neediness or her intents on “bad ideas.” It seems like an average young woman through closed curtains, but who knows.

Grande’s vibe on the project give out these melancholy types of emotion that I cannot stress enough. This is what makes the record more than just an average girl and her average struggles that are portrayed.

Despite the drearier themes on this album, it starts off with one of the brighter songs, “imagine.” With its rocking back and forth 3:4 time signature, this song has some of my favorite drum patterns on the project. Grande’s voice seems to go perfectly over this. Her layered voice tracks are one of my favorite parts of this track. “Imagine” being sung back and forth at the end of the song makes you feel like you’re listening to a full choir. Definitely one of her most artistic tracks in her discography and one of my favorite songs.

“needy” chimes in with spacey keyboard tones as Grande spouts in about “if you take too long to hit me back” there could be problems because of  her own neediness. This one is becoming very popular outside the leading singles. She expresses herself being needy, but at the same time, she asks, “tell me how good it feels to be needed,” which sounds like she’s putting herself down and knowing she may need a person who uses her. The love interest in the song may know they are very “needed,” which is something many people take advantage of in this generation. That’s at least how I see it.

“NASA” starts rolling as the third track and has a very catchy hook, “I’ma need space / I’ma need space,” which caught my attention. Wasn’t the last track on her being needy? And now she needs space? Grande knows what she’s doing. To me, this expresses a mood swing or types of bipolarness. Something people may go through everyday. Sometimes we just need someone right by our side, then the next minute we need our space. I like how these two tracks are right back to back.

The song that really did something for me was the track “bad idea.” This song starts off with a sleek guitar riff that gets followed in by a strand of hip-hop beats. Hands down, this is the best song on the album, and I don’t believe there should be an argument for this. The hook is something extremely catchy. “I got a bad idea” is something that caused me to become addicted to her singing. The song slows down once about mid-way with some amazing cello strings, then she pops the hook right back in with a huge climax. It slows down once more with violins screeching in, then stops. The hook comes back one more time, but it is excessively slowed down, where Grande sounds robotic, but it is so satisfying. I felt a Fergie influence. No complaints on the track. 10/10 for “bad idea.”

The album slows down to an almost unpleasant amount once “ghostin” rolls in. The actual song is not bad whatsoever, I just thought the album flowed so well up until this point. This is for sure the darkest and possibly deepest song in terms of subject matter on the album. Grande sings so smoothly with her impressive soft voice style.

The next three songs after “ghostin” are indeed the worst three songs on the album. “In my head,” “7 rings” and the title track “thank u, next.” with “in my head,” this song had a good pre-chorus that had promise, but no. It evolves into something that sounds extremely dry and something I’ve heard in an elevator. The song is abnormally boring, and it caused me to switch to a different song multiple times. When she says, “Skrr Skrr,” I think I cringed so hard I had to go lie down and think about what I just let play in my ears.

I wish I could say it gets better when that song ends, but it doesn’t. “7 rings” comes on and oh, boy. Grande sounds like she’s trying to have this newly found ego in this song that is totally not her. Did I mention Soulja Boy? The hook off this song is straight off of his 2010 single “Pretty Boy Swag.” Nothing original is found on “7 Rings.”

The title track “thank u, next” isn’t very good either. However, it is listenable compared to the previous songs. Something I really enjoyed about this track was the beat and the sample used. Very poppy, very radio-friendly, and the hook is painfully catchy. I believe that this is all the track has to offer. The verses are generic and does nothing for the track. The subject matter focuses on being thankful for an ex, which seems to be the new trend for people in the Twitter-sphere.

The album ends very nicely with a pretty enjoyable track “breakup with your girlfriend, i’m bored.” A great track title isn’t it? If Grande wanted you to breakup with your girlfriend because she was bored, don’t even try to say you wouldn’t. I love the beat the track begins with. One of the most grittiest beats on the album, which goes along with the message she portrays. Good hook, good build up on the lead, and Grande sounds a bit on the evil side, exclaiming that “damn, she can’t compare.” This was one of the tracks I’ve noticed Grande was putting her newly found ego on. Not complaining.

In the end, and after listening to this album multiple times, I’ve came to a conclusion. This album is good. Pretty good. I wouldn’t say amazing, but it is good. I loved most of the beats. They were very spacey and extra climactic. Grande is an amazing singer. Her use of vocals range is so much, and I enjoy hearing her versatility. There were just some songs that didn’t reach their full potential and lacked the creativity like I noted. “bad idea” will be a song that’ll get multiple plays in the car. Some, not so much.

I overall enjoyed the album “thank u, next,” and I’m sure Grande will continue to flourish from here on out. “thank, u next” gets a 6.8/10. 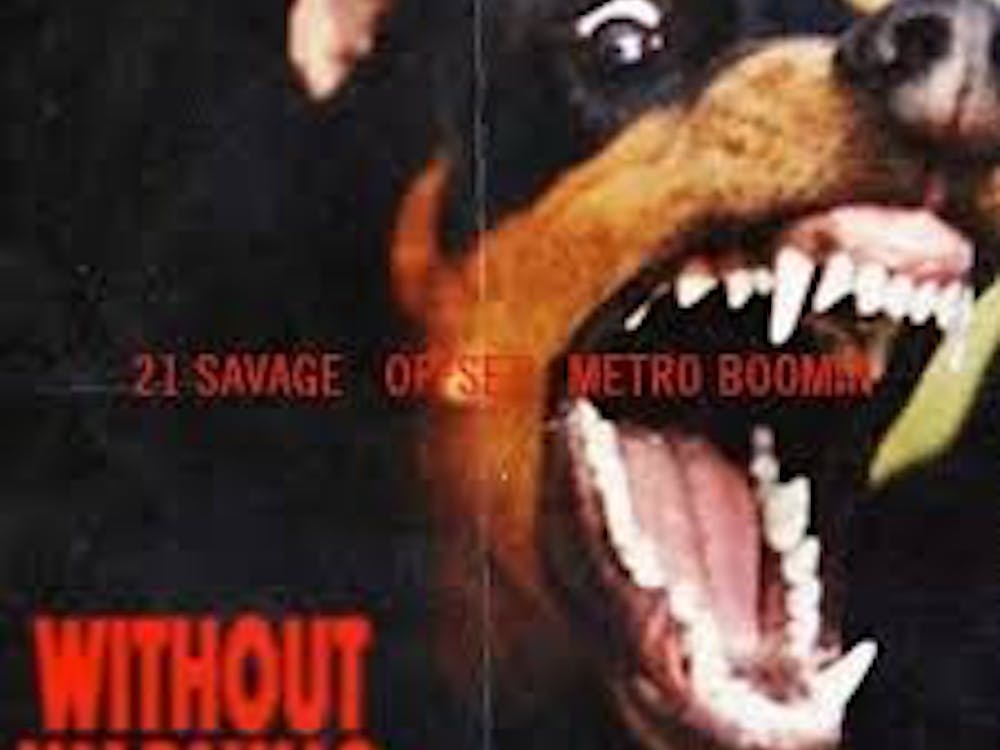 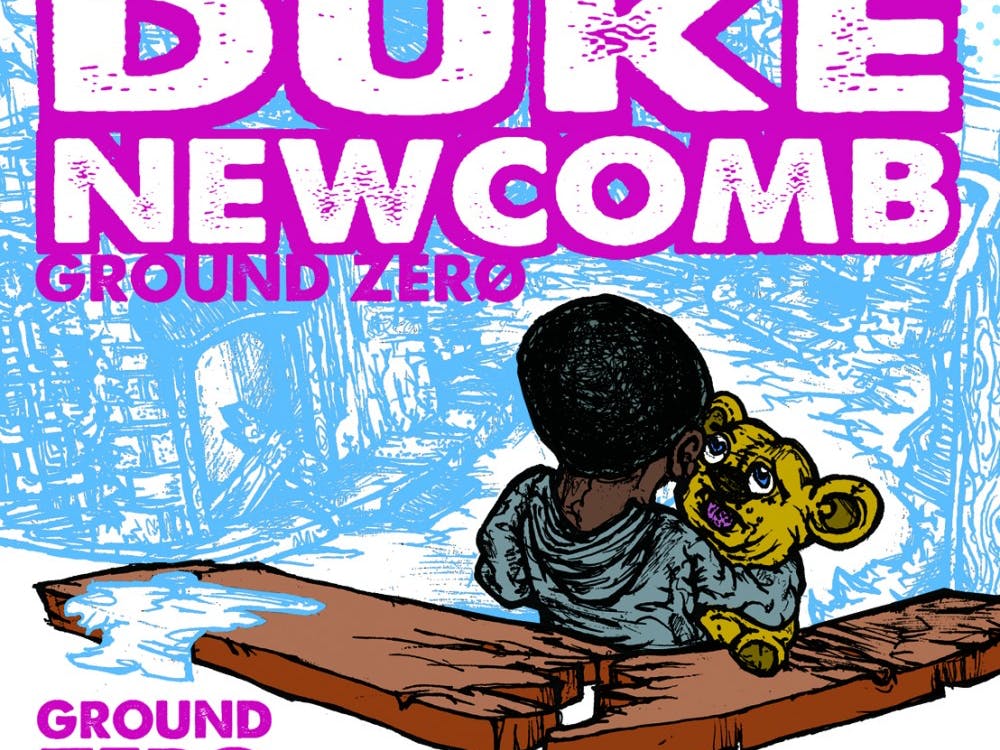