English Grad Students Host a Day of Art and Research

There were 15 other presenters this year from the College of Arts & Sciences graduate programs speaking on 19 different topics. The topics were divided into eight sessions at Pray-Harrold:

• Women and the Word

Language and Culture included “Northern Cities Vowel Style Shifting: Evidence from Jewish Women in Metro Detroit,” which discussed a study around how the spoken word, specifically vowels, differ amongst generations within a similar culture. The presenters were Rachael Crain, Mae Bower, Shelby Taylor and Janet Lapalla from the Linguistics master program.

“The children don’t want to talk like their parents,” the presenters agreed.

Kennedy’s three topics included a rhetorical analysis of illuminations: “Reflections of Earth,” which examines the three-part fireworks presentation at EPCOT in Walt Disney World, Disability Accommodations in Writing Classrooms and “How #MeToo Became #WithYou in a Japan Where it is Still Unsafe to be a Survivor.”

With this last topic, Kennedy drew from their own personal experiences of studying abroad and teaching English in Japan. They shared their insights in this discussion around the cultural differences that impact popular opinion and emerging social issues.

One of the last presenters was Christina Sears-Etter, who performed poetry. This performance, “XXXYZ,” was an interactive presentation in which the audience participated using props such as wine glasses and bubbles.

Sears-Etter is a Poetry graduate student and has a background in stage performance. Through her use of props and wardrobe changes, Sears-Etter engaged the audience and formed an emotional bond. The audience was especially responsive to the “Retro Valley Girl” performance, laughing along as the story unfolded.

Kennedy hopes to hold the fourth annual conference next year and said they plan to make it more inclusive in the future. Beyond graduate students from the College of Arts & Sciences, EGSA has discussed bringing in different programs with a wider diversity of topics. Those in graduate programs that are interested in presenting will be able to gain valuable resume experience, as this is an academic event.

This conference is also an opportunity to network with graduate students from other colleges and to practice presenting for larger academic events. As far as the audience goes, admission is free and Kennedy invites everyone to attend.

“We really wanted people who are not graduate students who are maybe thinking about taking the plunge into graduate school to consider coming just to see what graduate level research in English and Humanities looks like.”

There were also open Q&A sessions after every presentation that allowed for another opportunity to connect the audience with the presenters and create an open dialogue. 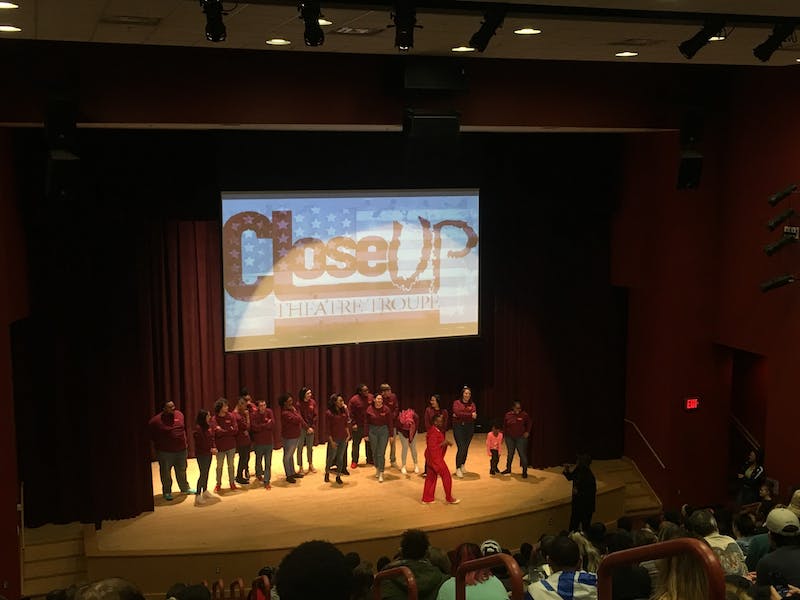