By Patricia Mulroy and Ashlee Buhler

Hundreds of people filled the streets of Pearl and Washington to celebrate Ypsi Pride for the third consecutive year on June 7.

Furillostar, a rising Flint artist who kicked off his pride festival tour in Ypsilanti, headlined the event. However, the family-friendly drag and burlesque shows were another big draw.

Kitty Bourree, who runs one of the performing groups, Kitty Delicious Queer Burlesque, spoke about the impact the show could have on young children.

“The little people in the audience; I watch their faces and if I had had a chance at their age to see femininity celebrated without limitations . . . I think my path in life would have been slightly different,” she said. “I would have gotten here a lot faster.”

During the evening, members of the LGBTQ+ community shared their personal experiences and struggles as queer individuals.

Michael Anthony, a 28-year-old transgender man, was met with applause as he talked to the crowd about the challenges transgender people face in healthcare.

“Every time I walk into a medical center I have to check an ‘F’ for female,” he said. “Why is that? Because that’s how I’m legally recognized. Technically I could change my gender marker for a fee, but that’s only because I’ve had what’s considered to be a gender confirmation surgery.

“Why do I have to have surgery to be recognized as me? I shouldn’t have to. At the end of the day, if I did go and change my gender marker, my options are male or female. Where does that leave my non-binary siblings?”

Anthony noted that being treated respectfully and finding proper care as a transgender person is almost impossible.

“It is rare that I find a doctor that knows as much about trans-related care as I do and I have no medical background,” he said. “Those people are out there but the system is definitely working against us.”

While speakers and performers were on stage, festival-goers could shop and receive information from the various supporting organizations and business that lined the streets.

Some other festivities for the evening included a body positivity workshop hosted by Kitty Delicious Queer Burlesque and a Zumba class by Radha in Go! Ice Cream.

Ypsilanti Freighthouse hosted an open art gallery where a handful of LGBTQ+ artists had their work on display and available to purchase.

Seth Best, a local transgender artist, said he tries to incorporate pride in all his work in honor of the long journey he’s been on.

“Being a trans guy, I think that I always want to be prideful because it’s been a long journey,” he said. “It’s been 13 years since I came out as a trans man.

"I like seeing the rainbow because the rainbow, to me, means this is a space where I don’t necessarily have to explain myself . . . We’re all a little different and we’re going to celebrate that and the way we do that is with rainbows.”

The mission statement for Ypsi Pride states that the goal of the event is to unite members of the LGBTQ+ community by reaffirming their visibility and inclusivity in the community. Kitty Kouture, a drag queen from PopArt, said the event did just that.

“I love to see everyone come together, waving their flag and being proud of who they are.” 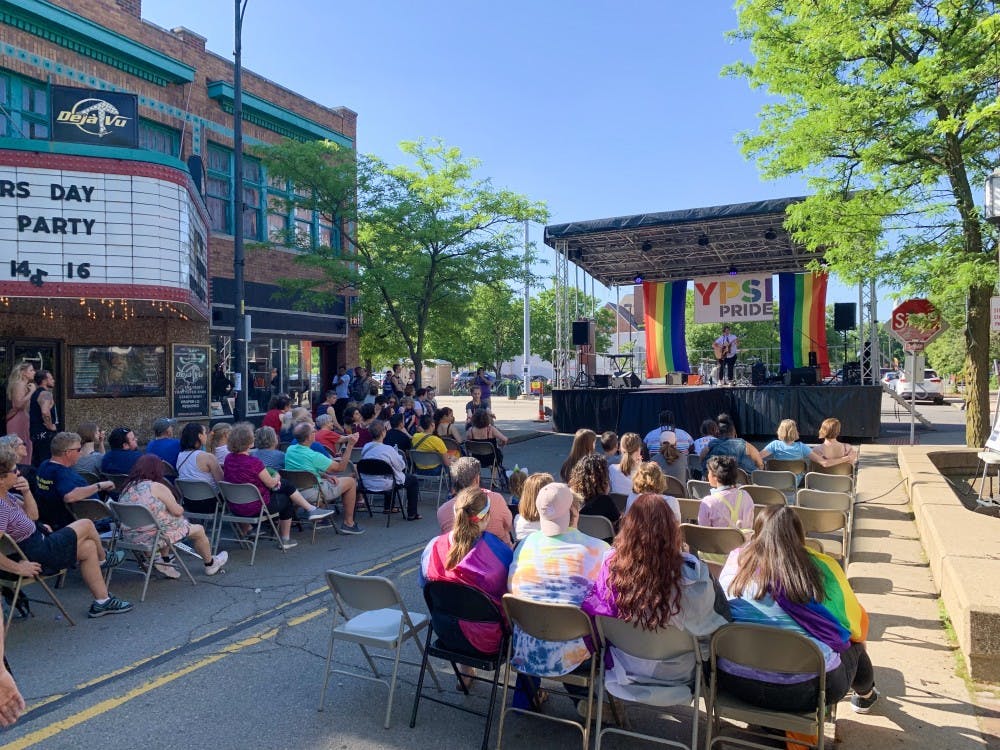 Opinion: Straight pride is not happening

Why LGBTQ+ Needs to be Taught in Schools