The executive report for the Business and Finance Committee meeting sparked tension in the Senate when overspending was discussed.

The Senate Meeting on Tuesday, Sept. 24, brought tension within the meeting room.

Director of Business and Finance Mohammad Aggour gave his executive report at the Senate meeting on Tuesday, Sept. 24, regarding the previous week’s committee meeting. Aggour discussed how more money was allocated at the meeting than what was initially agreed upon to stay on budget.

“We held the first meeting on Tuesday, Sept. 17,” Aggour said. “The committee allocated a total of $13,200 to four student organizations and two club sports. Before the meeting, the committee discussed how much we should allocate each meeting to stay on budget. On Tuesday, we went over the recommended amount. Some Senators disagreed on how much money should be spent, and this is what they were discussing this past senate meeting.”

The Business and Finance Committee has the responsibility of reviewing the allocation requests from student organizations and club sports to determine the amount of money they will receive. The amount budgeted for allocations for the year is $96,750. The money allocated to student organizations on Tuesday, Sept. 17, ended up being more than double what was originally budgeted prior to the committee meeting.

“I made sure that I told the Senators on the committee that we have a limit of how much we intend or want to hand out each committee meeting so that we don’t go over budget and we definitely shot through that,” Aggour said. “The amount that I told the senators was $4,000 for student organizations and $3,500 for club sports, so a total of $7,500. So right now in our first meeting we allocated $10,000 to student organizations and $3,200 for club sports. I believe that is way too much.”

“At this rate we will be out of money by Nov. 3,” Aggour said. “I know that’s not going to happen, we just need to keep this in mind.”

During the Senate meeting, Senator Reid Scott was called upon to ask a question or point of clarification during Aggour’s report.

“Anyone who was at the Financial Committee last week knows I was very unhappy with it,“ Scott said. "We made no hard decisions whatsoever. We completely got rolled over and were a bunch of ‘yes’ people and you can’t do that because, as Director Aggour said, we are going to blow through our budget before the semester even ends and we have to make tougher decisions on that. We cannot give everyone the full amount they ask for. Tough decisions have to be made and they need to followed up with actual tough decision action.”

Parlimentarian Jack Swartzinski then called a point of order since Scott was not asking a question or for clarification from Aggour.

“I believe this time is supposed to be spent for asking these directors questions, it may be more appropriate to have this sort of discussion in closing discussion rather than in Executive Report time,” Swartzinski said.

When questioned further after the Senate meeting, Scott apologized for his outburst.

“I don’t think it needs to be blown out of proportion,” Scott said. “Not just saying that, we don’t have that deep rooted disagreements. Last night (Tuesday, Sept. 24,) when I spoke, I did speak out of turn, the time was supposed to be for questions and I did go out of order. I take responsibility for being overreacting. We on the committee aren’t fighting or anything about things. I feel like this is my fault and I blew things out of proportion. I did not mean to cause all of this and feel totally responsible for any feelings of this.”

While the Business and Finance Committee could agree the meeting on Sept. 17 did not go as planned, they have varying opinions on whether allocating more money than originally budgeted is detrimental or beneficial.

Senator Alexa Cooley served on the Business and Finance Committee last year and is a returning member for this year. Cooley described the committee meeting as “trying” but believes that the differences in member’s ideology will be a strength. Cooley stated said that spending money on students should not be viewed as a negative.

“I believe that any opportunity that we have to support students is one we should take. Especially at the beginning of the year when we have welcome back events and before students are buried in their schoolwork, they should be given the opportunity to socialize and learn on campus,” Cooley said. “My philosophy is that every dollar allocated to an organization is beneficial. Every group comes to us for a reason, and not giving people that care enough to fill out the paperwork and present at the meetings some consideration is just ridiculous. We should not dismiss any organization on the sole fact that their request does not fit into our budget. If their request is not in line with the values set forth by the committee in my eyes, I will speak up.”

The disagreements among Senators were evident in the Senate meeting but Cooley said she will confidently stand by her votes in a way that prioritizes students here at EMU.

“My role as a member of Student Government is to first and foremost benefit our students, who deserve everything that we are able to give them,” Cooley said. “I look forward to continue serving the student body as a Senator and funding events and services that are beneficial to our student body. We need to focus on helping students first and I will continue to vote in a fashion that accomplishes that goal. My vote is my own and I stand by them.”

When interviewed, Senator Marisa Salice said she will also continue to vote in a way she believes will benefit students.

“I will continue to vote in ways that benefit the students of Eastern Michigan University, but I also believe in allocating money in a responsible manner,” Salice said.

When asked what the committee’s next steps would be, Aggour said it would depend on how many organizations have allocation requests before the meeting.

Two members of the Business and Finance Committee could not be reached for comment. 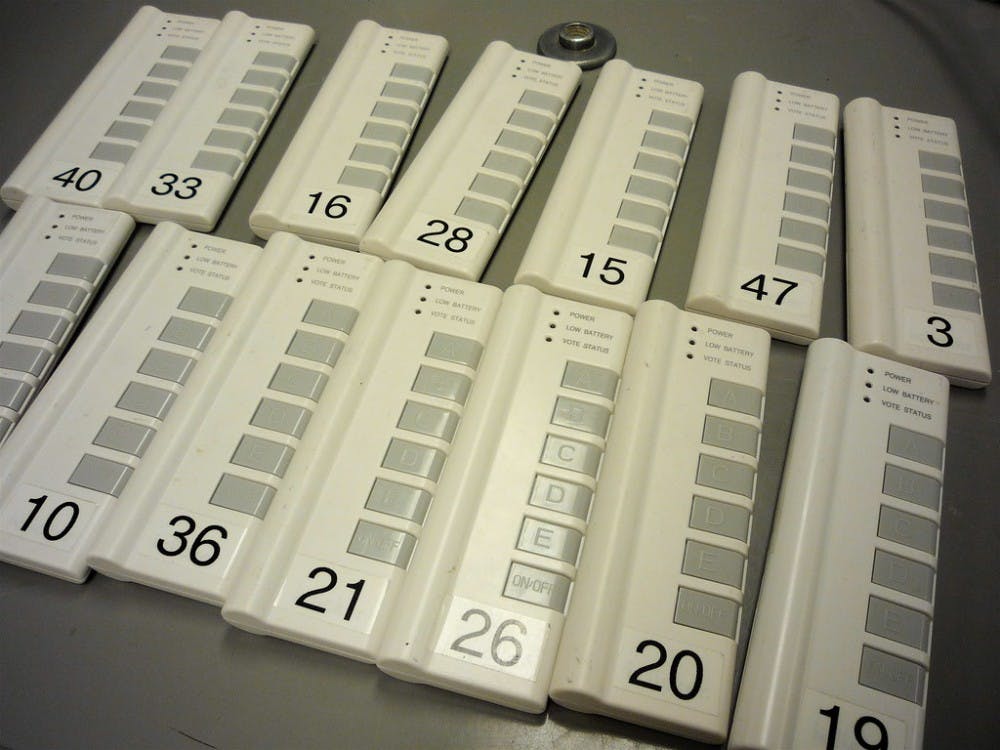