Week 10 Preview: The Eagles look ahead to matchup with Buffalo

Eastern Michigan University football returns to action against Buffalo on Saturday, Nov. 2 at Rynearson Stadium. Both teams are looking to make up ground in the MAC standings with the Eagles two games back in the MAC West and the Bulls one game back in the MAC East.

On a wet and gloomy afternoon, Eastern Michigan and Toledo shared a back and forth, hard fought and high staked football game. With the inclement weather, running the football would prove to be very important for both teams. Eastern Michigan allowed a season-high 366 rushing yards.

The Eagles will look to clean up some of their mistakes ahead of the Buffalo game. Eastern Michigan gave up a season-high 366 rushing yards to Toledo, including 259 yards to Bryant Koback. The Eagles did force three turnovers and recovered two of those against the Rockets, showing a push for offense.

“Ultimately we were really disappointed that we didn’t finish the comeback against Toledo so I think we’re disappointed by that,” Creighton said. “We watched the film and some was good, some not so good. We have to learn from that. There are moral victories but you can separate that from the actual victory, or lack thereof.”

Mike Glass III, who started at quarterback for the Eagles after missing the game prior, threw for 286 yards and one touchdown in his return. Shaq Vann ran for 110 yards and two touchdowns on 20 carries in his second game since coming back from injury. The Bulls will start Jaret Patterson at running back, who has 835 yards and five touchdowns on the season.

“Right now, we have to wash it and move onto Buffalo. We have to look at the bigger picture. We have four more games and we have to put our best foot forward,” said senior defensive lineman Ty Eddington. “Our program is going up. It’s always been a positive from here. The future is so special.”

Drake Sutton also touched on the upcoming matchup: “Moving into the last four games, it’s mainly to take one game at a time. We want to win every game. The only thing we can do is take it one game at a time. This week it’s against Buffalo. A win would be huge for us. It would put us on the right course to ending our season right.”

The Eagle’s are favored to win by two points. The game will kick off at 12 p.m. 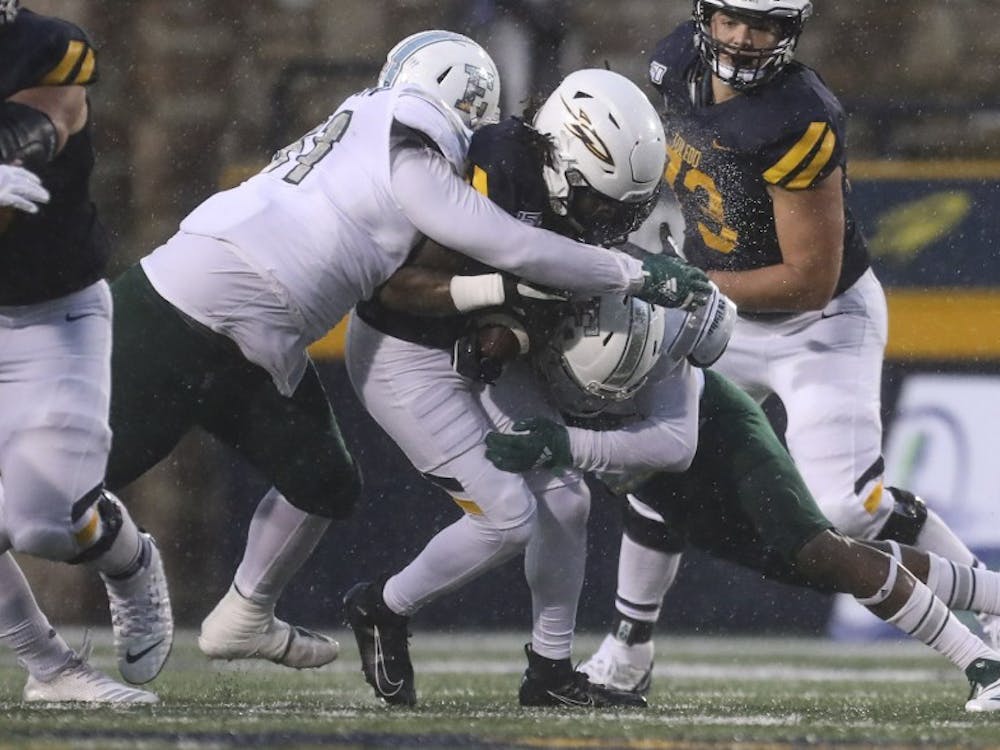