Natalia Pineda guarded by Central Michigan at the Convocation Center on Jan. 22.

The Eastern Michigan Eagles (10-11, 5-5) women’s basketball team fell short on Wednesday, Feb. 5, against the Ohio University Bobcats. Unfortunately for the Eagles, it was their second loss in a row. This was a challenging game for the Eagles considering their top two scorers Aaliyah Stanley and Arenna Combs were out.

Despite missing some star players, sophomore point guard Jenna Annecchiarico led the Eagles contributing 17 points and 10 rebounds to the game. Annecchiarico also found the opportunity to dish out five assists. This resulted in her first career double-double.

Junior Courtnie Lewis followed with 13 points, and not far behind was redshirt sophomore RayJon Harris tallying 12 points. Juanita Agosto also added 10 points, three steals and two assists in the loss for EMU. Only two other Eastern Michigan players scored, though, as Kiara Johnson and Corrione Cardwell combined for 13 points.

The Eagles were down 20 points in the third quarter and although there were challenges, EMU continued their efforts by sinking five of their last six shots to pull a little closer. Harris came out hard in the fourth quarter, obtaining six points and one rebound. Despite Harris and the rest of the team’s late effort, the EMU Eagles fell to Ohio 75-65.

Erica Johnson finished with a game-high 20 points, 10 rebounds and five assists on 40% shooting from 3-point range. Closely behind her was Gabby Burris, who totaled 19 points and six rebounds. The Bobcats had two other players score in double figures as Cece Hooks and Amani Burke combined for 29 points and 7-for-9 shooting from the free throw line.

After winning two straight games, the Eagles have now fallen in their last two outings. EMU recently collected victories over Northern Illinois and Toledo to get their record back above the .500-mark but they’ve since lost to Akron and Ohio by a combined 17 points, the most recent loss coming at home.

The next outing will take the Eagles west as they take on the Broncos on Saturday, Feb. 6, at 2 p.m. in Kalamazoo. The game after that will be on the road as well against Bowling Green on Wednesday, Feb. 12. The next Eagles home game will be versus Akron on Saturday, Feb. 15, at the Convocation Center. 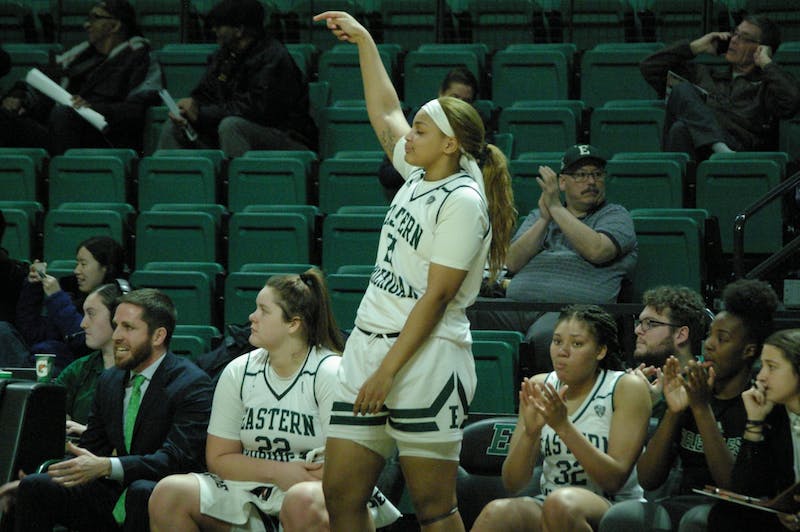 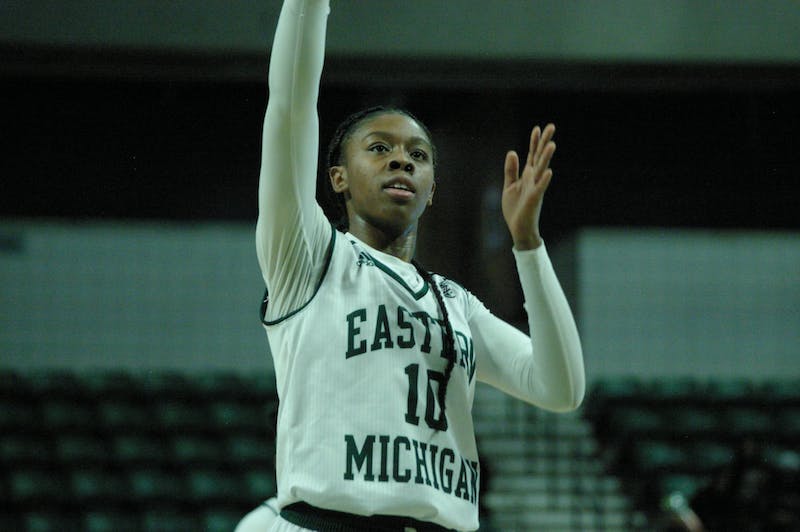 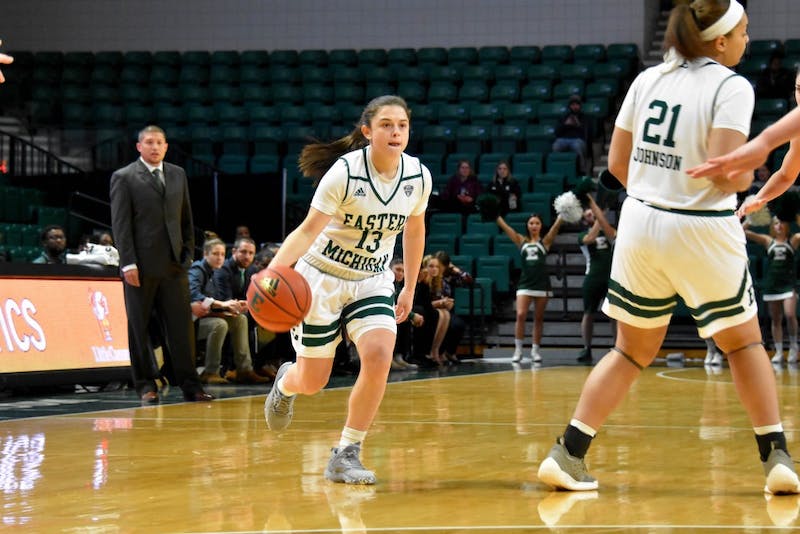