The last week has seen nonstop coverage in the news media and on our Twitter feeds about police violence and the protests that have sprung up - across all 50 states - in reaction to the killings of George Floyd and Breonna Taylor. Activists and everyday Americans across the nation, and even in my small, rural home county, have taken to the streets to protest the now highly publicized issue of police brutality.

Personally, I think keeping it to “All 50 states” doesn’t quite give you the scale of it. pic.twitter.com/mIOiYkxeF4

If you’re familiar with history, especially that of African Americans, you know that police brutality is nothing new; really, the news media after Ferguson began to see the merit in covering incidents of police violence, therefore exposing the centuries-long problem, and changed the way America discusses the issue. Since the media began covering the issue, the number of incidents of police brutality have actually gone down - especially in areas which pushed for police reform. The purpose of the Black Lives Matter movement is exposure to an otherwise ignorant public.

The protests, then, are not a mere reaction to some new phenomenon of police brutality; they’re not the latest outrage fad. They are an extension of years of disparate treatment to black people in America by the police, whether that is in the context of de jure discrimination (enforcement of Jim Crow laws) or de facto discrimination (The War on Drugs or stop-and-frisk policies).

This is why the narrative that the protests are an extension of Bernie Sanders’ electoral “revolution” is tone deaf. The activist class didn’t look at the unjust killings of George Floyd and Breonna Taylor and say “this is why we need Bernie in the White House.” They didn’t turn to national electoral politics, nor should they.

The narrative with these protests is that change can be advocated by “We the People” outside of the voting booth. People across America are not taking to the streets to vindicate Sen. Bernie Sanders or “stand up to the political establishment.” They are taking to the streets to advocate for change outside of the electoral realm, because they see merit in appealing to public opinion rather than placing their trust in closed off activist-lobbyist-politician circles.

Bernie Sanders ran on transforming America and shouldn’t be faulted for that. All arguments about his tenuous strategy and questionable campaign staff aside, he had the policy strengths that would push the United States into a more progressive and compassionate direction. That does not mean, however, that he alone would make a meaningful difference in the area of racial justice, nor does it mean that former Vice President Biden isn’t committed to the issue.

The small differences between the two in most policy areas, given the federalist structure of the United States, would not make as much of a difference as their rhetoric seems to reflect. Neither Biden nor Sanders would threaten unarmed protesters with lethal force like President Trump did in his controversial tweet. Biden and Sanders have both stood up to the President with gusto about his excessive use of executive authority to scatter protesters and stage a photo-op rather than lead an ailing nation.

Whatever you say about whether Bernie should be the nominee, he did not receive the necessary votes. Gaffes aside, Biden has shown to be competent in leadership and advocacy, as expected of a potential chief of state. Further, he is much more trusted than Trump on both racial inequalities and police reform, for what it’s worth.

The narrative during these protests, though, shouldn’t be a relitigation of who should be the Democratic nominee. While something ought to be done legislatively, that’s not solely under the direction of a president or presidential candidate. The Black Lives Matter movement should straddle community advocacy and legislative reform, and the presidency is not the primary avenue. We cannot just vote out or legislate away the issue of police using excessive and lethal force. We must have a dual approach of public exposure and legislative reform at local, state, and national levels.

If the Black Lives Matter movement is to extend into the realm of policy and electoralism, the best way to proceed is through local prosecutorial offices, state legislatures, and U.S. Congressional races. While the President of the United States can be helpful in leading the ticket for some of these races, he cannot unilaterally change how our police forces operate, unless he is to welcome criticism from all fronts for such a large extension of federal and executive power. In other words, if we are to take the electoral route in seeking reform, it has to be from the ground up.

Relating the conversation about police brutality to who “should be” the Democratic nominee transforms it into a pointless conversation about electoralism. While electoral politics have some limited transformative elements, they can’t be relied upon for everything, and certainly shouldn’t overshadow a grassroots advocacy movement which impacts black lives.

Presidential candidates and legislative chambers aren’t our saviors; we can’t simply rely on voting out oppression. We must keep that in mind as we continue to persuade our fellow Americans and pressure our elected representatives for needed reform. We must have a bottom-up approach in both electoralism and advocacy. We the People have power when we know how to use it and don’t get distracted by arguments meant to divide. 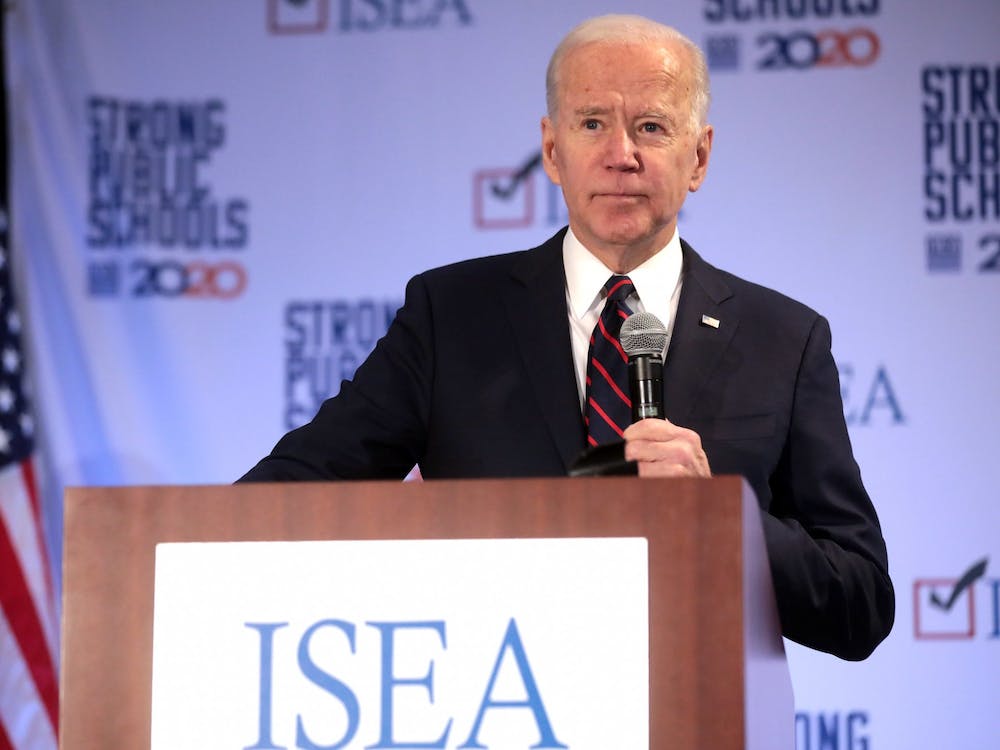