This protest comes in the wake of worldwide protests in support of the Black Lives Matter movement after George Floyd, Breonna Taylor, and more were killed by police officers.

In Ypsilanti, there was also an incident in which Sha’Teina Grady El, a black woman, was repeatedly punched in the face by a white Washtenaw County Deputy as her husband, Danyal Grady El, was tasered while trying to defend her. The couple appeared and spoke at the protest yesterday.

Terril Tamon Cotton organized Saturday’s protest. Cotton is a lifelong resident of Ypsilanti, a black man, and a Black Lives Matter activist. Cotton has attended a few protests in the past however, Saturday was the first protest he has organized.

“I organized this for Black Lives Matter to help black people get change in this world. A lot of things are against us in this world, that needs to change,” Cotton said. “[People who lack knowledge about BLM] kind of need to learn some things and be educated about certain things. Look it up and see how Black people been treated and help change it. It takes more than us Black people to change it, we need all the races to help us change it.”

Cotton was “not expecting” as many participants as there was and was happy about the amount of participation.

Monica Ross-Williams spoke at the protest as well. Ross-Williams is a lifelong resident of the Ypsilanti area, business owner, activist, and the third African-American female to hold a position of elected leadership on the Ypsilanti Township Board of Trustees.

Protesters also questioned and spoke to Ypsilanti Chief of Police, Tony DeGiusti, outside the Ypsilanti Police Department. Multiple protesters criticized that he was armed with a gun at his side causing them to feel unsafe. Chief DeGiusti took a knee with protesters after protesters urged him to. 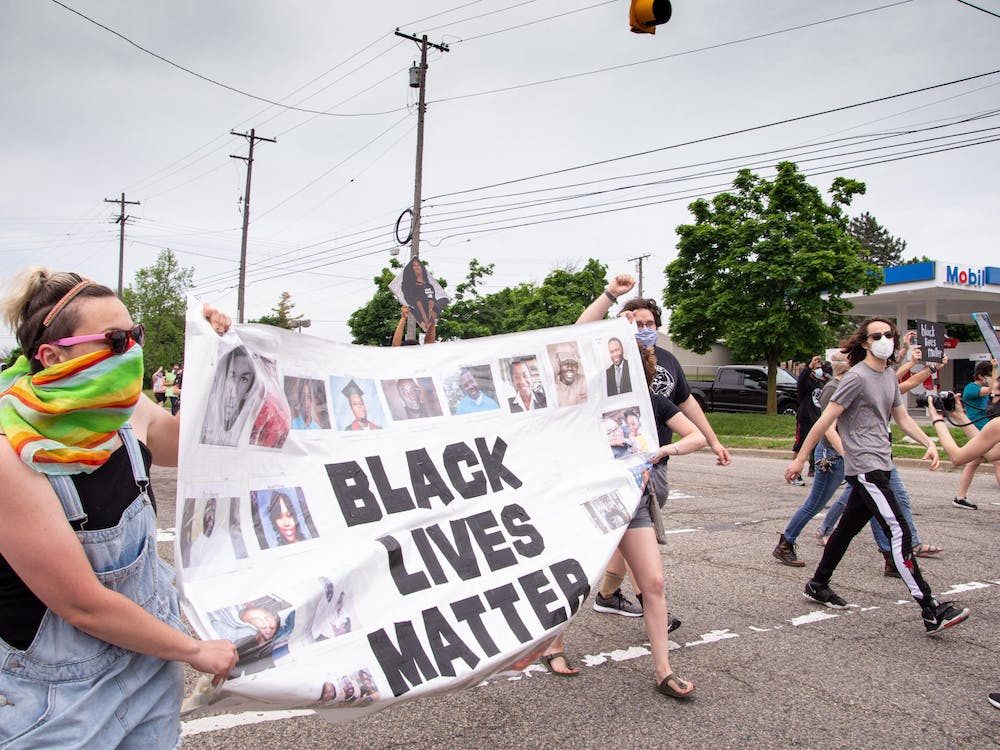