Opinion: Four eerie books you should read this fall

Ghosts, witches, bats, oh my! These four book recommendations are sure to keep you entertained and spooked this fall season.

Everyone loves a good fall tale. Whether you’re out looking for ghosts or under a cozy blanket, here are some of my recommendations for books to keep you company.

After her mom accepts a job as an artist with the Sterling Foundation, Marigold moves with her new blended family from sunny California to Cedarville, hoping for a fresh start and to leave the past behind her. Her mom’s job comes with a free, newly renovated house that resides on the dilapidated Maple Street, where the neighbors are anything but welcoming.

Suddenly, things start disappearing, a strange smell begins seeping out of the vents, and Piper, Marigold’s troublesome younger stepsister, claims someone in the house wants her gone. After these occurences, Marigold is certain Cedarville is hiding something, and she plans to find out what.

In this magical realist graphic novel, the titular Snapdragon befriends an elderly woman, Jacks, who is rumored to be the town’s witch. After needing a favor and striking a deal, Snap becomes her apprentice, realizing Jacks might have real magic and a connection to her family history that may explain a creature that has been haunting them for ages.

Snapdragon skillfully portrays nuanced LGBTQ+ characters, quirky family dynamics, and self-discovery, reminding readers if they believe in themselves, something magical just might happen.

3. "We Have Always Lived in the Castle" by Shirley Jackson

When someone poisons the sugar bowl with arsenic at the last Blackwood family dinner, the residents of the nearby small village are convinced one of the surviving members is the murderer. The only survivors — Mary Katherine, her sister Constance, and their Uncle Julian — are ostracised, seeking solace in the one thing they have left: their home.

When their cousin Charles turns up, threatening to take everything away from them, Merricat—a nickname for Mary Katherine—will go to any lengths to protect her family from outsiders, even if it means destroying the things she loves.

Shirley Jackson's final work, "We Have Always Lived in the Castle," is a mystery novel about love, family, loss, and the things we will do to protect the ones we hold dearest.

Recognized as the master of horror, Junji Ito’s 13-story horror manga collection, "Smashed," is as entertaining as it is disturbing. From thirsty blood-sucking bats to the eponymous gore-filled "Smashed," Ito leaves little to the reader’s imagination with a black and white art style that is both horrifying and entrancing.

"Smashed" is a look into the frightful mind of Ito, and the unimaginable world of terrors he is able to conjure.

Whether you love horror novels or mysteries, all of these reads are perfect for the start of October and the entire fall season. I hope you are able to check out these spooky finds, and I hope they shake you as much as they shook me! 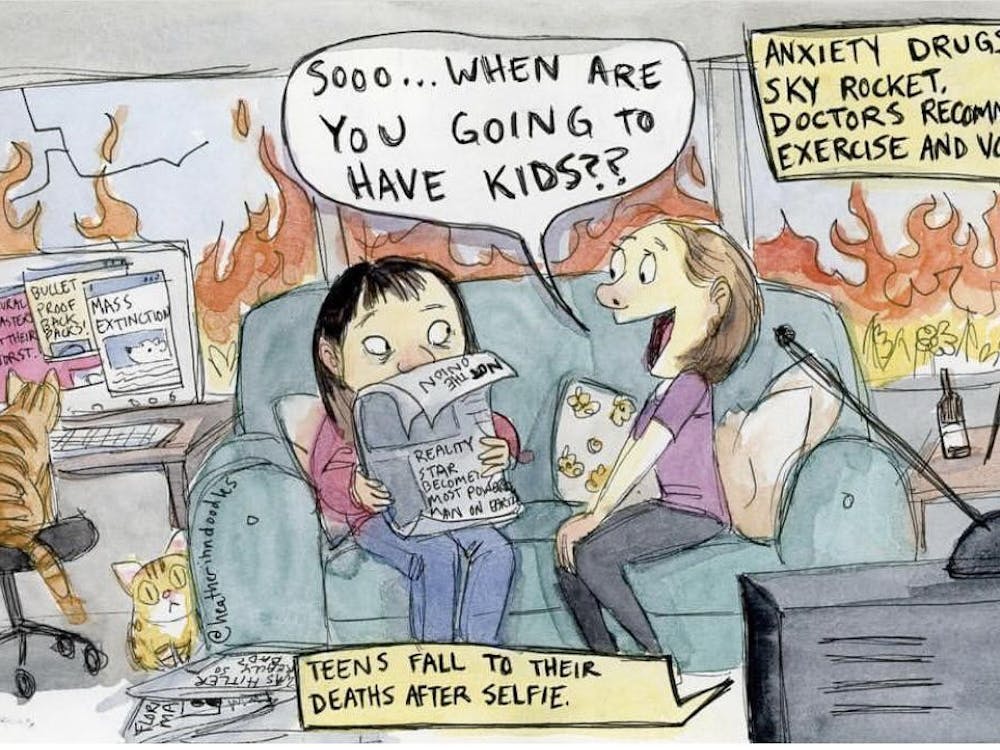 Opinion: The Societal Pressures To Get Married And Have Children Are Unhealthy