On Dec 11, 2021 Eastern Michigan University announced during halftime that the Convocation Center will now be known as the “George Gervin Game Above Center."

George Gervin is a former student-athlete of Eastern Michigan University and played in the NBA for 10 seasons. Gervin is a member of Eastern Michigan’s 1,000-point club (1,044) and had his jersey retired in 1986. In 1993, he was inducted into the E-Club Hall of Fame. In 1996, Gervin was inducted into the Naismith Memorial Basketball Hall of Fame and named one of the NBA's top-50 players of all time. Recently, Gervin was named to the NBA 75th Anniversary Team. 2021 marks twenty-four years since the Convocation Center has been on EMU’s campus, the same number as George Gervin’s retired jersey. “George Gervin Game Above Center” begins a new era of EMU Athletics.

As part of the initiative to upgrade university facilities, the $29-million 204,316-square-foot arena is not only home for EMU Athletics.The Convocation Center has also hosted entertainers like Ludacris, Jay-Z, and Dave Chapelle, as well as events such as trade shows, job fairs, conventions and more. In 2008 the WNBA’s Eastern Conference Finals and the WNBA Championship were held at the Convocation Center.

"We are incredibly proud to place George's name on our arena," shares EMU Vice President/Director of Athletics Scott Wetherbee in an article released by EMU Athletics. 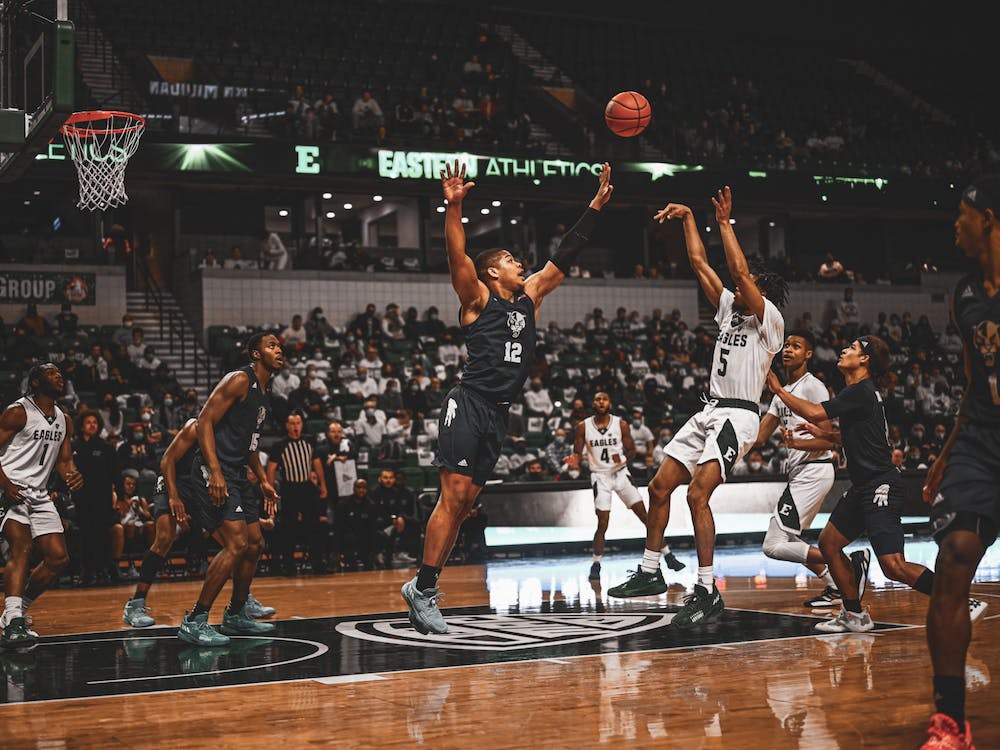 The “Iceman Returns” to Ypsilanti; Eagles triumph against FIU in chilling 4OTs