EMU swimmer prepares for a race at Jones Natatorium on Jan. 24.

During the first day of competition EMU participated in two relay events, the 200 medley relay and the 800 freestyle relay.

The 200 medley relay team included Lainie Bell, Riley Hofmann, Ali Staver, and Kiersten Russell. The team finished in sixth place with a time of 1:40.74, recording a season-best for them.

In the 800 freestyle relay, Eastern Michigan placed fifth with a time of 7:20.68. The effort recorded another season-best for the team, including Carlin Hudson, Kelsey Andrusak, Kiersten Russell, and Lucie Fioux.

Bethany Berger finished first in the 3-meter dive preliminaries with a score of 326.15, placing her at 10th all-time in the program's history.

Camryn Hughes earned a third-place finish in the 1-meter dive with a score of 290.65. In the 1-meter and 3-meter dive Bethany Berger earned second place in both events earning her Second Team All-MAC honors.

With a total of 345 points, the Eagles finished the Mid-American Conference Championships in fifth-place. The University of Akron placed first, claiming the trophy with a total of 896.5 points.

Stay in the know about Eastern Michigan’s swim and dive program by following them on Twitter @EMUSwimDive and Instagram @emuswimanddive. 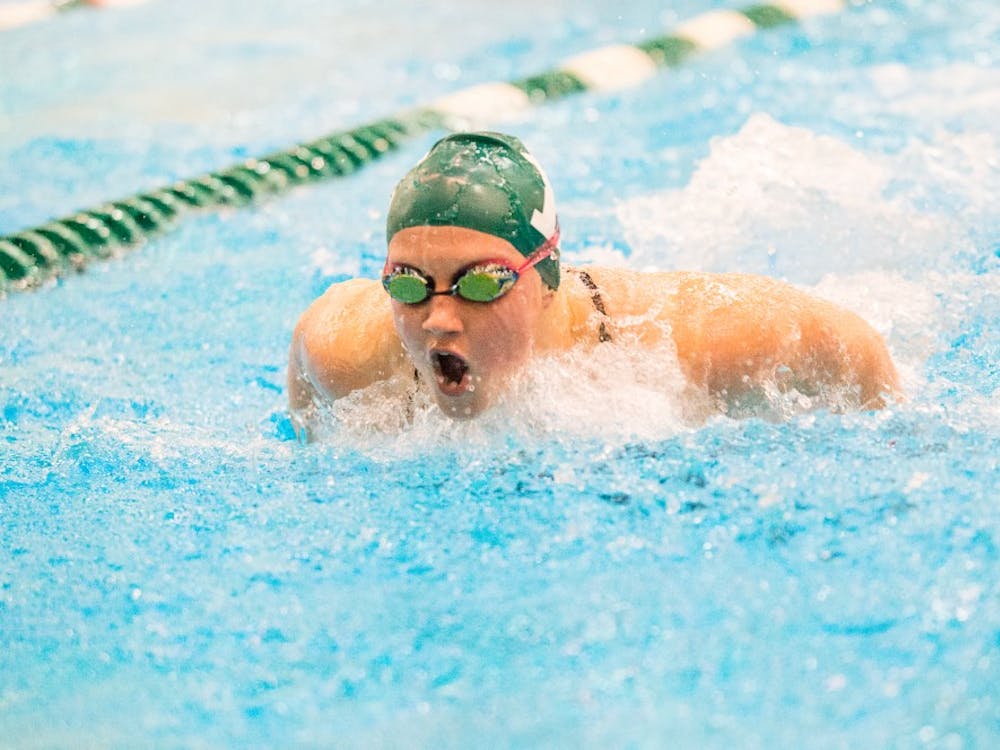