This week the State Theater in Ann Arbor was one of a dozen or so theaters around the country to show special pre-release screenings of one of this fall’s most hyped films, “Paranormal Activity.”

Since premiering last month at the Toronto International Film Festival, gushing reviews of the film have spread quickly on the internet with many calling it one of the scariest films of all time. This led to four consecutive sold-out midnight showings since Friday, with the fifth and final showing happening Saturday night at 12:15a.m. At every showing a line of eager horror fans stretched down State Street with many people who were turned away returning to try again at the next showing.

The excitement seemed rather odd for such an obscure film, but the fact that some people began lining up as early as four hours in advance proved that Paramount Pictures probably has a hit on their hand. That is, if they are smart enough to keep showing the film exclusively at midnight.

The hype surrounding the film really made the environment inside of the theater absolutely perfect for watching a truly scary movie. The crowd was nervously anticipating being scared out of their minds, and the pre-show announcement by the management encouraging those with weak stomachs to take a complimentary bucket, only added to the atmosphere.

This needs to be said up-front: The experiences at this showing dramatically added to the film’s tension. That is, watching this film in the middle of the day will probably be much less terrifying than watching it in a crowded theater at midnight while clutching an empty popcorn bucket. The tension was almost palpable with the entire crowd reacting to even the slightest scares in a way that I’ve never experienced before.

So, is it really as scary as people say it is?

Well, it’s definitely not the scariest movie you will ever see, but it is testament to what a really well-made horror film can be. For the vast majority of the film nothing is really happening, but each scene slowly ratchets the tension up until it reaches its satisfying breaking point.

“Paranormal Activity” is a ‘found footage’ film, meaning that the film has been shot to deliberately look like it is a home-made film that is showing true events, similar to “Blair Witch Project” and “Cloverfield.” Don’t worry, this doesn’t mean every-other-scene is shaky-cam. In fact, for roughly half of the film the camera is perfectly stationary.

The film’s plot focuses on Micah and Katie, a young couple that recently moved in to a house together. After hearing strange noises they couldn’t explain, Micah purchased a camera to capture the paranormal activity on video.

To say the film moves slowly would be an understatement. The first half of the film is almost entirely dialogue between Micah and Katie which provides some background and context for the plot.

For most of the film it’s easy to anticipate the biggest scares, as the plot is divided into day-time and night-time shots. The night-time shots come via a camera on a tripod placed in the corner of the couple’s bedroom which captures the strange occurrences while they are sleeping.

It starts off pretty tame: footsteps, shadows and loud thuds. But as the film goes on the scares get bigger and the tension becomes incredibly thick. Though it takes it a while to gain momentum, this is actually even scarier. The audience keeps expecting the scares to be bigger than they really are, so when things finally get really intense we’ve been sitting on the edge of our seats holding our breath the entire time. I won’t spoil anything, but the ending is incredibly satisfying.

This is not the kind of bloody gore-fest that modern horror fans are used to. The film only has a few jump-out-and-get-you scares, but they never feel cheap. Instead, they just add another layer of dread and anxiety because you’re never quite sure if something is going to jump out of the shadows or not. The anxiety of not quite knowing, and the fact that the line separating the terror of the night from the safety of the day slowly disappears, makes the film unpredictable.

But perhaps the best thing about “Paranormal Activity” is just how real it feels. The film was shot on a $15,000 budget over seven days and never had an actual script. Both main actors are simply making up their dialogue based on prompts given to them by the director, and the chemistry between them is perfect. Both characters feel like real people, and their reactions to their predicament feel authentic and personal.

The audience never sees the creature which is preying on Micah and Katie and some of the most intense sequences are obscured by darkness. It is this sense of tension and anxiety that creates actual, genuine fear. While I didn’t see anyone throwing up or clutching their heart, people definitely exited the theater visibly shaken, though with huge grins on their faces. 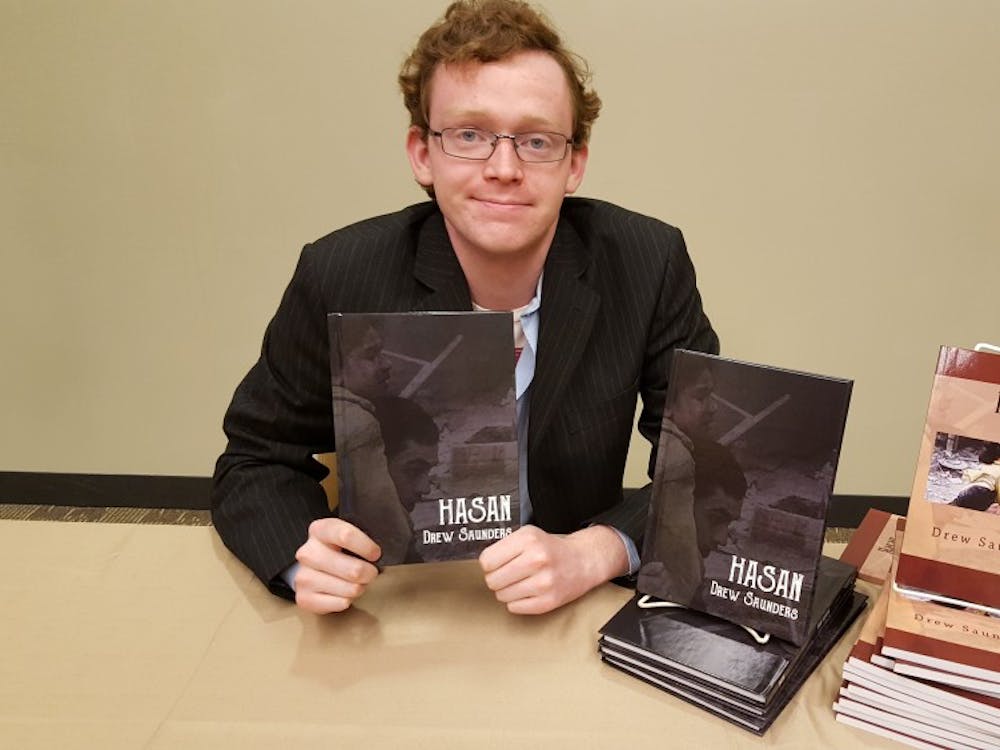 Don't be lonely on the holiday